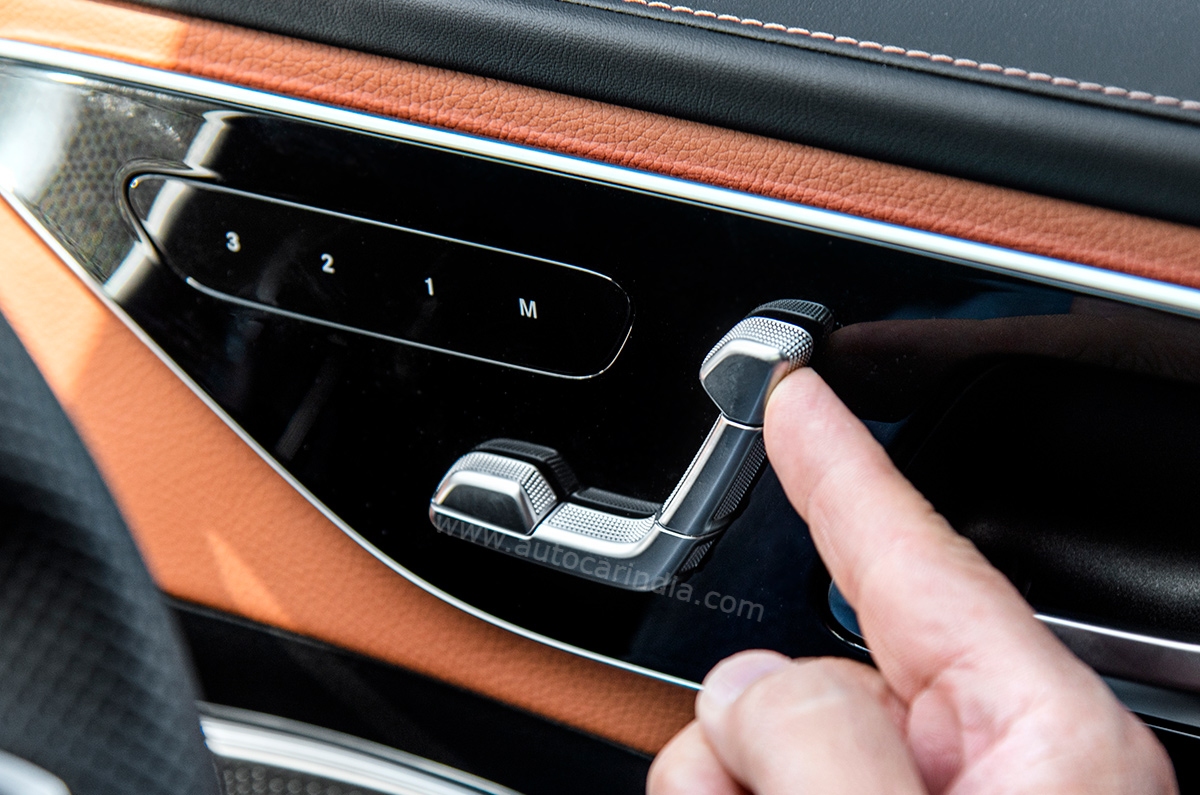 The new C-Class brings several tech features, including a new 11.9-inch touchscreen infotainment system. We bring you a detailed look.

Mercedes-Benz has launched the new-generation C-Class in the Indian market, with prices starting from Rs 55 lakh. Available in two variants – Avantgarde and AMG-Line – across three engine options, the new C-Class borrows much of the tech from bigger, more expensive Mercedes-Benz cars. With the help of tech experts from Stuff India, we bring you an in-depth review of all the tech on offer and how it works in the real world.

The interior of the C-Class closely resemble that of the bigger, more premium S-Class. That sense of familiarity is mainly due to the 11.9-inch portrait-oriented touchscreen infotainment system. Additionally, what also grabs your attention is the 12.3-inch digital instrument cluster, which is the largest in the segment. Both the screens help to create a high-tech vibe inside the cabin, which is accentuated by illuminated turbine-shaped AC vents.

The infotainment screen features the latest version of the MBUX infotainment system (NTG7). There are some key updates like 3D maps, courtesy of Here Maps, and it offers crystal clear details of popular sites and monuments. However, as the C-Class also comes with wireless Apple CarPlay and Android Auto for now, it begs the question – would anyone use the in-built satnav? The plus point of using it, though, is that it also displays in the centre of the instrument cluster, which is easier to look up when you are on the move.

Tilted slightly towards the driver, the big screen might look daunting, but the MBUX system is logically laid-out. The climate control settings stay fixed at the bottom of the screen, regardless of the functions selected in the top half, so quick changes to the fan speed and temperature can easily be executed. A capacitive touch bar under the screen toggles between the drive modes and also has a biometric fingerprint scanner and volume controls.

As many as seven different users can log in through their fingerprint scan or voice recognition, and the C-Class will automatically adjust the seats and steering position, ambient light colours and temperature, and even the last media source and route taken. “Hey Mercedes, load my personal profile” is all that needs to be said for the system to come to life.

Alternatively, you could also use the heavily updated Mercedes Me connected car app and login even before you get in the car, and while you’re at it, even pre-cool the cabin via the app. Of course, it also lets you monitor a plethora of the car’s vital systems like tyre pressure, status of the door, boot and hood, along with sunroof control, geofencing, eco display and much more.

The C200 and C220d – available only in Avantgarde trim – get stock audio system, which feels rather underwhelming with only four full-range speakers doing all the audio duties. The C300d – available in AMG-Line – gets the Burmester 3D surround sound system. With 15 speakers and more than 700W of power, this is the one to go if you are a music lover.

Mercedes has raised the bar with safety tech as well, equipping the new C-Class with Car-to-X platform that allows it to be connected to other new-generation Mercedes-Benz cars that run the same NTG7 (and to a lesser degree, NTG5/NTG too) and stay updated with road closures, accident situations or any other hazard by relaying information via the Mercedes cloud on the C-Class’ infotainment screen; it is still early, with only a few hundred cars using it at the moment, but the numbers are only set to go up.

However, some things could have been better. For instance, the front seats are not ventilated, which is a feature that is becoming increasingly common even in less expensive cars. Also, the attempt to reduce physical buttons seems to have gone a bit far. Even the seat-adjustment buttons, shown as a diagram on the door panel, are capacitive and do not move forward and backward in conjunction with your inputs. It does not feel intuitive to use.

The new C-Class rivals other executive luxury sedans like the Audi A4, Jaguar XE, BMW 3 Series, and the Volvo S60. The Audi A4 comes in three trim levels – Premium, Premium Plus and Technology. Even the base Premium variant gets features such as a 10.1-inch touchscreen infotainment system, wireless charger, and ambient lighting, amongst others.

The Jaguar XF is available in two trims – S and SE. Both the variants get features like the Touch Pro 10-inch touchscreen infotainment system and a head-up display. The BMW 3 Series gets Sport, Luxury Line and M-Sport trim levels. The base Sport trim gets an 8.8-inch touchscreen infotainment system, while the Luxury Line and M-Sport trim levels get a bigger 10.25-inch screen. Additionally, higher-spec models also get three-zone climate control, digital instrument cluster and gesture control for the infotainment.

The Volvo S60 in India is solely available in the top-spec Inscription trim. It gets goodies such as a 9.0-inch portrait-styled infotainment system, four-zone climate control, a premium Harmon Kardon audio system, and panoramic sunroof, to name a few. Additionally, it gets a slew of driver aids like lane-departure warning and adaptive cruise control.