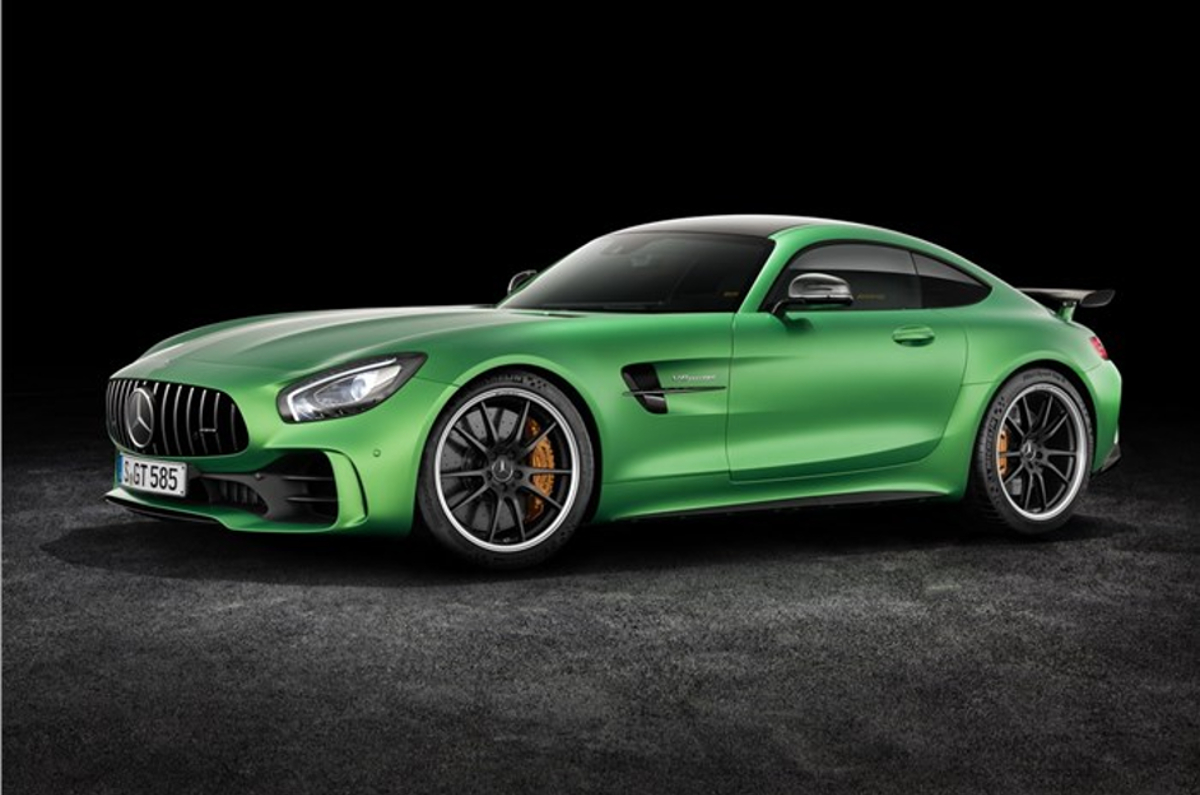 The second-generation AMG-GT to be available as a coupe only; to feature largely the same 2+2 interior as the new SL.

Mercedes-AMG is readying the second-generation of the AMG-GT supercar and this time it will be available only as a coupe. The new GT will be the sister car to the new-generation SL, which will fill the role of the roadster.

In terms of the design, the new GT will be more of an evolution, carrying forward the long bonnet and short-tail proportions of the outgoing model. It will also retain the fastback-style tailgate. Unlike the previous GT, the new model will shift from a 2-seat to a 2+2 seat layout, as did the SL, albeit with detailed changes in trim to reflect its overtly sporting positioning.

The new Mercedes-AMG GT gets the four-door GT 63’s V8 engine with an electric motor mounted on the rear axle to make a combined 842hp and up to 1,469Nm of torque on overboost. If the power figures are replicated in the GT, it will make it one of the most powerful hybrid coupes on sale eclipsing even the Ferrari 295GT and the limited-run Lamborghini Sian.

When it launches in 2023, the Mercedes-AMG GT second generation will feature the 4.0-litre V8 engine, which is expected to offer similar outputs as the SL. The new GT will also get both in-line four and six-cylinder engines.

Further versions will be added during the new coupe’s lifecycle, including more powerful follow-ups to the GT R, GT3 and range-topping GT Black Series.

The Porsche 911-rivalling coupe is based on the same Modular Sport Architecture structure used by the open-top SL but with changes to accommodate the fixed roof and the GT’s fastback tailgate. Longitudinal, torsional and transverse rigidity have all been increased, according to Mercedes-Benz.

Major changes to the new AMG-GT include abandoning of the rear transaxle, a layout first used with the SLS and continued into the first-generation GT. Instead, the new GT’s engine and gearbox are paired up front in a move aimed at freeing up space for a fully variable 4Matic+ four-wheel drive system and rear wheel steering, as seen on the SL.

Despite the change, the new model’s front-to-rear weight distribution is claimed not to vary much from the outgoing GT’s 47:53 figure.

The car will also feature a newly developed Active Roll Control suspension that uses a combination of double wishbones up front and a multi-link arrangement at the rear, with steel springs, variable damping and hydraulically operated roll bars. It gives the GT a “distinctly different diving character”, says Mercedes-Benz.

Active aerodynamics have played a central role in the development of new GT which gets the same front underbody spoiler as the SL. It extends downwards by around 40mm at a speed of 100kph to create a Venturi effect beneath the car, ultimately reducing front axle lift by a claimed 50kg at 250kph. At the rear, the wing deploys and tilts in five different stages to increase downforce at speeds above 80kph.

Like the new SL, the upcoming GT has been developed and engineered by AMG but with key inputs from other Mercedes-Benz divisions. These include the High Performance Powertrain division, which was also responsible for engineering the Formula-1 derived powertrain in the hardcore Mercedes-AMG One road car.