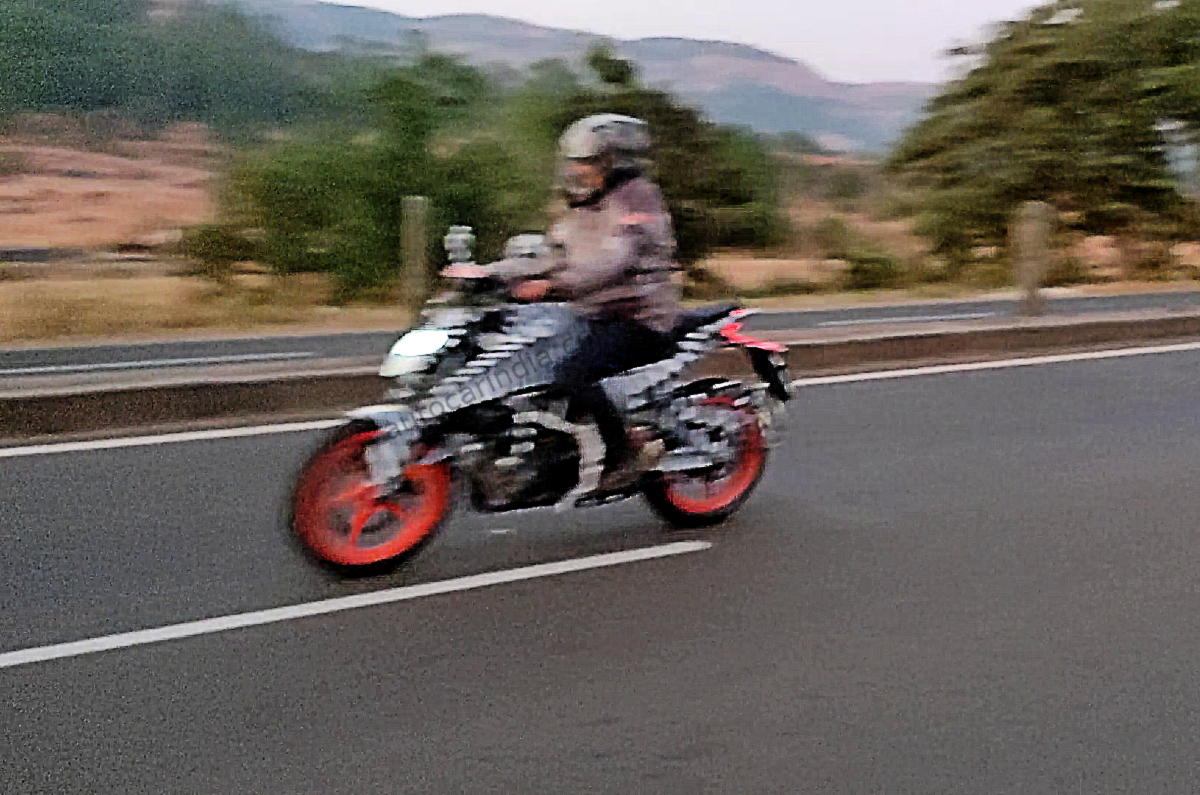 The low displacement KTM Duke models are due for a comprehensive update, with changes to the engine, chassis and design.

A next-generation small-capacity KTM Duke model has been spied testing in India and it confirms many of the previously seen incoming updates, while also revealing some interesting new details about the next-generation Dukes.

Let us preface this story by addressing the obvious and conceding that the spy shots aren’t quite as clear as what you’re usually accustomed to. That being said, we did have a chance to ride alongside the test mule for quite an extensive duration, and observed many interesting details in the process, not all of which can be discerned from the images.

This next-gen KTM Duke that was spied had an LED headlight and a TFT dash, which in India are only seen on the 250 and 390 Dukes. But this test mule also had an underbelly exhaust, not a side-slung exhaust muffler, suggesting that it was perhaps one of the lower displacement models. There are two possibilities here: either the next-gen 390 Duke will revert to an underbelly muffler (this is the less likely possibility), or this was a 125/200 Duke being tested. Consequently, if the second possibility is true, then either the smaller Dukes will get a TFT dash and an LED headlight in India, or this was an overseas model being tested (for example, the UK-spec 125 Duke already sports a TFT display and LED headlight).

The next-generation KTM Duke line-up will be equipped with a new chassis, with changes to the main frame, subframe and also an offset rear monoshock. The bodywork will be all-new as well and even more of the rear subframe now seems to be covered. Additionally, the tank extensions have also been revised and the new Dukes seem like they will look a little sharper. What we also observed on this test mule is that the engine covers are visually slightly different to the current bikes, suggesting some reworking in this department as well. It will be interesting to see whether the rumours of the 390 lineup growing to 399cc are true or not.

The front suspension did not feature any adjustability on the fork tops, again suggesting that this was perhaps a lower capacity model. However, what has changed with respect to underpinnings is the wheels and brakes, which now look very similar to those that you find on the updated RC range of sportbikes. The disc carrier is all but eliminated, with the rotor now mounting directly into the wheel spokes.

The next-gen Duke range will get a new tail-lamp that illuminates in a T-shape, and the headlight is different to the current unit too. The TFT dash appeared to be the same unit as the current models and seemed to have the same graphics as well.

The next-gen KTM Dukes have been spied testing for quite some time now, both overseas and in India. That being said, this latest test mule was still covered in camouflage and some body panels had a bit of a rough finish to them, suggesting that there is still perhaps some work to be done before we see an official unveil, probably in early 2023.

What price do you think the updated KTM Duke line-up will carry? Let us know in the comments section below.