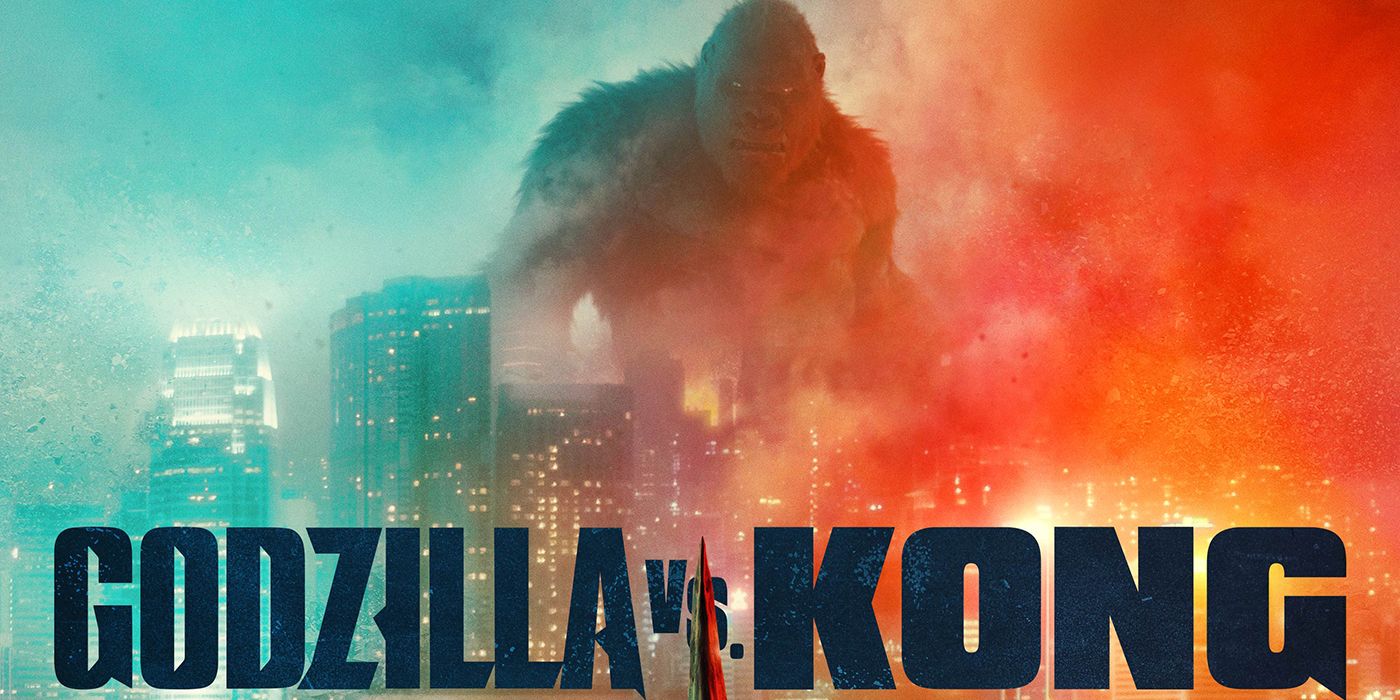 The blockbuster hits theaters and HBO Max in March.

Now that Warner Bros. and Legendary Pictures’ sequel Godzilla vs. Kong is being released much earlier than expected, a brand new poster for the film has been unveiled – along with the news that the first trailer will debut on Sunday, January 24th.

The poster, of course, teases the epic battle between these two titular monsters, but the tagline drills down an inevitability that could lead to a bummer of an ending: “One Will Fall.” When all is said and done, if one of these chunky monsters wins the battle, that means the other loses. How final that loss will be remains to be seen, but it’ll be interesting to see how this blockbuster monster movie concludes.

Godzilla vs. Kong has been years in the making, with 2014’s reboot Godzilla serving as the first film in this so-called “Monsterverse.” That was followed by the 70s-set Kong: Skull Island in 2017 before bringing the action back to the present in 2019’s Godzilla: King of the Monsters. Many human characters have populated these three films so far, but few have really been memorable. After all, we’re here to see monsters break stuff. But Godzilla vs. Kong does have some connective tissue as Millie Bobby Brown and Kyle Chandler reprise their King of the Monsters roles, with Alexander Skarsgard, Rebecca Hall, and Brian Tyree Henry playing the new leads.

Adam Wingard, the filmmaker behind horror films like You’re Next and The Guest as well as the Netflix graphic novel adaptation Death Note, is in the director’s chair this time around, and I’m curious to see how he handles big-budget action. I’ll admit to being pretty underwhelmed by King of the Monsters despite being a fan of director Michael Dougherty, and it also remains to be seen if Godzilla vs. Kong is some kind of conclusion or if it keeps the Monsterverse train going.

Godzilla and Kong: Skull Island both grossed over $500 million worldwide, but King of the Monsters fell way short with a worldwide total of $386 million. Godzilla vs. Kong was already in production by the time King of the Monsters hit theaters so there was no turning back, but perhaps that relatively disappointing box office is why Legendary agreed to let Warner Bros. release Godzilla vs. Kong in theaters and on the streaming service HBO Max at the same time.

We’ll know more when the trailer hits on Sunday. For now, check out the poster below. Godzilla vs. Kong will be released on March 26th.

An iconic sidekick is reborn.


Adam Chitwood is the Managing Editor for Collider. He’s been working for Collider for over a decade, and in addition to managing content also runs point on crafts interviews, awards coverage, and co-hosts The Collider Podcast with Matt Goldberg (which has been running since 2012). He’s the creator and author of Collider’s “How the MCU Was Made” series and has interviewed Bill Hader about every single episode of Barry. He lives in Tulsa, OK and likes pasta, 90s thrillers, and spending like 95% of his time with his dog Luna.

We had concerns over resuming 2019-20 season: La Liga official