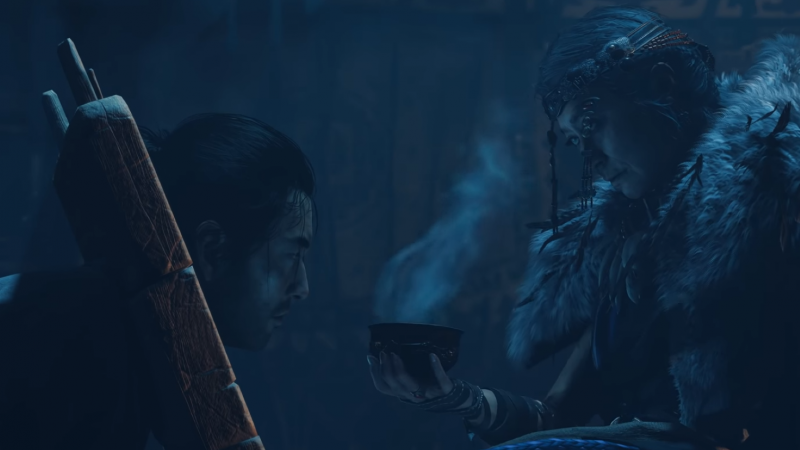 A new Ghost of Tsushima Director’s Cut trailer dives deep into the dangers of Iki island, a new playable area for fans of the samurai game to roam. This expansion is exclusive to the Director’s Cut, giving newcomers even more of a reason to jump in, as well as those that may have already completed Jin’s journey.

“If you’re a history buff, you may know that in addition to Tsushima, the neighboring island of Iki was also invaded during this time period,” said Sucker Punch when the Director’s Cut was first revealed. “We’re excited to reveal that a whole new chapter in Jin’s journey is coming and will take place on Iki. In this new story, Jin travels to the island to investigate rumors of a Mongol presence. But soon, he finds himself caught up in events with deeply personal stakes that will force him to relive some traumatic moments from his past.”

Take a look at the latest video below to see what awaits in Iki island:

Iki Island is the next step for Jin’s journey where he discovers a mysterious Mongol tribe has begun to claw its way into the island. Jin learns about a Shaman called Ankhsar Khatun, which we witness in the video above,  and about her followers called the “eagles.” The Shaman claims to dominate even the souls of man, not just the nations they run, which proves to be Jin’s greatest challenge yet. To face this new threat, Jin must travel to Iki Island, though past traumas ensure that this adventure is anything but smooth sailing.

The new expansion comes with fresh armor for Jin, new horse armor, mini-games, fighting techniques, enemies, environments, and even new mapping options. For the trophy hunters out there, the Director’s Cut will include new earnable trophies, as well.

For those who have already completed the adventure of Ghost of Tsushima on the PlayStation 4, Sucker Punch promises that save transfers from the PS4 to the PS5 are doable, so it’ll be easy to dive right in see some of the new features for yourself.  Enhancements include Dual Sense haptic feedback and 3D audio, as well as 60 FPS targeted framerates.

Ghost of Tsushima: Director’s Cut is available to pre-order now, with a full release slated for August 20, 2021.

Are you excited for what Ghost of Tsushima: Director’s Cut has to offer? What aspect of Iki island has your attention the most? Sound off with your thoughts in the comment section below!

‘Halo Infinite’ datamine suggests it could have a Battle…

‘Halo Infinite’ datamine suggests it could have a Battle Royale mode