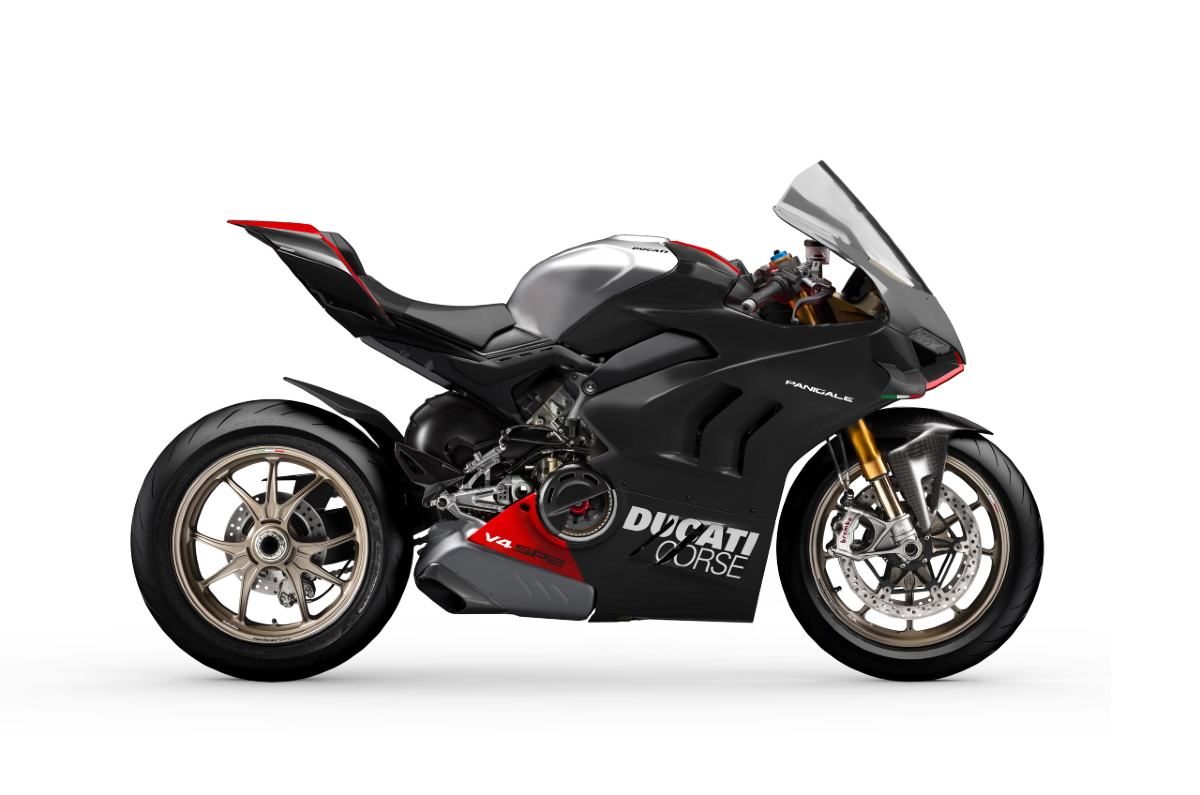 Hot on the heels of the launch of the Streetfighter V2, Ducati has announced prices for its flagship superbike range comprising the Panigale V4, V4 S and the V4 SP2, priced at Rs 26.49 lakh, Rs 31.99 lakh and Rs 40.99 lakh, respectively.

This price hike of Rs 3 lakh brings with it an improvement in nearly every aspect of the bike. The entire range receives a host of updates to the aerodynamics, ergonomics, electronics and engine.

There’s two new power modes – Full and Low – in addition to the existing High and Medium (which have also been revised). Ducati claims Full is the sportiest power mode ever implemented on a road-going Panigale V4 with no electronic limitations in every gear except first. On the other hand, Low aims to improve accessibility with limiting peak power to 150hp. The aerodynamic components themselves have been lightened while offering the same downforce as earlier versions.

The 1,103cc engine on the Panigales has received a few changes such as a new oil pump as well as larger exhaust exits that boosts peak power to 215.5hp (up from 214hp) at 13,000rpm and 123.6Nm at 9,500rpm (down slightly from 124Nm). The internal gear ratios have been tweaked as well with first, second and sixth gears being lengthened (which also increases top speed by 5kph).

It also features a redesigned seat and a larger fuel tank (up by one litre to 17 litres).

The limited-edition Panigale V4 SP2 benefits from all these changes while getting ultra-exclusive componentry as standard. It gets machine adjustable footpegs and levers, a 520 chain, dry clutch straight from Ducati’s WSBK race bike and a Brembo MCS radial master cylinder. Topping it all off is the ‘Winter Test’ livery that’s exclusive to the V4 SP2 featuring a matte black finish with red accents and a bare metal tank.

The winglets on the V4 SP2 are also adorned with the Italian flag and it also gets forged magnesium wheels which are 0.9kg lighter than the units on the V4S. The V4 SP2 also gets the Ducati Data Analyser and Lap Timer with GPS as standard (on the standard V4 and V4S it’s an optional extra).

One thing to note here is that the Panigale V4 SP2 that will be sold in our market will not be equipped with the Stylema R calipers available internationally, instead making use of the same Stylema calipers as found on the standard Panigale V4 and V4S.

All prices mentioned are ex-showroom, Delhi.

Which of these bikes would you pick if you were considering a Ducati sportbike? Let us know in the comments section below.

Tesla is aiming for massive sale ramp-up in Germany

‘I’m happy, not sad’: Roger Federer breaks down into…