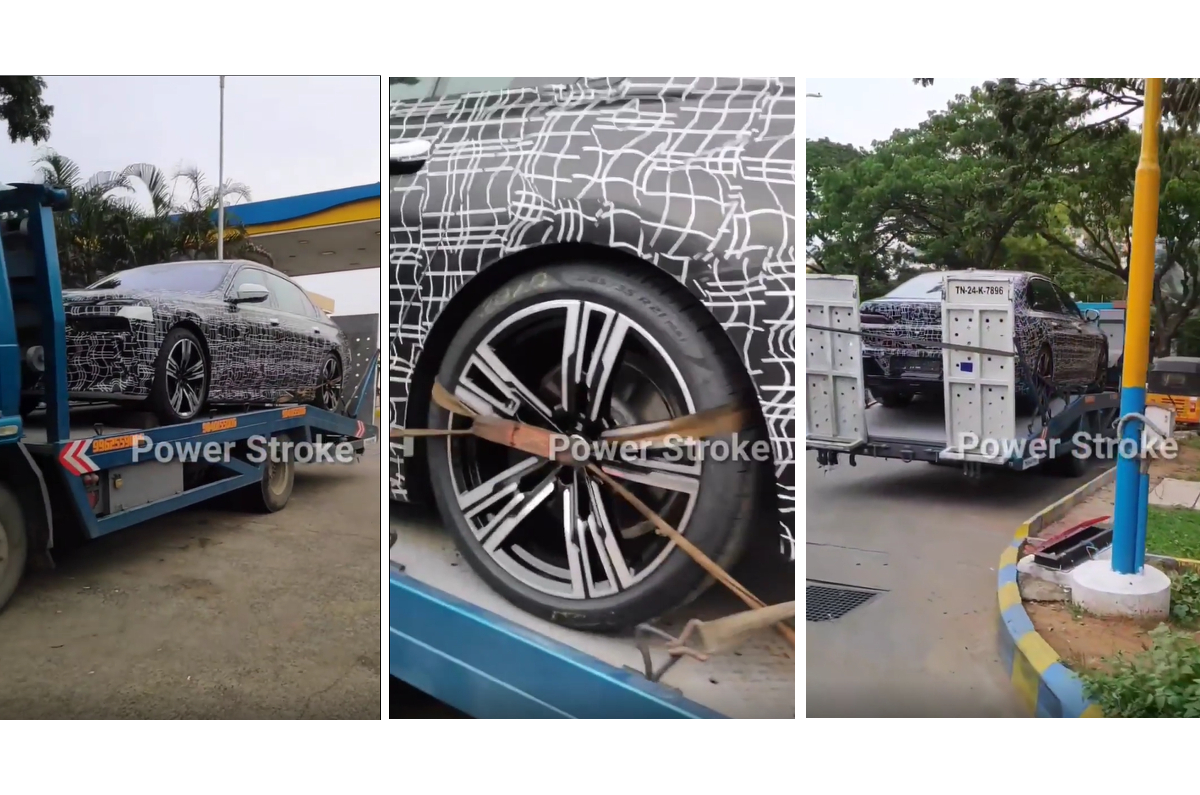 The seventh-generation 7 Series sedan was spied for the first time in India and is expected to come here early next year. Revealed internationally in April this year, BMW’s flagship sedan gets electrified petrol and diesel options, as well as a full-electric i7 variant.

The new 7 Series adopts a bold exterior design with a larger kidney grille and BMW’s ‘Iconic Lighting’ treatment, which was first introduced in the facelifted 8 Series. It also features a split-headlight design, with the LED running lights positioned above and the main beams in a separate recess below. This design element was previously seen on the facelifted X7 SUV, as part of BMW’s effort to link its two luxury cars.

Only two feature lines are evident along the flanks, with the upper one running from the outer tip of the headlights through to the tail-lights. The new 7 features door handles similar to the one seen on the iX and i4 EVs. At the rear, the new sedan gets horizontal LED tail-lights that give it visual width.

On the inside, the 7 Series gets a new dashboard with a full-width light band and houses a 12.3-inch instrument display and a 14.9-inch touchscreen infotainment screen. There’s also a new flat-bottom steering wheel and a traditional iDrive controller. The rear gets an optional roof-mounted, 31.3-inch, 8K ‘Cinema’ screen that folds down to offer video streaming via Amazon Fire TV in 16:9, 21:9 and 32:9 formats. It remains to be seen if this feature will make it to the India-spec model.

The new 7 Series is based on a heavily reworked version of BMW’s CLAR platform, and unlike the previous generations, which were available in both short- and long-wheelbases, there is only one wheelbase now. The carbon core measures brought to the previous generation to save weight have been dropped to make way for a new material mix that includes more traditional steel, aluminium and titanium.

Internationally, the 7 Series comes with a variety of drivetrain options, including mild-hybrid petrol and diesel, as well as plug-in hybrid powerplants, which offer pure electric range of over 80km. It is likely that BMW will bring one petrol and one diesel option to India, and as the outgoing model briefly came with a plug-in hybrid powertrain, BMW could offer it with this generation too. The full-electric 7 Series, the i7, will most likely follow the ICE version in India.

US Determined to Preserve Democracy in Taiwan: Pelosi