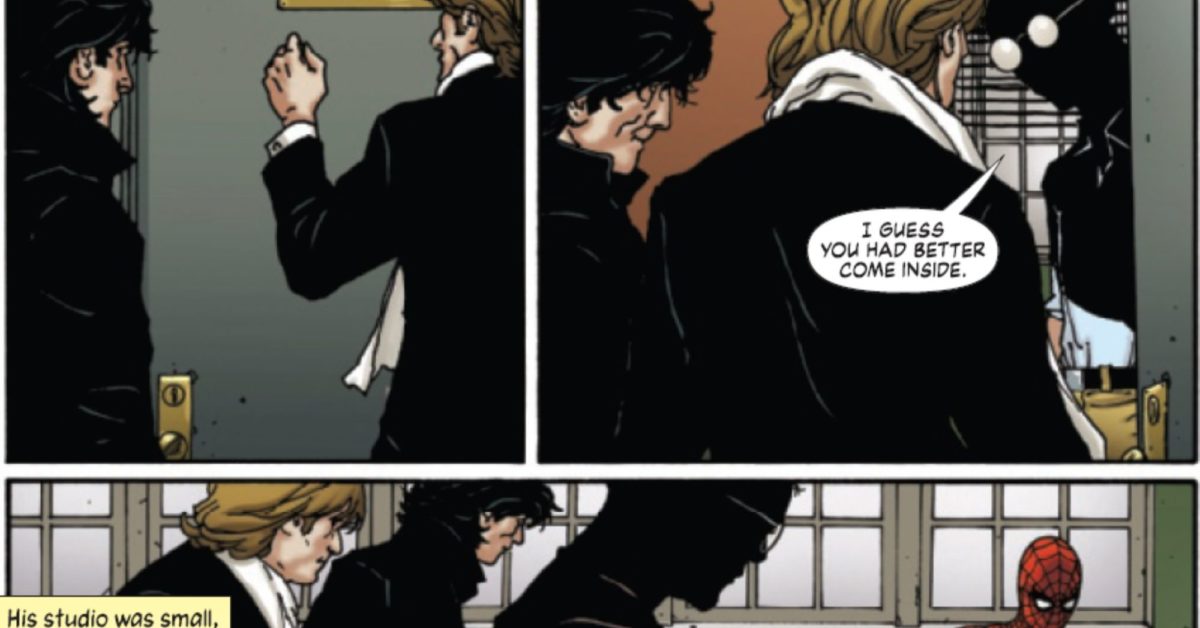 Today sees the publication of Amazing Fantasy #1000, for the 60th anniversary of Amazing Fantasy #15, the first appearance of Spider-Man by Steve Ditko and Stan Lee. I first came to Marvel Comics through the Marvel UK reprints, published by the likes of Dez Skinn and Neil Tennant, and sold in British newsagents, reprinting the American comic books, in a variety of black and white and offset colour schemes. But Neil Gaiman is of the half-generation before mine, when there wasn’t a Marvel UK, and rights were licensed to Odhams Press’ Power Comics imprint in 1967 and 1968, which featured a mixture of British originated action-adventure strips and American reprints including Spider-Man, Nick Fury, and the Fantastic Four. And, as is the British tradition, a free gift with the first issue.

And that’s how Neil Gaiman discovered Spider-Man, Stan Lee and Steve Ditko, as we get one life, furnished in Steve Ditko.

And while the comic books were very colourful on the outside, on the inside it was the traditional British black-and-white. Like the television and the old movies.

And we also get a jump into a television programme by Jonathan Ross, In Search Of Steve Ditko for BBC 4, in which he took Neil Gaiman as his “Etta Candy” to try and meet Steve Ditko. They did not get an on-camera interview, but they decided to go and see Steve Ditko anyway. Or rather Jonathan did. This is how we saw it go down, about three minutes in.

And now Neil Gaiman tells his own side. How Steve Ditko had told them not to come up to his apartment, but Jonathan Ross is, at his heart, a journalist, and never takes no for an answer.

And it turns out okay. Almost always the story of Jonathan Ross’ life. Almost.

There’s more of course, Neil Gaiman’s relationship has changed. He has written Spider-Man in 1602. But today, Neil Gaiman very specifically gets to write his Spider-man. And Steve McNiven gets to draw it…

Tom Hanks is launching his own trivia game on Apple Arcade

Want a 72% GPU boost for free? AMD just delivered one