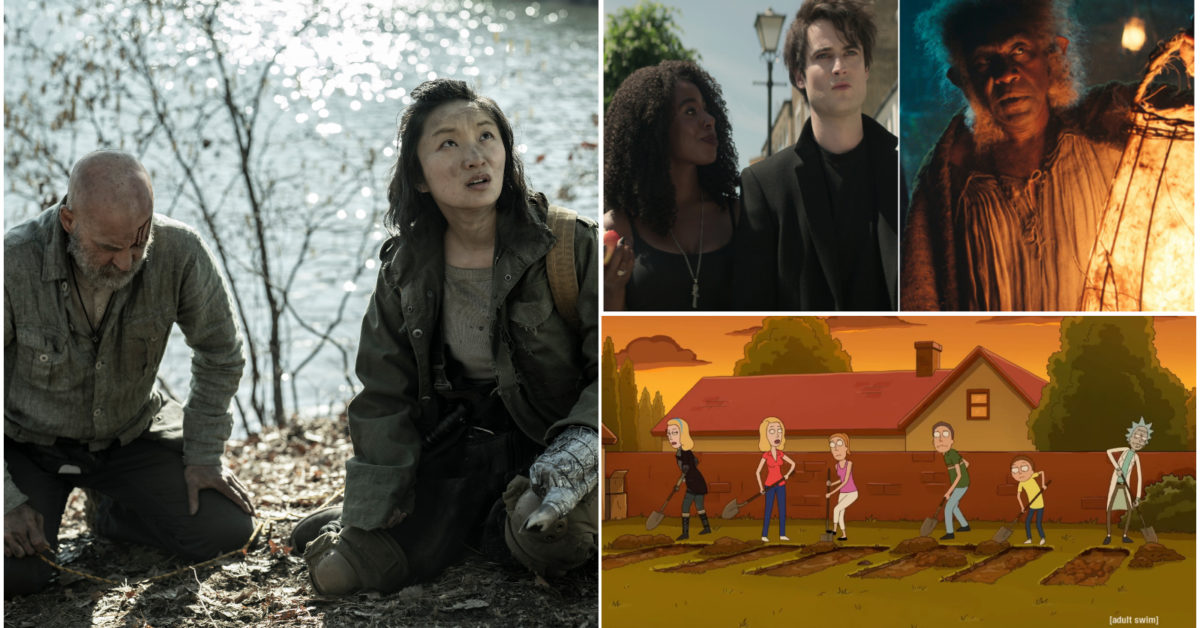 Someday an answer will find us, quite a long shot/But anyway, I think the past the past is behind us/Be real confusing if not but anyway/I put all my hope in tomorrow, it’s gonna be great/I can tell but anyway I see a new, a new day dawning/I like to sleep late, oh, well but anyway/It’s a state of affairs and a state of emotions/The kind of thing that you must understand/I tell you one thing, you’ll tell me another/ We walk away, maybe even then shake hands… with the BCTV Daily Dispatch! With respect to Blues Traveler for “But Anyway” as our opening “long-distance dedication,” welcome back to Bleeding Cool TV’s “big tent” look at what we’ve been doing for the past 24 hours that you might’ve missed or might want to check out again. We’re talking about everything from news and reviews to interviews and opinion pieces- all for your television-obsessed enjoyment. Our line-up for this morning includes a wide range of topics… including AMC’s Tales of the Walking Dead reminding us that we’re the walking dead, The Sandman‘s Neil Gaiman defends The Lord of the Rings: The Rings of Power & J.R.R. Tolkien, and Adult Swim’s Rick and Morty answers some important questions while raising some new ones in its sixth season opener.

Now here’s a look at your BCTV Daily Dispatch for Monday, September 5, 2022:

All Out: Toni Storm Is Your New Interim AEW Women’s World Champion

Samoa Joe Returns at AEW All Out, Helps FTR and Wardlow

Mystery Man Wins Casino Ladder Match at AEW All Out

Game of Thrones Reminder: Books Will Be “Quite Different” From Series

AEW All Out PPV: Full Card Preview, Predictions, and Results

Lord Of The Rings: The Rings Of Power Shines, Tolkien Bros Be Damned