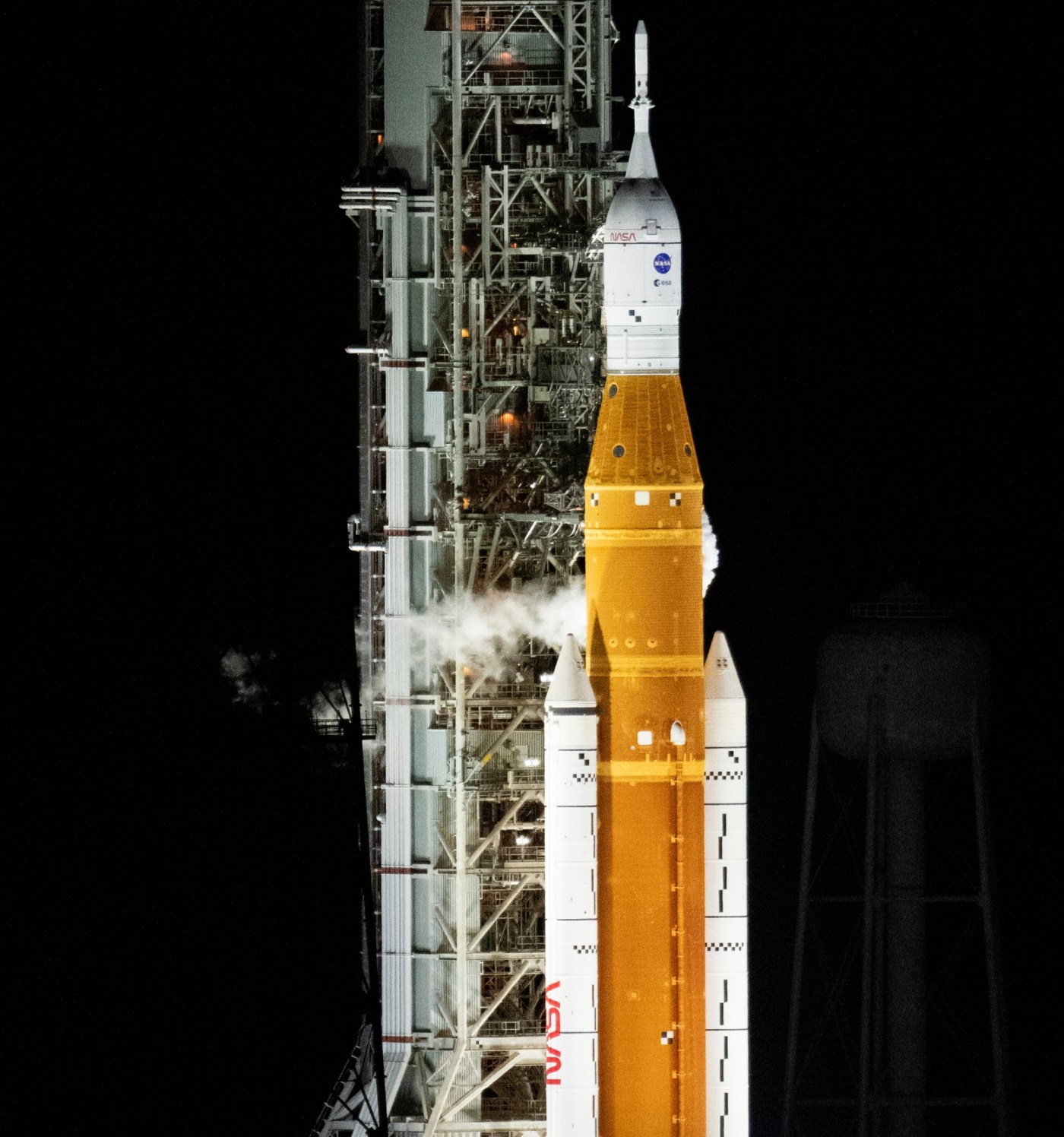 NASA’s return to the moon will have to wait a little longer after the first uncrewed launch of its Space Launch System rocket was scrubbed Monday morning due to an engine issue.

NASA’s Space Launch System moon rocket was scheduled to launch for the first time at 5:33 a.m. Pacific time from Kennedy Space Center in Florida. But an issue with one of the four engines in the rocket’s core stage pushed the launch back at least a few days. The next possible launch time is Friday, though engineers will have to work through the engine issue first, a NASA spokesman said on the agency’s launch livestream.

The towering rocket will propel the Orion crew capsule — without a crew aboard — 280,000 miles from Earth on a distant orbit around the moon. The capsule is set to splash down off the coast of San Diego.

The launch is set to be the first of NASA’s Artemis lunar program — named after the Greek goddess of the moon and twin sister of sun god Apollo. The 42-day mission is intended to push the capsule to its limits to ensure it’s ready to carry a crew on future missions.

The next Artemis mission, set for no earlier than 2024, is set to carry a crew around the moon. By 2025 or later, Artemis III is expected to land the first woman and first person of color on the moon.

“I’m a product of the Apollo generation, and look what it did for us,” said Bob Cabana, NASA associate administrator and a former astronaut, who said he watched an Apollo launch as a young Navy midshipman. “I cannot wait to see what comes from the Artemis generation because I think it’s going to inspire even more than Apollo did.”

The debut of the Space Launch System rocket has been years — and billions of dollars — in the making.

The SLS rocket, built by Boeing Co., was first intended to launch in November 2018. But development delays and COVID-related work slowdowns pushed the launch further and further out.

It will now launch almost four years past schedule and cost an additional $3 billion for a total development cost of $11.5 billion, according to a 2020 report by the U.S. Government Accountability Office.

While SLS was being developed, the U.S. commercial space industry has continued to expand. Companies including Elon Musk’s SpaceX, Jeff Bezos’ Blue Origin and Boeing-Lockheed Martin joint venture United Launch Alliance are working on building larger rockets that could play a role in future moon missions.

For now, NASA has said it will rely on the SLS rocket to launch its Artemis missions. But if these other rockets prove successful and have a lower price tag, the space agency could have a choice to make, said Laura Forczyk, executive director of space consulting firm Astralytical.

“It might be more feasible and affordable for another launch vehicle to supplement it or replace it,” she said.

With the Artemis program, NASA’s ultimate goal is to establish a long-term presence on the moon, conduct more research and prepare astronauts to live and work in space, skills that will be important for Mars missions.

Planetary scientists are particularly interested in the Artemis III lunar landing mission since it will occur at the moon’s south pole — a very different location than the lunar equator, where the Apollo missions were focused.

Lunar rock samples from the south pole will help scientists better understand the history of the moon and how that played a role in Earth’s formation, said Miki Nakajima, an assistant professor at the University of Rochester who researches planetary objects, including the moon.

“The Apollo mission was really amazing, and we are still benefiting from it,” she said. “But it was not perfect. By understanding the moon much better, we can understand the Earth.

Meticulous Horror Fans Share Which Film Scene Stuck With Them