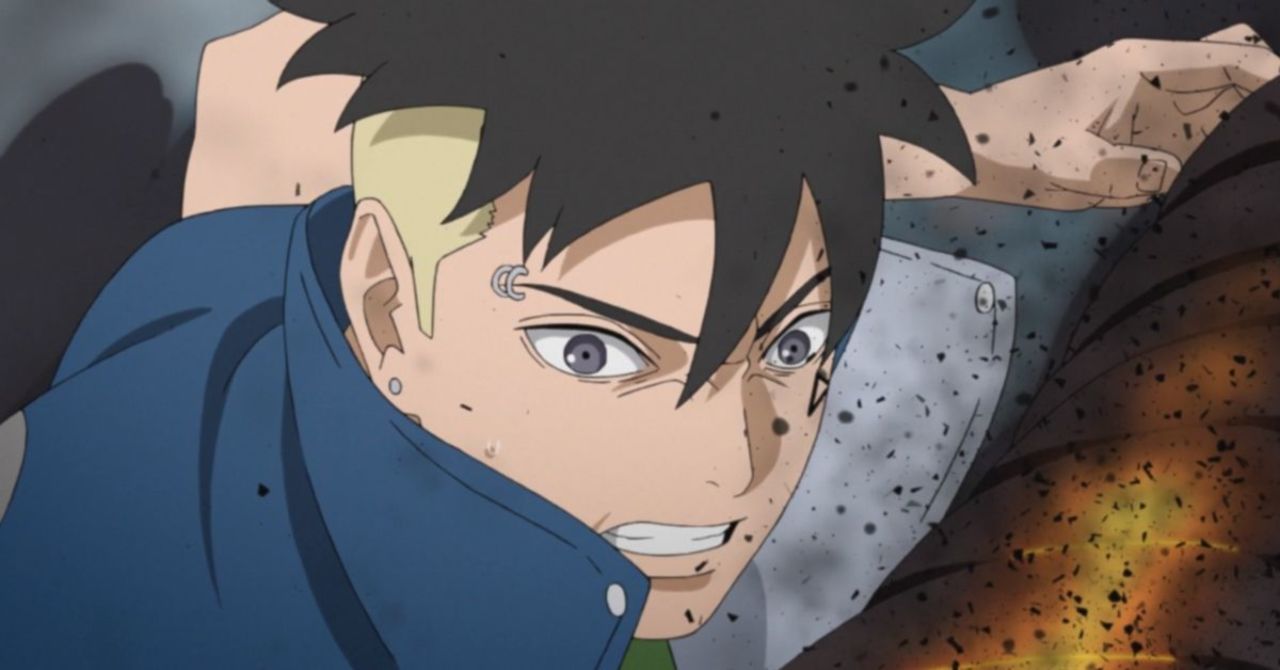 Naruto’s new surrogate son Kawaki came to Hidden Leaf village through violent means, the worlds of Naruto and the evil Kara organization collided, with Kawaki caught in the crossfire. However, Naruto, Boruto, Sasuke, and others managed to fight and free Kawaki’s fate from that of Kara’s leader Jigen, who wanted to use Kawaki’s body as a vessel to resurrect Isshiki Otsutsuki. However, the cost was high; Naruto lost the Nine-Tails, and Sasuke lost the Rinnegan. Now it’s up to Boruto and Kawaki to step up and defend Hidden Leaf, and Kawaki just hit a major milestone goal in his training as a shinobi!

In Boruto: Naruto Next Generations Chapter 60, Kawaki is experiencing an extreme crisis of faith. Even though he’s settled into Hidden Leaf and Naruto’s household as his new home, Kawaki can’t find a sense of belonging there. It doesn’t help that Jigen’s attack on Hidden Leaf and kidnapping of Naruto left the village rattled and wary of the new outsider (Kawaki) who brought all the trouble along with him.

It’s not just the knowledge that the trouble Kawaki has caused that’s bothering him so badly – it’s all the trouble he knows is still coming his way. Even after Isshiki’s death, the Kara Organization has a second wave of deadly Cyborgs ready to attack; Kawaki knows that his rival to be Isshiki’s vessel, Code, is already lurking in the shadows and will attack Hidden Leaf at the first opportunity. Kawaki thinks that if he stays in the village, he’s all but dooming it.

Naruto catches Kawaki sitting on the monument to the Hokage, thinking of an escape plan that will let him run away and protect those he cares about. Recognizing the sentiment, Naruto instead scoops Kawaki up and forcibly takes him home to enjoy a home-cooked meal. It’s during that meal that Kawaki gets to enjoy a major milestone in the training of a shinobi: he gets his headband!

Boruto donates his old headband to Kawaki, having chosen instead to wear Sasuke’s old headband as his official one. On the one hand, it’s a meaningful gift: Kawaki wearing Boruto’s headband, and Boruto wearing Sasuke’s, once again speaks volumes about Boruto’s opening scene, in which teenage Boruto and Kawaki duel it out over the ruins of Hidden Leaf – with the shinobi headband being a noted detail of that fight. On the other hand, Boruto presumably gives Kawaki his slashed headband, which was marred by his cheating during the Chunin Exams. So even when Kawaki is being welcomed into the shinobi league, it’s with an asterisk.

Denial of responsibility! My droll is an automatic aggregator of the all world’s media. In each content, the hyperlink to the primary source is specified. All trademarks belong to their rightful owners, all materials to their authors. If you are the owner of the content and do not want us to publish your materials, please contact us by email – admin@mydroll.com. The content will be deleted within 24 hours.
Anime (genre)Boruto: Naruto Next Generationskawaki ninja headbandMangaNaruto (Anime)naruto kawaki headband
0
Share