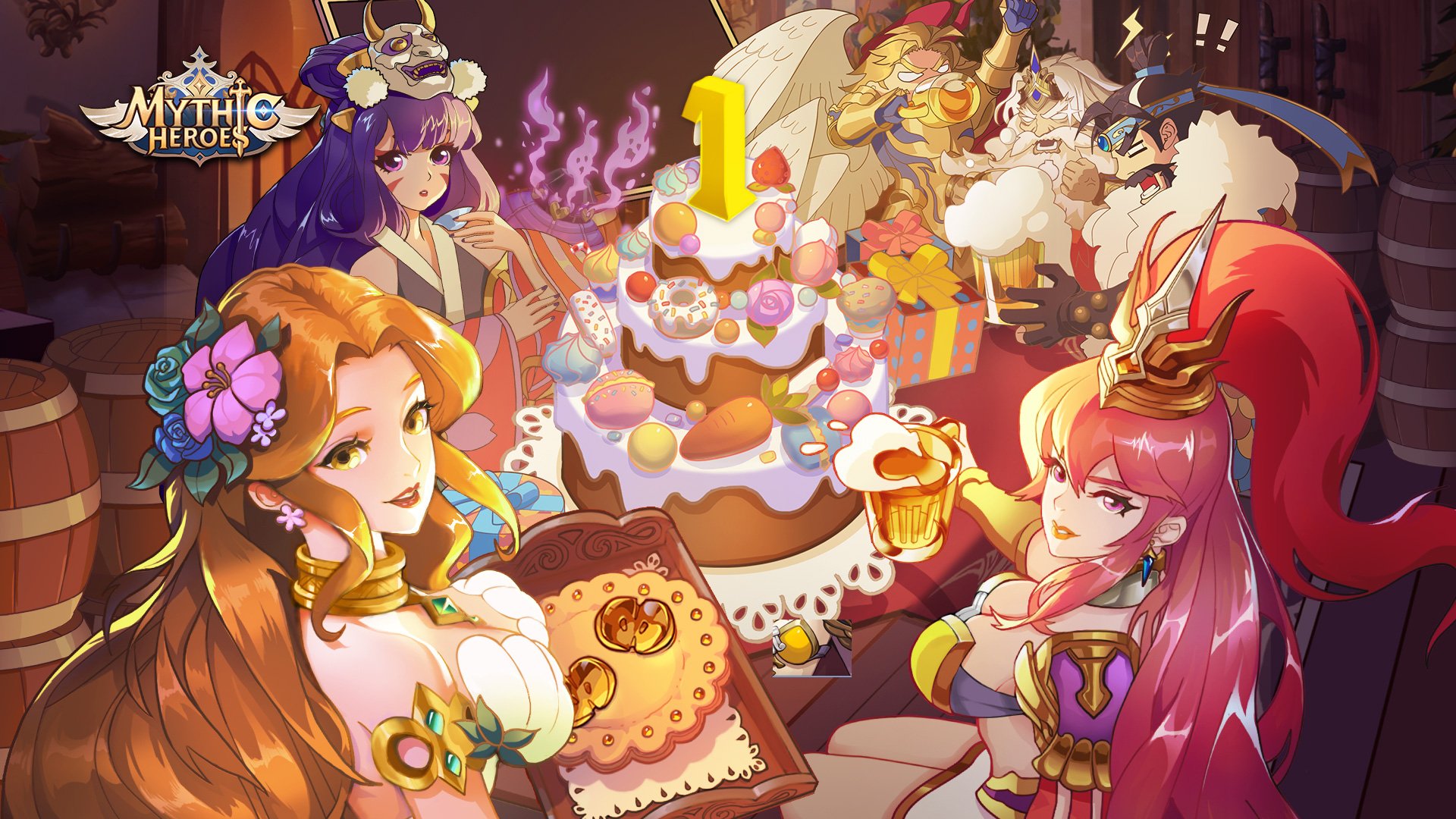 The popular RPG Mythic Heroes is celebrating its first anniversary! And like any mythical hero, they have big plans! But what is Mythic Heroes, and what sort of celebrations have they got in mind?

What Is Mythic Heroes?

Mythic Heroes is an AFK Idle RPG game, developed by IGG, makers of games such as Yeager: Hunter Legend, and Castle Clash.

In Mythic Heroes, players are cast as the summoner. It is your job to summon a group of Heroes and Gods, to help win a war against the shadow. Characters include the likes of Hercules, Joan of Arc, Loki, Archimedes and Persephone.

Each character has its own particular skills and attributes. You can then build on these abilities to make your heroes more powerful, equipping them with new skills and weaponry, in readiness for battle.

Having made it to the one year milestone, IGG are keen to celebrate. So they’ve put together a program of events that these heroes might enjoy. Perhaps most notable is the Kingdom Raiders event, where Pirate Gold can be won.

Let’s look at this in a bit more detail.

This is a team battle event, where players will compete to claim the treasure hidden under the Enchanted Sea. Players will be able to earn Pirate Gold which can then be spent on exclusive items in the event marketplace.

Summoners can play solo, and get matched against other solo players. Alternatively, players can form a team with up to four others either from their Friends list, or from their guild.

During the gameplay phase, up to 4 teams will battle against one another by collecting and rolling dice. Normal dice can be acquired through completing daily quests. But there are also Golden dice available. These can be purchased from the event shop by using Novastar Gems.

Each game will last for four periods, and at the end of the game period, the team who command the most squares on the game board wins.

Rewards will be allocated based on the number of squares your team occupies at the end of the battle period.

And that’s not all. In addition to the Kingdom raiders event is a return of the Fireworks Festival on September 3rd. There will also be a series of weekly check-in rewards that players can earn in the run-up to the first anniversary of the game on September 6th.

For fans of Mythic Heroes, this is a great opportunity to play new events and earn new items to boost their characters.

Download the game today to join in on all the festivities, the game is available on the App Store and theGoogle Play Store. For further information and updates, follow the official Mythic Heroes page on Facebook, or on their Discord.

Spider-Man Is Getting Sick of Being a Superhero

How the Physics of Nothing Underlies Everything