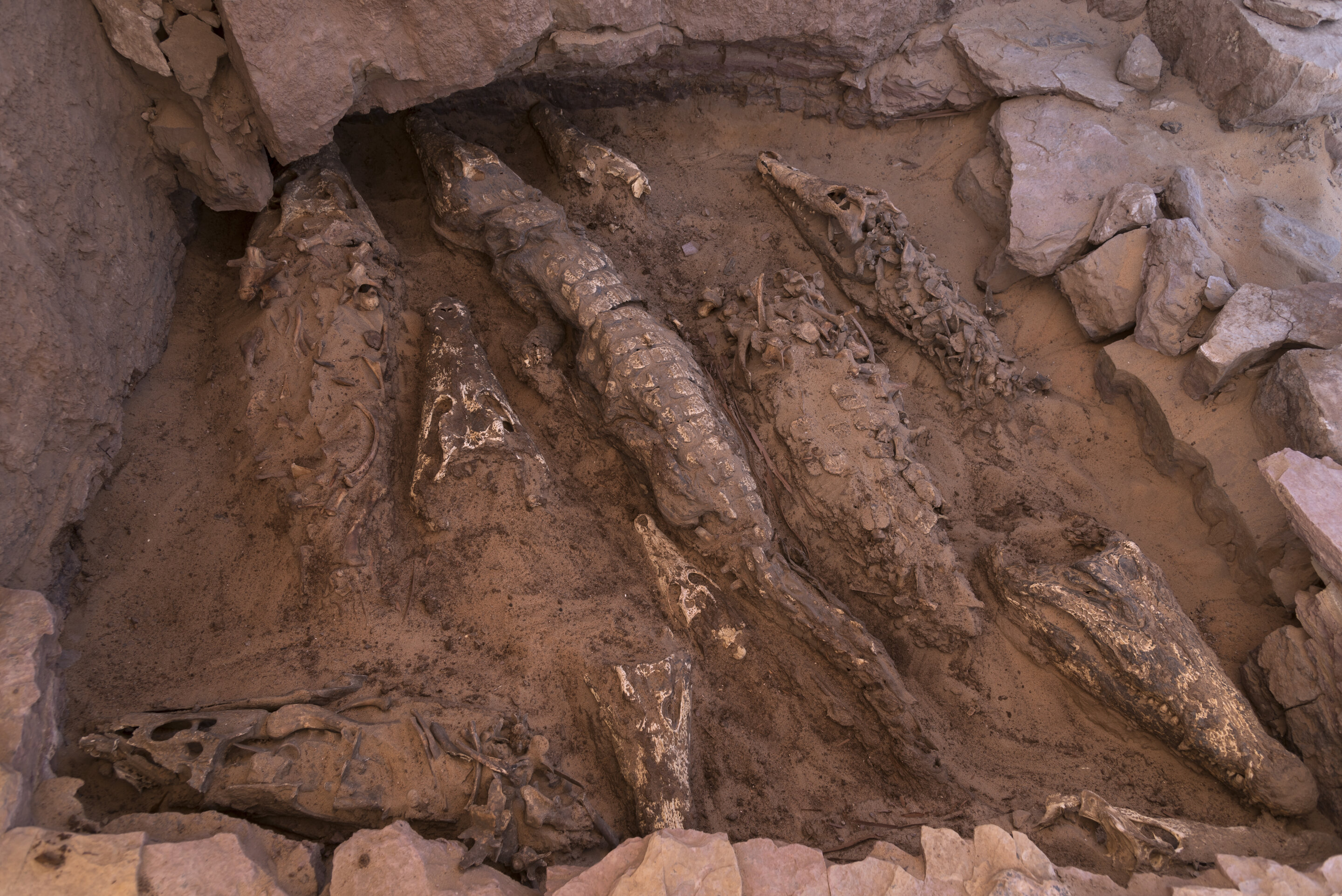 Crocodiles were mummified in a unique way at the Egyptian site of Qubbat al-Hawā during the 5th Century BC, according to a study published January 18, 2023 in the open-access journal PLOS ONE by Bea De Cupere of the Royal Belgian Institute of Natural Sciences, Belgium, and the University of Jaén, Spain, and colleagues.

Mummified animals, including crocodiles, are common finds at Egyptian archaeological sites. Despite several hundred mummified crocodiles being available in museum collections worldwide, they are not often examined thoroughly. In this study, the authors provide a detailed analysis of the morphology and preservation of ten crocodile mummies found in rock tombs at the site of Qubbat al-Hawā on the west bank of the Nile.

The mummies included five isolated skulls and five partial skeletons, which the researchers were able to examine without unwrapping or using CT-scanning and radiography. Based on the morphology of the crocodiles, two species were identified: West African and Nile crocodiles, with specimens ranging from 1.5 to 3.5 meters in length.

The preservation style of the mummies is different from that found at other sites, most notably lacking evidence of resin use or carcass evisceration as part of the mummification process. The style of preservation suggests a pre-Ptolemaic age, which is consistent with the final phase of funerary use of Qubbat al-Hawā during the 5th Century BC.

Comparing mummies between archaeological sites is useful for identifying trends in animal use and mummification practices over time. The limitations of this study included the lack of available ancient DNA and radiocarbon, which would be useful for refining the identification and dating of the remains. Future studies incorporating these techniques will further inform scientific understanding of ancient Egyptian cultural practices.

The authors add, “Ten crocodile mummies, including five more or less complete bodies and five heads, were found in an undisturbed tomb at Qubbat al-Hawā (Aswan, Egypt). The mummies were in varying states of preservation and completeness.”

Provided by
Public Library of Science