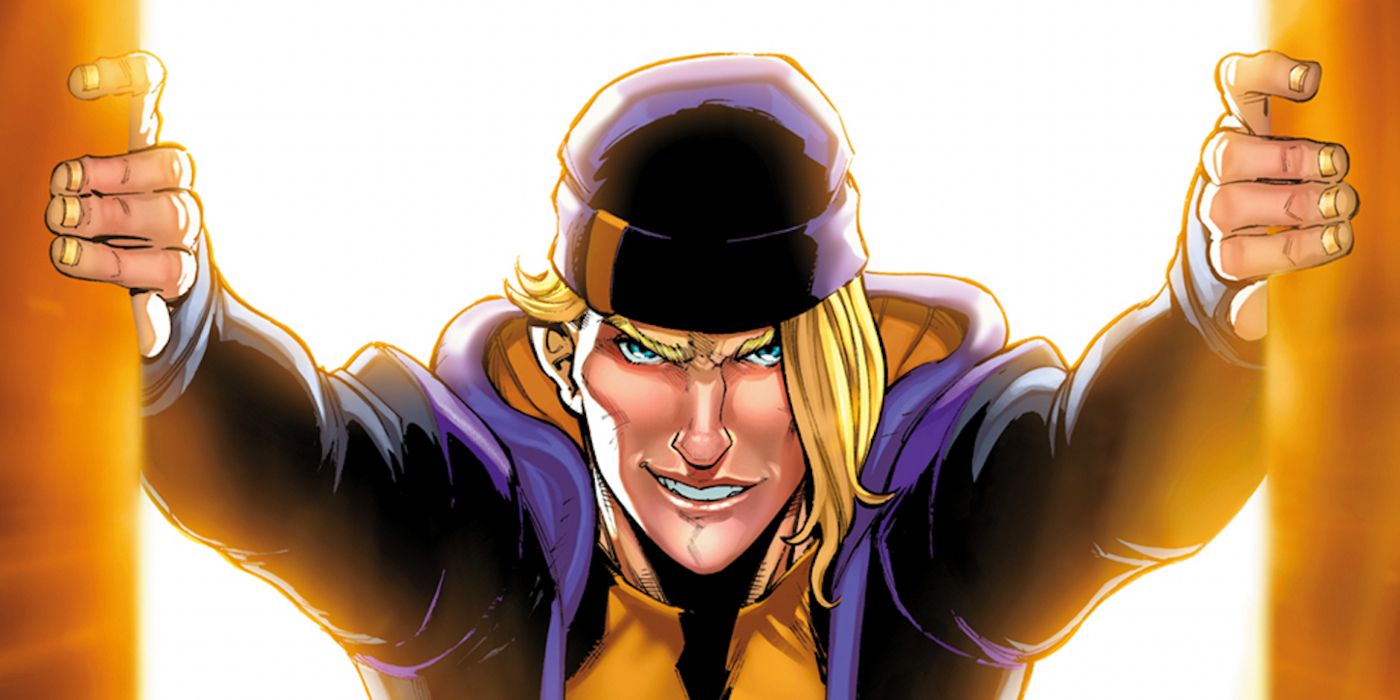 Announced at San Diego Comic-Con on July 21, solicitation text for Dark Crisis: Young Justice #5 reveals Mickey Mxyzptlk is responsible for trapping DC’s Young Justice team in an alternate world. The synopsis reads, “HERE’S MICKEY! Mickey Mxyzptlk, son of Mr. Mxyzptlk, built the “perfect world” where he and the boys of Young Justice could rule without being criticized, without having to change, without ever having to grow up. Mickey has an ugly soul and too much power. The boys of Young Justice will have to overcome their shortcomings and defeat him to get back to the DCU they know and need!”

Created by Jerry Siegel and Joe Shuster, Mister Mxyzptlk first appeared in 1940’s Superman #30. Oftentimes simply referred to as Mxy, the character is typically portrayed as an antagonist to the Man of Steel, though some series depict him more as an antihero. Mxyzptlk has the power to warp reality and often uses his abilities to trick Superman and other heroes to his various biddings.

Dark Crisis: Young Justice follows Tim Drake, Impulse and Superboy in the wake of the Justice League’s disappearance. After re-gathering inside the Hall of Justice following a memorial for the Justice League, Dark Crisis: Young Justice #1 saw the three heroes transported to some sort of alternate reality where they’re reacquainted with some old villains.

RELATED: A Superboy Twist Was Foreshadowed in a Fan Letter

While Cassie Sandsmark searches for her missing friends with help from Arrowette, the three boys are introduced to the alternate reality’s version of the Justice League in Dark Crisis: Young Justice #2. Superman, Batman and Flash all seem friendly, at first; however, something is clearly off about the team, as Batman calls Tim’s relationship with Bernard a “phase” he’s going through. Having also met this reality’s version of Cassie during the course of Dark Crisis: Young Justice #2, the issue ends with Impulse, Superboy and Tim running into Deathstroke, Captain Boomerang and Lex Luthor.

Solicitation information for Dark Crisis: Young Justice #4 teases a massive battle between Young Justice and the Justice League of America. The synopsis reads, “Young Justice against the world! The fake reality that Superboy, Impulse, and Robin are trapped in has completely turned against them, sending the full force of the JLA and the Titans they grew up with against them. It will take all of their combined might to fight through this onslaught and find out who is responsible for their imprisonment. Meanwhile, Wonder Girl, Arrowette, and Red Tornado head to San Francisco’s Titans Island in search of assistance, but all they find are bad memories.”