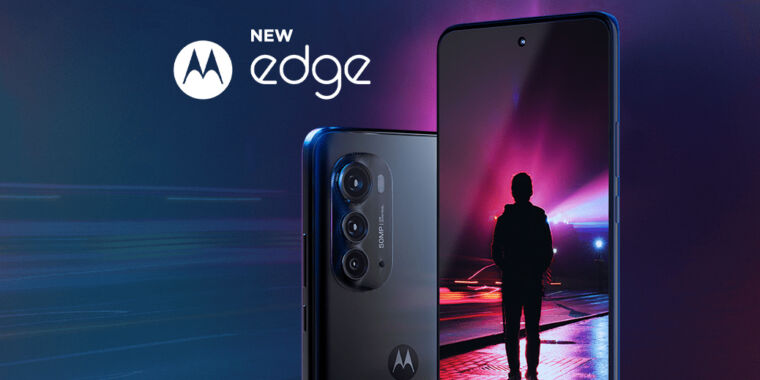 Motorola, somehow the #3 smartphone manufacturer in the US after Apple and Samsung, is taking on the Pixel 6a. The company announced the Moto Edge 2022 (not to be confused with the $1,000 Edge+), and at $500, the mid-ranger is going right up against Google’s latest phone. The two companies are definitely taking different approaches to the ~$500 price tag.

That MediaTek SoC is an interesting choice. It’s a 6 nm chip with two ARM Cortex A78 CPUs and six Cortex A55 CPUs, so it’s not going to set the world on fire. It’s not out yet, but pre-release Geekbench tests turned in a score of 2142, which makes it quite a bit slower than the Pixel 6a’s flagship-class Google Tensor SoC (around ~2850 points). Putting aside the issue of whether you even want a 144 Hz display in a budget phone, is this Mediatek SoC able to render Android at a stable 144 FPS? Motorola is no stranger to negating its fast displays with underpowered SoCs, so this should be a major concern if you view 144 Hz as a selling point.

Another “do you really want that in a mid-range phone?” consideration is the inclusion of 5G mmWave support. mmWave was aggressively hyped up by the carriers at the beginning of the 5G era in 2018, but it has been four years now, and the short range and finicky signal characteristics make mmWave prohibitively expensive to roll out. Most carriers are at less than 1 percent mmWave coverage and have said mmWave will never see a wide rollout. MmWave isn’t just a dead-end technology, it’s also expensive to pack into a smartphone, with the extra antennas (at least, from Qualcomm) raising the phone MSRP anywhere from $50 to $100. And poor MediaTek: The Demensity 1050, announced in May, is the company’s first-ever mmWave-compatible chipset. I’m sure years ago when the development started, this was supposed to be a triumphant accomplishment.

The phone has NFC, thankfully, and you get Wi-Fi 6E support. There’s no significant water resistance, which is a bummer. The phone comes with three rear cameras: a 50 MP main camera, a 13 MP ultrawide, and a 2 MP “macro/depth” camera. It also comes with Android 12, and while Motorola has promised three years of OS upgrades and four years of bi-monthly security updates, the company’s history suggests those updates will arrive very slowly.

The phone will be out “soon” in the US at T-Mobile, AT&T, and Verizon. There will also be an unlocked version at Best Buy and Amazon, although Motorola says the $499 price will eventually be bumped up to $599.

Scientists have explained the diversity of hydrocarbon molecules by their ‘magicity’