More People Should Watch the Strangest Sci-Fi Show on Netflix 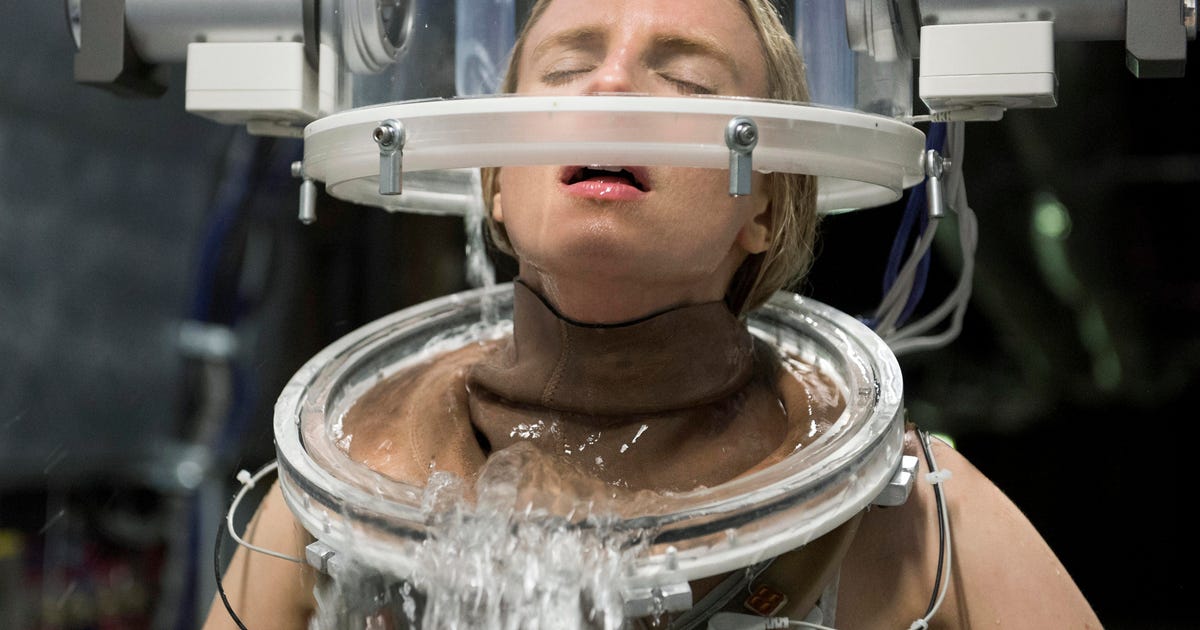 Back in 2016 Netflix introduced us to two very different shows about girls with weird super powers.

One was Stranger Things. The other was The OA, a mind-bending mystery set in a small town with a scientist villain who conducted inhumane experiments.

One of these shows is no longer running. And yet The OA is still the second-best TV show sunk into the mines of Netflix. We believe the best show is German sci-fi thriller Dark, but The OA isn’t far behind.

The OA is difficult to describe, because it sews a handful of different genres into its own ethereal plane. The OA is surreal at times. Yet instead of floating images gently knocking against each other, the sci-fi here is delivered with the grounded assuredness of a Christopher Nolan movie. It moves with the same relentless force.

Our anchor and main heroine is Prairie Johnson. In the very first scene, Prairie, a young blonde woman, jumps off a bridge. When she wakes up, she’s back home. She’d been missing for seven years.

No one knows what happened to her. Her return is a miracle. Even more shocking: Once blind, she can see again.

Prairie has scars on her back and experiences traumatic episodes, but won’t burden her adopted parents with her story. Instead, she takes to the internet, finding like-minded friends via the medium of YouTube.

From here, the story functions a little like the mystery in Yellowjackets. We don’t know whether Prairie is telling her new friends the truth or not. We don’t know whether she truly has supernatural powers. To them, it doesn’t entirely matter. She brings unhappy, trapped people together, showing them the same kindness and understanding they’ve afforded her. Showing them an escape.

The OA comes from longtime creative team Brit Marling (who also stars as Prairie) and Zal Batmanglij. The show feels like the product of buzzing minds excitedly throwing out idea after idea. The OA is as intense as it is dense, exploring the human condition, mortality, the afterlife and… the multiverse.

That’s right. Forget Marvel. This is the show to watch if you want a rich, existential look at the interconnectedness of all things. The world of the OA is vast and the way it works follows the most unexpected rules.

The OA doesn’t abide by any strict TV series formula either. The opening credits don’t appear until 57 minutes into the show. It was written like an eight-hour film, with a novelistic approach. You don’t meet some of the main characters until a third of the way through.

And season 2 is even better than the first. It becomes a noir detective story set in Silicon Valley, where kids, one of whom is played by Zendaya, are disappearing after competing in a VR game on an app. Shot with a more polished look, season 2 is slightly less bleak than the character drama of season 1. There are even attempts at humor — Marling is no stranger to comedy, appearing in Community and British series Babylon.

Occasionally, The OA’s literary voice hits a gem. “To exist is to survive unfair choices,” someone tells Prairie.

So it’s a little baffling that Netflix canceled the show after two seasons. Somehow this ambitious, genre-straddling ball of tangled strands is a coherent, life-affirming experience.

It glues itself together with realistic, loyal characters bonded by their harrowing shared ordeals. There’s even a believable love story, a flicker of warmth amid the creepy science, cryptic puzzles and trippy imagery.

Netflix made a mistake by canceling this show. Many fans believed it was a publicity stunt — there was no way the streamer would stop funding this acclaimed, if expensive, series intended for five seasons, each wildly different in style and setting from the previous.

Surprisingly, the ending of season 2 almost works as a finale for the whole series. Still, Marling and Batmanglij have the real conclusion tucked away somewhere. Let’s pray they have a chance to bring season 3 to the screen. Someone please hop dimensions and rescue this show from the realm of canceled TV.

Not all camouflage is equal. Here are prey animals’ best options

‘Jeopardy!’ Fans Can’t Get Over the Major Changes Made Amid Ken Jennings’ Return as Host