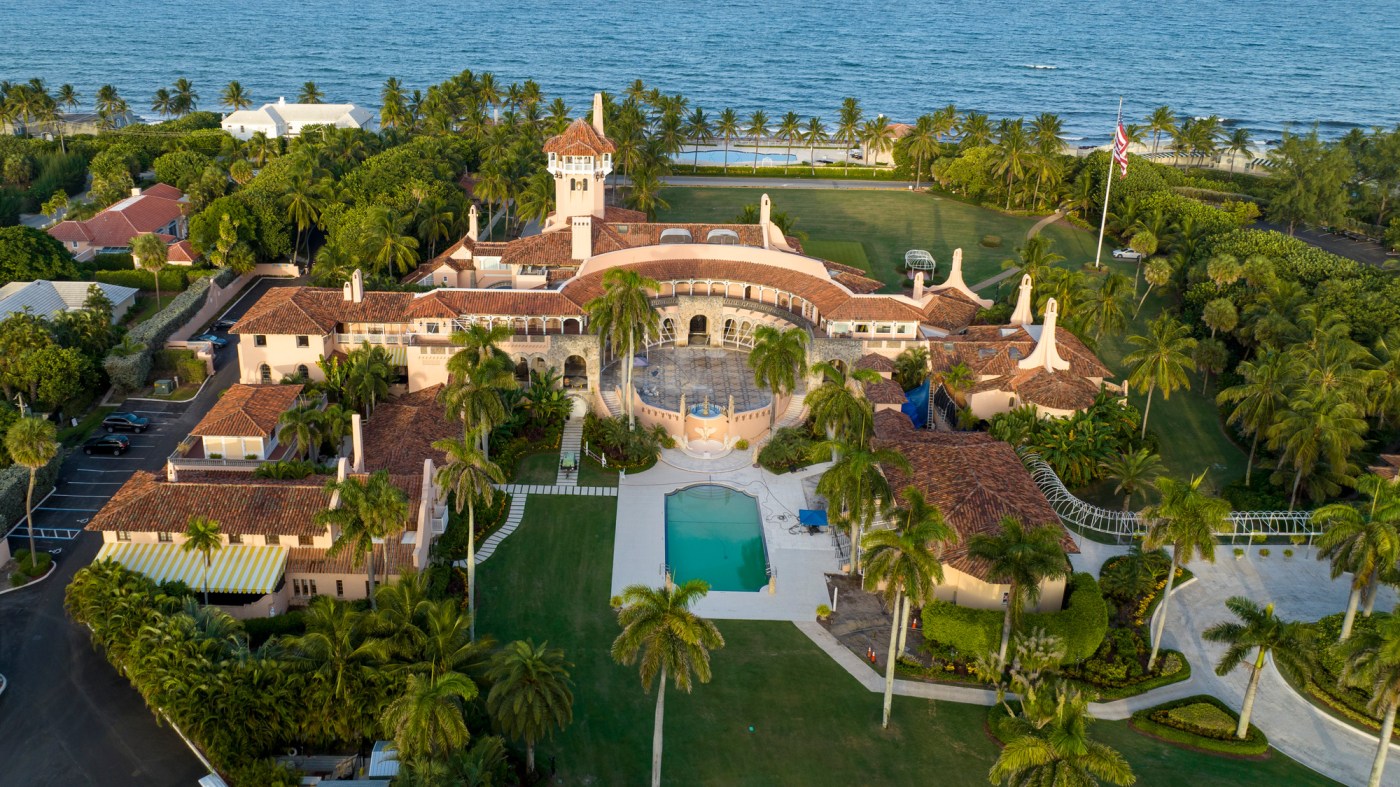 WASHINGTON — A federal judge Tuesday unsealed additional portions of an FBI affidavit laying out the basis for a search of former President Donald Trump’s Florida home, showing that agents earlier obtained a hard drive after issuing a subpoena for surveillance footage recorded inside Mar-a-Lago.

A heavily redacted version of the affidavit was made public last month, but the Justice Department requested permission to show more of it after lawyers for Trump revealed the existence of a June grand jury subpoena that sought video footage from cameras in the vicinity of the Mar-a-Lago storage room.

“Because those aspects of the grand jury’s investigation have now been publicly revealed, there is no longer any reason to keep them sealed (i.e. redacted) in the filings in this matter,” department lawyers wrote.

The newly visible portions of the FBI agent’s affidavit show that the FBI on June 24 subpoenaed for the footage after a visit weeks earlier to Mar-a-Lago in which agents observed 50 to 55 boxes of records in the storage room at the property. The Trump Organization provided a hard drive on July 6 in response to the subpoena, the affidavit says.

The footage could be an important piece of the investigation, including as agents evaluate whether anyone has sought to obstruct the probe. The Justice Department has said in a separate filing that it has “developed evidence that government records were likely concealed and removed from the Storage Room and that efforts were likely taken to obstruct the government’s investigation.”

The Justice Department has been investigating the holding of top-secret information and other classified documents at Mar-a-Lago after Trump left the White House. FBI agents during their Aug. 8 search of the home and club said they recovered more than 11,000 documents and 1,800 other items, including roughly 100 with classification markings.

Separately Tuesday, the Justice Department again urged U.S. District Aileen Cannon to lift her hold on core aspects of the investigation. Cannon last week granted the Trump team’s request for an independent arbiter to review the seized documents and weed out from the investigation any records that may be covered by claims of executive or attorney-client privilege.

She also ordered the department to halt its review of the records pending any further court order or the completion of a review by the yet-to-be-named special master. The department urged Cannon last week to put her order on hold and told the judge Tuesday that its investigation would be harmed by a continued delay of its ability to scrutinize the classified documents.

“The government and the public unquestionably have an interest in the timely enforcement of criminal laws, particularly those involving the protection of highly sensitive information, and especially where, as here, there may have been efforts to obstruct its investigation,” the lawyers wrote.

The Trump team on Monday urged the judge to leave her order in place. His lawyers raised questions about the documents’ current classification status and noted that a president has absolute authority to declassify information, though they pointedly did not say that Trump had actually declassified anything.

The one song lyric ‘Pinocchio’ should have run past someone, anyone

Apartment rents rise — and so do vacancies | News