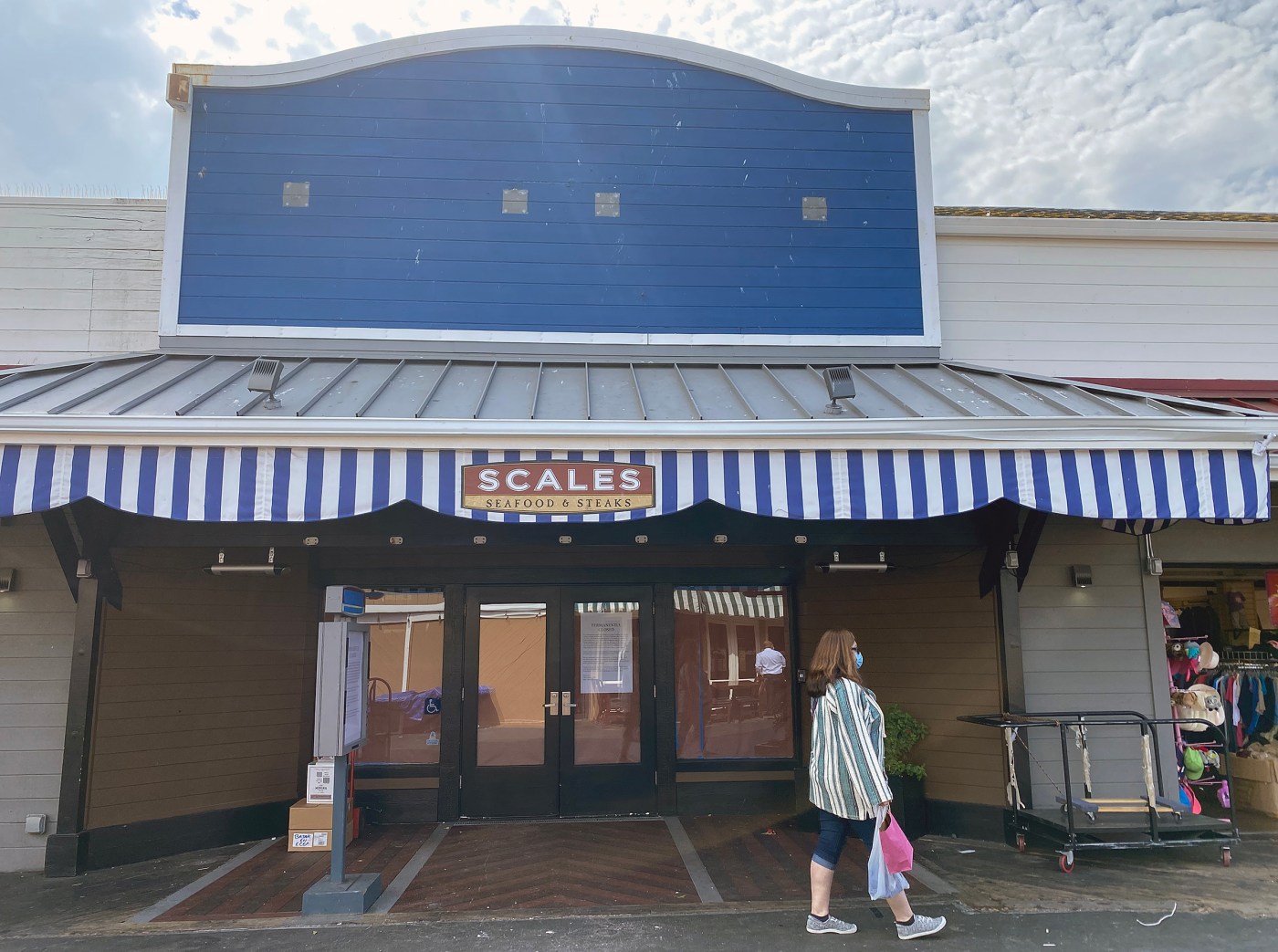 MONTEREY – The city of Monterey is looking to plug a huge hole on Fisherman’s Wharf by finding a tenant for what was once Scales  Seafood and Steaks.

The space has sat empty for a year due to the collapse of lease negotiations with the former tenants forcing the business to close.

“The city has shown the building to several interested parties, in addition to distributing a written leasing package seeking lease proposals,” said Nat Rojanasathira, Monterey’s assistant city manager, in an email. “The city expects to receive lease offers by Aug. 5.”

The city of Monterey owns 30 Fisherman’s Wharf, a two-story, 17,509-square-foot building located on the historic wharf. The leasing opportunity was posted in early June and the closing submittal of lease proposals was this past Friday.

The city intends to lease the building on an absolute triple net basis with the tenant being responsible for monthly rent, insurance, taxes, and interior and exterior repairs to the building. Operating expenses are estimated to be $0.52 per square foot monthly. Monterey will maintain the substructure and pilings, passing the costs through as part of the operating expenses.

The previous tenants of the building were brothers Chris and Sabu Shake who operated Scales Seafood and Steaks from 2014 to 2021, becoming one of the highest-grossing restaurants on the wharf. The Shakes sublet the building from previous owners, sisters Mary Alice Cerrito Fettis and Gloria Brown, whose family ran Gilbert’s On The Wharf for two generations before subletting to the Shakes. The sisters’ lease agreement for the property with Monterey also ended July 31 of last year.

Cerrito Fettis and Brown petitioned the city to renew the lease but the city of Monterey, as landlord, chose not to renew. At the same time, the Shake’s lease negotiations with the city broke down and Scales shut its doors.

Rojanasathira said Monterey now owns the building and there are currently no tenants or subtenants at this time.

The city’s required submission elements in its proposals from prospective new tenants include submitting a description of the uniqueness and compatibility of the proposed business, experience, business plan, evidence of financial capacity, references, and the proposed monthly rent to include base rent and percentage rent, lease term, and scope of tenant improvements with estimated cost.

Percentage Rent is a rent payment structure where the tenant pays rent as a percentage of sales in addition to a minimum base rent.

With current estimated operating expenses, the city may realize more than $9,000 per month before percentage rent from a new tenant.

Monterey is seeking the most qualified operator to redevelop, construct, and commission a quality project with special interest going to the team that best demonstrates an alignment with the city’s vision and goals for Old Fisherman’s Wharf and the waterfront.

The Shakes own another popular restaurant on the historic wharf – Old Fisherman’s Grotto – which has been a mainstay on the waterfront since the early 1950s when Sabu Shake, Sr., father of Chris and Sabu, Jr., started the family business. Chris Shake said that lease expires in 2041.