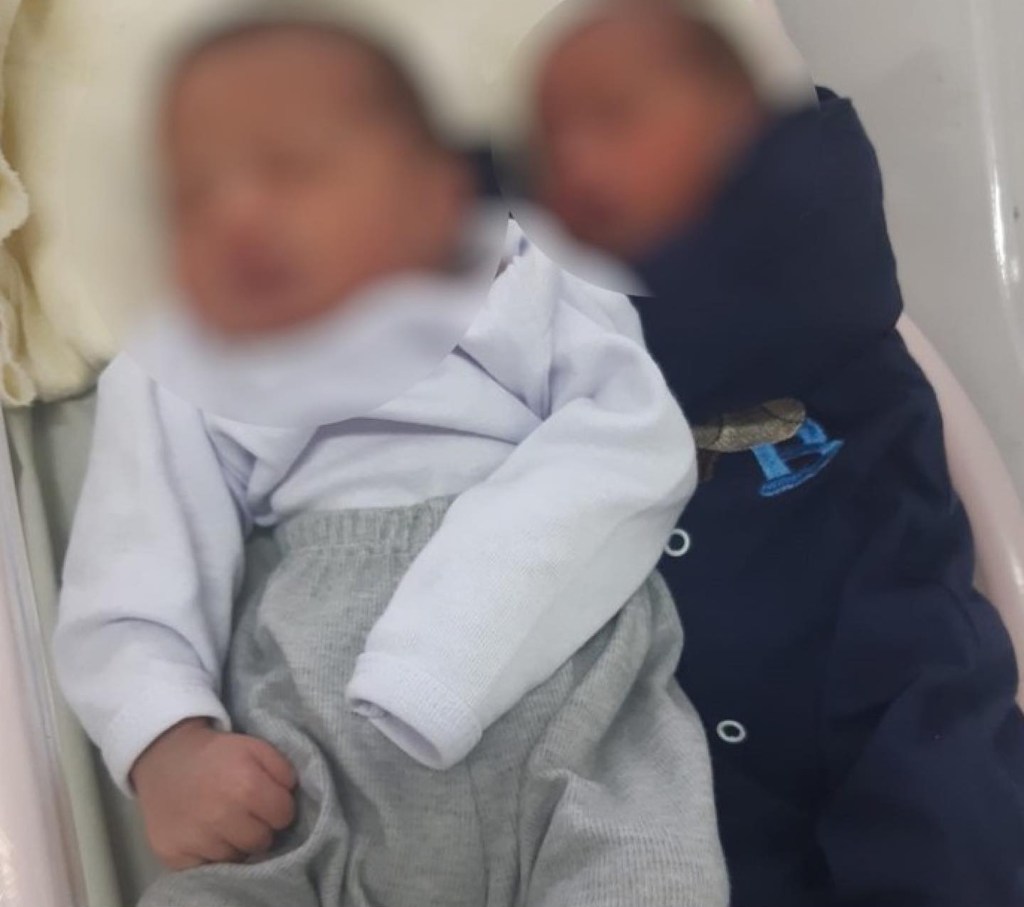 The new mom had a “one-in-a-million” conception: Her babies may be twins — but they have different fathers.

A 19-year-old Brazilian woman gave birth to twins nine months after having sex with two men on the same day. As their first birthdays loomed, she began having doubts over who their father was, so she decided to take a paternity test to confirm her suspicions, local news outlet Glocla news outlet Globo reported.

The anonymous woman originally suspected only one of the two men to be the father of the twins, so she collected his DNA — but it only turned up positive for one child.

“I remembered that I had had sex with another man and called him to take the test, which was positive,” the new mom, who asked not to be identified, told the outlet. “I was surprised by the results. I didn’t know this could happen. They are very similar.”

While this phenomenon is jaw-dropping — it’s certainly not impossible.

“It is possible to happen when two eggs from the same mother are fertilized by different men,” Dr. Tulio Jorge Franco, the woman’s attending physician, told local news outlet Globo. “The babies share the mother’s genetic material, but they grow in different placentas.”

Heteroparental superfecundation “is an extremely rare phenomenon that occurs when a second ova released during the same menstrual cycle is additionally fertilized by the sperm cells of a different man in separate sexual intercourse,” according to National Institutes of Health.

Dr. Franco admitted he never thought he would see a situation like this in his lifetime as it’s “one in a million” — and claims there are only about 20 other instances in the world like it.

Meanwhile, the twins, who are now 16 months old, are currently looked after by just one of the fathers. It’s unclear if the other plays any role in their lives.

But these unique twins aren’t the first to score international headlines. In 2015, a judge ruled that a New Jersey man only had to pay child support for one of two twins — because he only fathered one of them.

During the controversial case, DNA expert Karl-Hans Wurzinger’s testimony cited an academic study he published in 1997 that found that different fathers occurs in about one out of every 13,000 reported paternity cases involving twins.

“Since an egg has a life span of 12 to 48 hours and a sperm is viable for seven to 10 days, there is about a week’s time for potential overlap and the fertilization of two eggs by two sperm from two separate acts of intercourse with different men,” Dr. Keith Eddleman, director of obstetrics at NY’s Mount Sinai Hospital, told CNN at the time of the trial.

“It is more common than we think,” Eddleman continued. “In many situations, you would never know because there is no reason to do a paternity test on twins.”