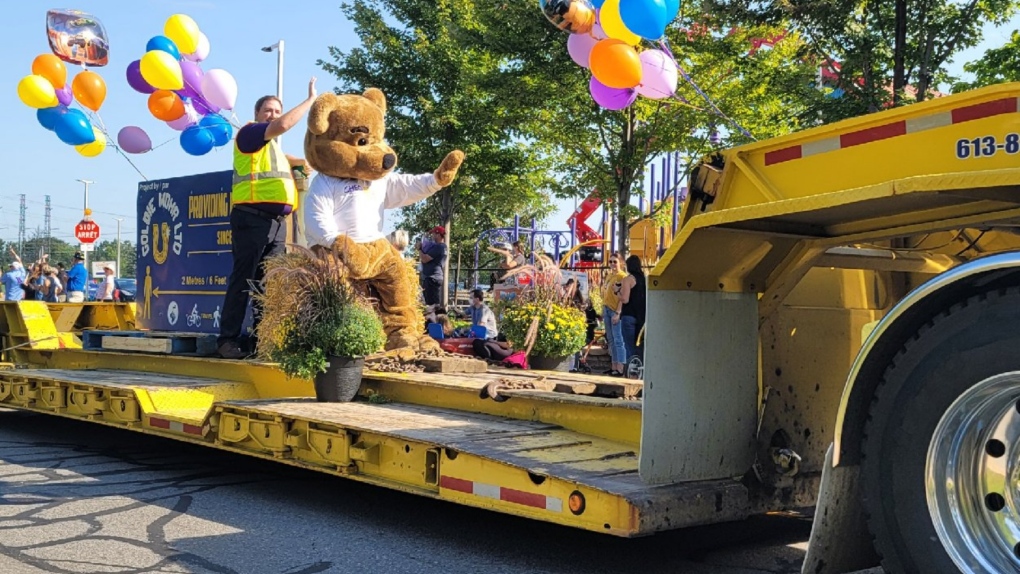 If you’ve been to CHEO in the last 20 years, you’ve likely seen her: electric blue hair, a red nose, and big, floppy shoes.

But Mollypenny, the Children’s Hospital of Eastern Ontario’s very own, beloved therapeutic clown, is blasting off for a new adventure.

“It’s time,” she said, “to climb aboard the spaceship MollyPop and travel into the future.”

Mollypenny is turning five, more than 20 years after starting her clowning career at CHEO at the age of four—would that we could all age so gracefully—and is hanging up her floppy shoes come Hallowe’en.

According to the hospital, “Mollypenny plans to join her good friends in Galaxy Sprinkle, pictured for the first time by the James Webb Telescope on the outskirts of the Cartwheel Galaxy.”

“I am thankful for their gifts of knowledge and laughter. It means the world, the galaxy, to me,” Mollypenny said of all the children and families she’s worked with over the years, in the hospital’s release. “I’m also extremely grateful for the team here! They supported me in having fun, playing, being silly and much more, as I got to make meaningful relationships with the kids, which is really what it’s all about!”

Mollypenny started her clowning career at CHEO in 2001, after serving as an operating room nurse—known in those days as Ruth Cull—when the hospital was founded in 1974. Cull retired from the OR in 2001 and that’s when Mollypenny first came onto the scene with her famous ‘Brown E’s’ (a brown felt letter E). She’d go on to entertain families and children for more than two decades, bringing light to some of their darkest days.

“There is no replacing ‘day one’ Team CHEO members; they’re a big part of the reason there is a CHEO. We will miss both Ruth and Mollypenny very much,” a statement from the hospital said.

Children of all ages had a chance to bid Mollypenny goodbye at a parade outside the hospital on Saturday.

Kids and families can also share their memories of Mollypenny using an online Kudoboard until Oct. 31, her final day.

While Hallowe’en may be Mollypenny’s official last day, she says travelling back to Earth from her new home will be a breeze and she may make a surprise appearance or two some day.

“The great thing about being a clown is space travel is so much easier than for regular astronauts. That means I may be able to come back to visit CHEO and my earthling friends every now and then,” she said.

CHEO says that while Mollypenny—and Cull—can never be replaced, they are actively seeking a new therapeutic clown to carry on her work.

How to save tax on sale of agricultural land?