MODOK Confirms Fan Conventions in the Marvel Universe Are TERRIFYING 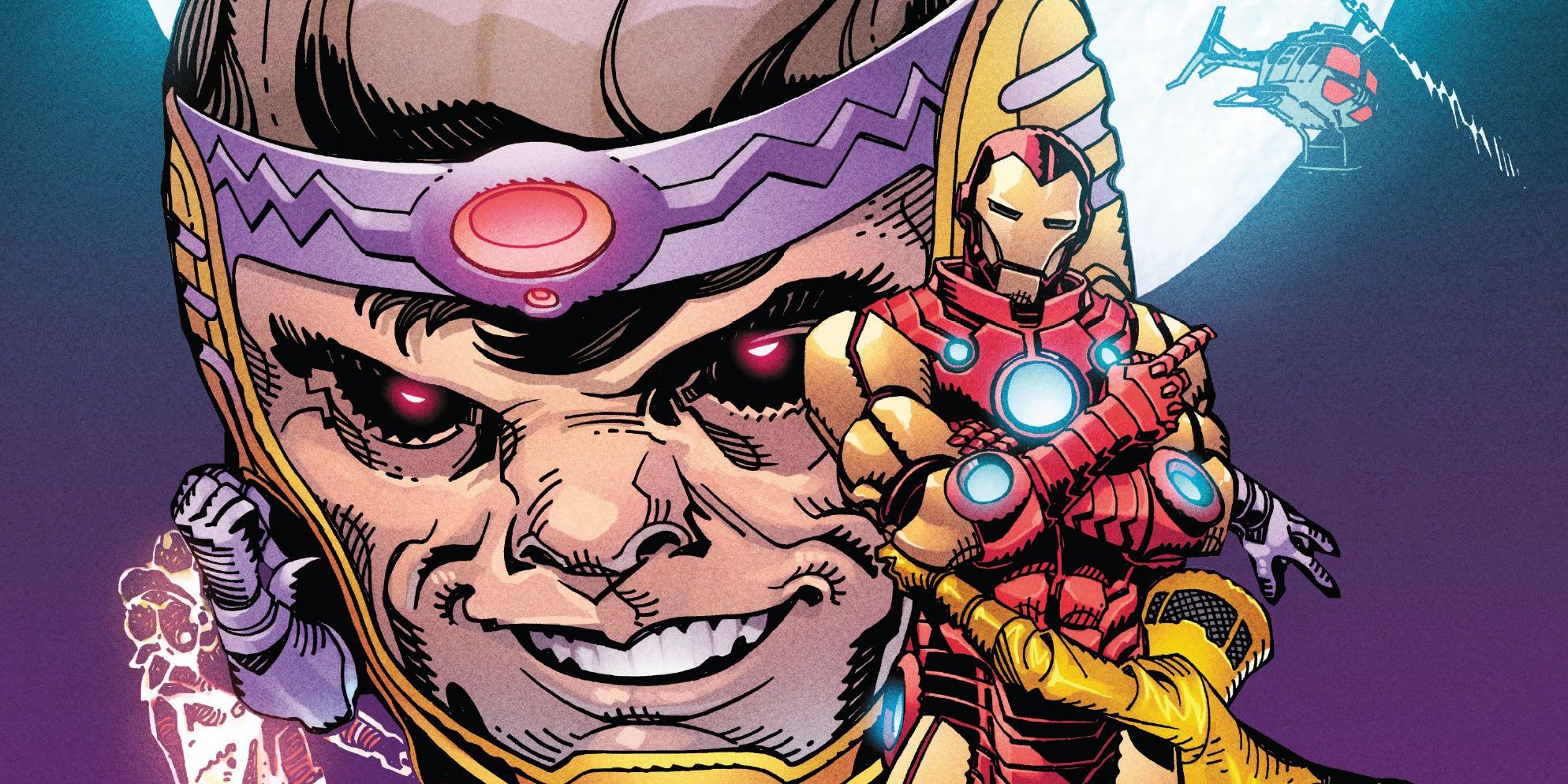 With Iron Man looking to help MODOK cure him of his recent issues, the unlikely hit the floor of the most dangerous convention in the Marvel Universe.

M.O.D.O.K. has been forced out of his position as one of the leaders of A.I.M., and is currently on the run from the very organization that he used to have control over. Not only that, but he is being troubled by waking dreams of a family he has never had, yet has begun bleeding into his world regardless of the lines between realities.

There’s only one person who could help him at this point, so M.O.D.O.K. goes to Tony Stark. He’s willing to assist however he can, but the tech he needs to do so has been stolen. As luck would have it, M.O.D.O.K. was the one who stole it, and he heads to Las Vegas to look for it.

M.O.D.O.K. knows that the stolen tech, a series of 3-D printing nanites known as Starkwiz, is being sold at a secret auction within the fantastic halls of the Criminal Technology Show. The expo is displaying some impressive destructive technology, including pumpkin bombs, goblin gliders, and even Sentinels. Though the convention hall is filled to the brim with the worst of the worst and weirdest of the weird, there is still plenty of room to walk around and mingle and maybe have a drink with a D-list supervillain. The convention which M.O.D.O.K. and Iron Man are attending is very obviously modeled after the real-life Consumer Electronics Show also held in Las Vegas. CES has almost since its inception been one of the largest and most prestigious events in the industry, bringing thousands upon thousands of visitors each year to marvel at the newest got-to-buy products alongside chances to see the concepts that might end up shaping the future.

Even Tony Stark gets a chance to let his jaw hit the floor when he witnesses one of his automated suits make a classic superhero landing. The entry fee is steep, so M.O.D.O.K. has offered up the armor to cover himself and his guest, a much more acceptable deal to the doormen than the fake Infinity Gem that Loki tried to get in with. Once inside, Tony almost immediately asks M.O.D.O.K. if he can call for backup, considering the place is crawling with supervillains surrounded by some horrifying wares, including what seems to be a captive Xenomorph from the Alien franchise. The two have a mission to focus on, though, and if they can do that they’ll be fine on their own.

M.O.D.O.K.’s mind begins to wander as he scans the crowd, seeing the Wizard and Serpent Society, both of whom have betrayed and killed him. Tony notices what is happening, and M.O.D.O.K. tries to snap himself out of it by going back over the security systems they’ll have to bypass to get to the auction room. As M.O.D.O.K. drones on, Tony slips away to the bar, where he can get someone else to let the password slip. The duo is finally able to make it to the auction, after cleaning up the mess that M.O.D.O.K. made of the Serpent Society during one of his trances, and though their cover is eventually blown, they’re able to make it out with what the tech they came for.

Repairing M.O.D.O.K.’s mind is a quick and easy task, one that doesn’t provide any real insight into what has been causing his problems other than learning that the program responsible for his visions is older than M.O.D.O.K. himself. It looks like if M.O.D.O.K. wants to get to the bottom of all of this, he’s going to have to revisit the place where George Tarleton first became the criminal genius he is now.

KEEP READING: MODOK Is Being Hunted by a Fan-Favorite Marvel Mutant