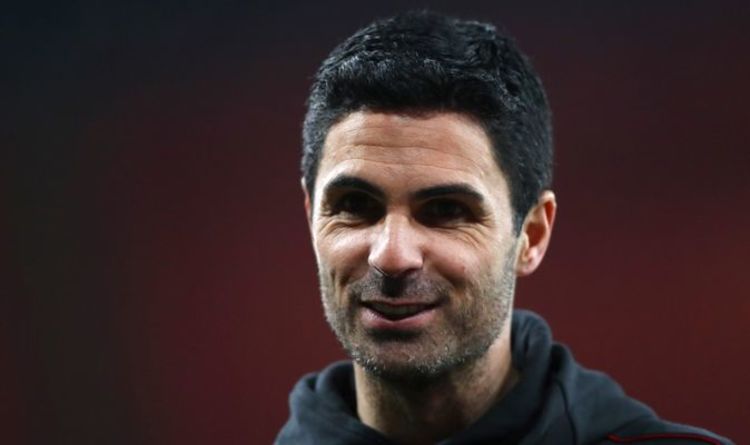 Mikel Arteta has challenged his Arsenal players to maintain their newly-found winning momentum after Sunday’s victory over Tottenham in the first north London derby of the new campaign. The Gunners were firmly on top for the entirety of the contest, with Emile Smith Rowe, Pierre-Emerick Aubameyang and Bukayo Saka finding the back of the net in a comfortable 3-1 win on home soil.

Arsenal were firing on all cylinders from the very first whistle and took an early lead through Smith Rowe, who ghosted into the box unmarked to fire the ball home.

The Hale End graduate was also heavily involved in his side’s second goal, setting up Aubameyang to cap off a fluid move and send the jam-packed Emirates Stadium into a frenzy.

Saka added a third for the Gunners after the half-hour mark, twisting and turning in the area before finding the bottom corner with a sweetly-struck effort under pressure.

Spurs managed to gain a foothold in the match after the interval and hit back through Son Heung-min late on, but the visitors ultimately failed to do enough to wrestle the all-important victory away from their bitter rivals.

The result saw Arsenal extend their winning run in the Premier League to three matches, with Arteta urging his players to keep up the good work after the final whistle.

JUST IN: Man Utd blasted for treatment of Jadon Sancho by Dortmund chief

“It’s a special day and today is one example of what we want to do, but we have to be consistent,” the Spaniard told Sky Sports.

Arsenal were heavily backed by the 59,000-strong home crowd throughout Sunday’s match, with Arteta going on to recognise the patience and loyalty of the club’s supporters by dedicating the result to them.

“I think in life you have to show gratitude,” he added.

“These people have stood by this club and these players. This win is for them.

“When you are trying to rebuild and trying to do the right things you have to stay by your values. Now we are creating the connection with our supporters.

“We had great determination, great energy and great quality. I really enjoyed it. I see the belief the players have in what we do [in training].

“They have the quality to put it into practice. They make each other better. It’s about raising the level in the team and training.

“If they all have that mentality, then what happened today happens.”

Arteta’s sentiments were echoed by Arsenal hero Smith Rowe, who also singled out the Gunners faithful for special praise before issuing another call for consistency over the coming weeks.

“The fans have done so much for us today and we want to thank them as much as we can,” the midfielder told BBC Sport.

“I feel like we’ve worked so hard. We had a tough start to the season.

“I feel like its going really well at the moment, but we need to keep our heads down.”

The next James Bond: 10 stars who could take over from Daniel Craig