Mice may ‘catch’ each other’s pain — and pain relief 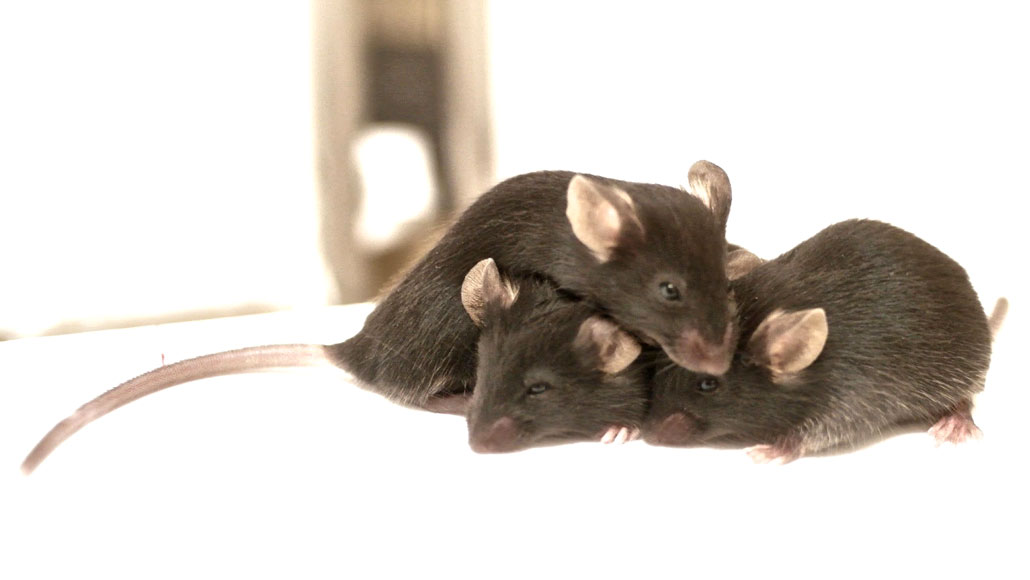 In pain and pain relief, mice may feel for each other.

Research has shown that mice can “catch” the emotions of an injured or fearful fellow. When some mice are injured, other healthy mice living alongside them behave as though in pain. Now, a study suggests that not only can pain be passed along, but also pain relief is contagious too.

In the last decade, researchers have done a lot of work showing that animals can pick up and share each other’s emotions, particularly fear (SN: 5/20/19), says Monique Smith, a neuroscientist at Stanford University. She and colleagues published their new findings on pain and relief in the Jan. 8 Science. Investigating these building blocks of empathy in animals can help researchers understand human empathy, Smith says, and may someday lead to treatments for disorders that affect the ability to be sensitive to the feelings and experiences of other people.

In experiments on pairs of mice, one mouse received an injection that caused arthritis-like inflammation in one hind paw while the other mouse was unharmed. After hanging out together for an hour, “the bystander has it worse than the mouse that got the injection,” says Jeffrey Mogil, a neuroscientist at McGill University in Montreal who was not part of the work.

Injected mice acted as though one paw is in pain, as expected, showing extra sensitivity to being prodded there with a plastic wire. Their uninjured companions also showed heightened sensitivity, and in both hind paws. Those mice act as though they’re in the same amount of pain and in more places, Mogil says. “The behavior is astounding.”

In another set of experiments, both mice received the irritating injection, but one also got a dose of soothing morphine. For hours after these mice mingled, the second mouse behaved as though it also got the drug. “You’ve actually relieved pain in this animal simply by letting it hang out with another animal whose pain was relieved,” says Robert Malenka, a neuroscientist also at Stanford University. In a control group where both mice partners experienced inflammation, the animals’ sensitivity didn’t change after their time together.

To understand how these mice pick up on each other’s feelings, Smith, Malenka and their colleague neuroscientist Naoyuki Asada watched which brain regions were active after the mice spent time together. The team saw nerve cells, or neurons, firing in the anterior cingulate cortex, an area important in human empathy and part of the brain region responsible for memory and cognition.

The team found neurons connecting this area to other parts of the brain, including the nucleus accumbens, an area that deals with motivation and social behavior. When the scientists disrupted that particular neural connection, “the animals no longer were able to manifest empathy” for pain or pain relief, Malenka says.

The transfer of other emotions between mice may rely on different brain connections. The researchers also examined how mice feel each other’s fear in experiments where mice saw other mice receive an electric shock. The team found that fear transfer relied on connections from the cortex to part of the amygdala, a region known to respond to fear. That suggests that different processes in the brain are involved in different types of empathy. But the differences may also be linked to how mice sense their fellows’ emotions, Mogil says. In the pain and pain relief experiments, mice spend time together sniffing each other, and odors can contain clues to the animals’ feelings. But in the tests on fear, visual cues conveyed animal emotions.

“Not surprisingly, the circuits that they’re looking at are remarkably similar to some of these processes in humans,” says Jules Panksepp, a social neuroscientist at the University of Wisconsin–Madison who was not part of the study. Both mice and humans share a connectedness with their compatriots in emotional situations, he says, and research points to a shared evolutionary basis for empathy.

If scientists can home in on the neurochemicals that foster empathic processes, Panksepp says, they may be able to design drugs to treat conditions, such as psychopathy or social personality disorders, that cause empathy to go awry.