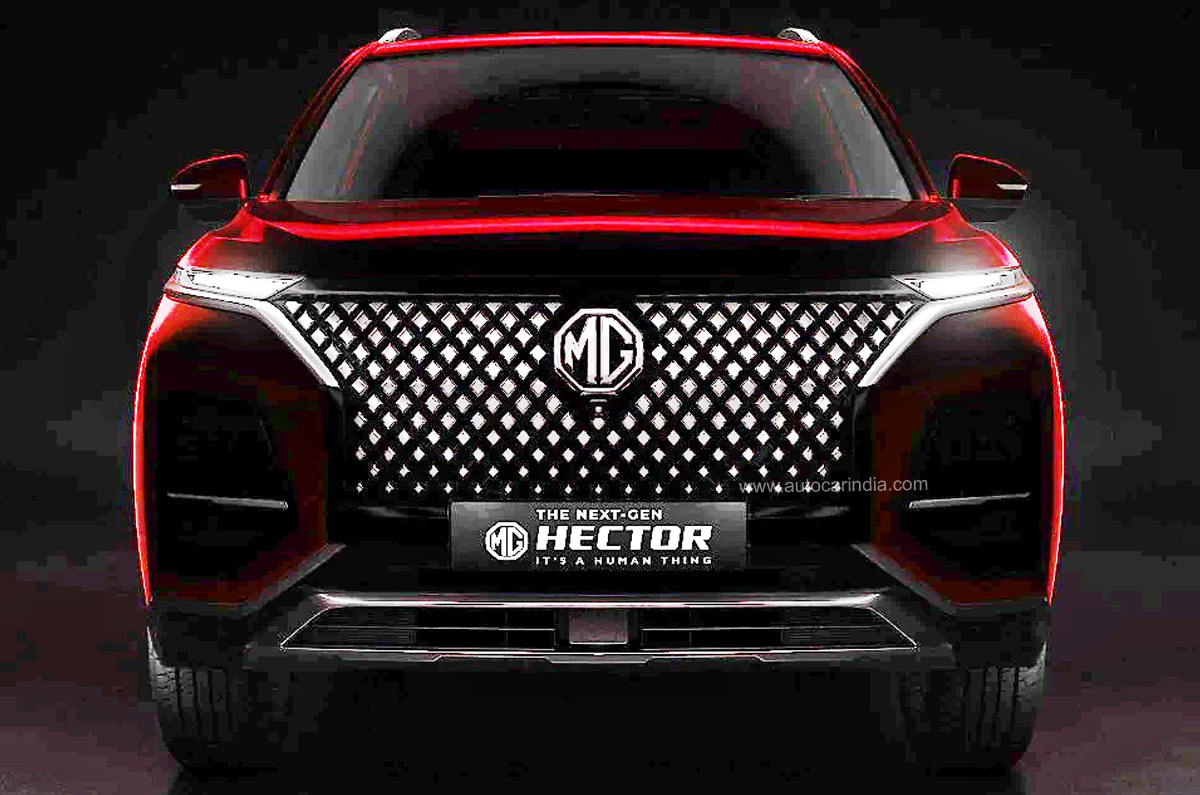 The facelifted Hector will see a major step up on the equipment front, including ADAS; launched expected early next year.

We recently got our hands on the first undisguised spy images of the MG Hector facelift, and now, we have information on its dimensions, engine details and the variant details of the updated MG Hector. MG Motor is expected to introduce the mid-life facelift on the Hector sometime early next year, and it will come with a comprehensive set of exterior and interior updates.

The updated MG Hector will likely be offered in three trims – Smart, Sharp and Sharp EX. This suggests that MG could be trimming the variant line-up of the updated Hector as the base Style and Shine trims will likely be discontinued. The Hector facelift will sit above the current model, and the discontinuation of the base trims could mean that there could be a mark-up in the price. The higher-spec Sharp and Sharp EX trims will also be offered with dual-tone colour options.

As far as dimensions are concerned, the Hector facelift will measure 4,655mm in length, 1,835mm in width, 1,760mm in height, with a wheelbase of 2,750mm. These dimensions are, in fact, identical to the current Hector.

Following the Hector, a similar cosmetic update is also expected on the three-row Hector Plus. However, here too, MG will likely trim down the variant line-up to offer the Hector Plus in just two trims – Sharp and Sharp EX – and only in 6-seater guise. This suggests that the entry-level Style and Super trims could be discontinued along with the 7-seater configuration altogether. Like the Hector, the Hector Plus will also remain unchanged in its dimensions from the current model.

As far as cosmetic updates are concerned, teaser images have revealed a completely new front fascia for the updated Hector. It gets a large, diamond-mesh grille with chrome surrounds and new, aggressive looking front bumpers with pentagonal housing for the headlamps.

MG has also teased the interior of the Hector facelift, where it gets a completely revised dashboard with a huge 14-inch portrait-oriented touchscreen – the largest among any mass-market car in India. It will also get the next-gen i-Smart tech, all-new digital instrument cluster and even ADAS functionality. You can read more about it here.

The MG Hector facelift, and likewise the Hector Plus facelift as well, will remain mechanically unchanged to the current model. That means it will continue with two 143hp, 1.5-litre turbo-petrol engines – one with mild hybrid technology – and a 170hp, 2.0-litre diesel unit. Gearbox options are also expected to remain the same.

The next big launch for MG in India would be the new Air compact EV. Expected to be launched in early 2023, it will be the smallest car in India – measuring just 2.9m in length – and is likely to be positioned as a premium intra-city runabout. For more details on the upcoming EV hatchback, click here.

Vardhan Puri shot for two music videos for 3 days in a row in India, Mauritius