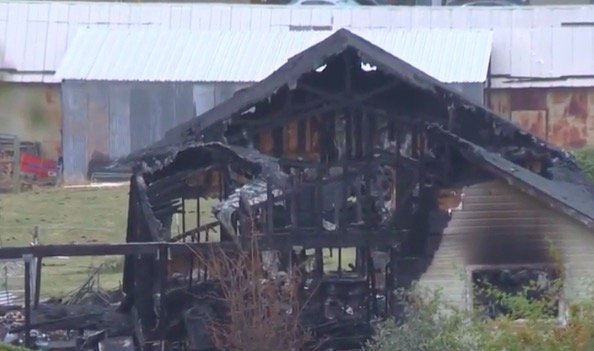 A fire that destroyed a home last week in the Sierra Nevada foothills drew widespread interest because of claims it was started by a meteor — but a fire investigator says that theory is “unlikely.”

“A very large meteor could cause a fire, but it would leave evidence of that,” Penn Valley Fire Protection District Capt. Clayton Thomas told the Union newspaper. He added that NASA experts have told the fire agency that they don’t believe that anything struck the ground at that time.

The homeowner, Dustin Procita, told Sacramento TV station KCRA that something hit the house — “a big bang” — and then he smelled smoke. He escaped unharmed but was unable to save one of his dogs. Firefighters from multiple agencies fought the blaze for four hours.

Several people told firefighters and reporters that they had seen a bright blue ball of light streak across the sky right before the fire was noticed. One of them, Evita Nieves of Oroville, posted video from her car’s dashcam on Facebook. She told the Union that even after the fire was extinguished, a blue light emanated from under the home’s porch.

The American Meteor Society, a nonprofit science group, said it received more than 100 reports of a fireball over Northern California at 7:28 p.m. on Nov. 4. But it said that the object was over the Mount Shasta area, 150 miles from Procita’s house, and that NASA stated any fireball would have disintegrated before impact.

The Mount Shasta fireball was not part of the Taurid meteor shower, which started in late October and peaks this weekend, NASA said.

Josh Miller, a Penn Valley fire captain, said the investigation of the fire’s cause would take about two weeks.

Procita’s mother has started a GoFundMe campaign for her son and his wife. She said the home was “a total loss” and was not insured.

— CNN contributed to this report

Lucasfilm Refuses to Name Yoda’s Race, so ‘Star Wars’ Fans Have Come Up With Their Own Shortlist