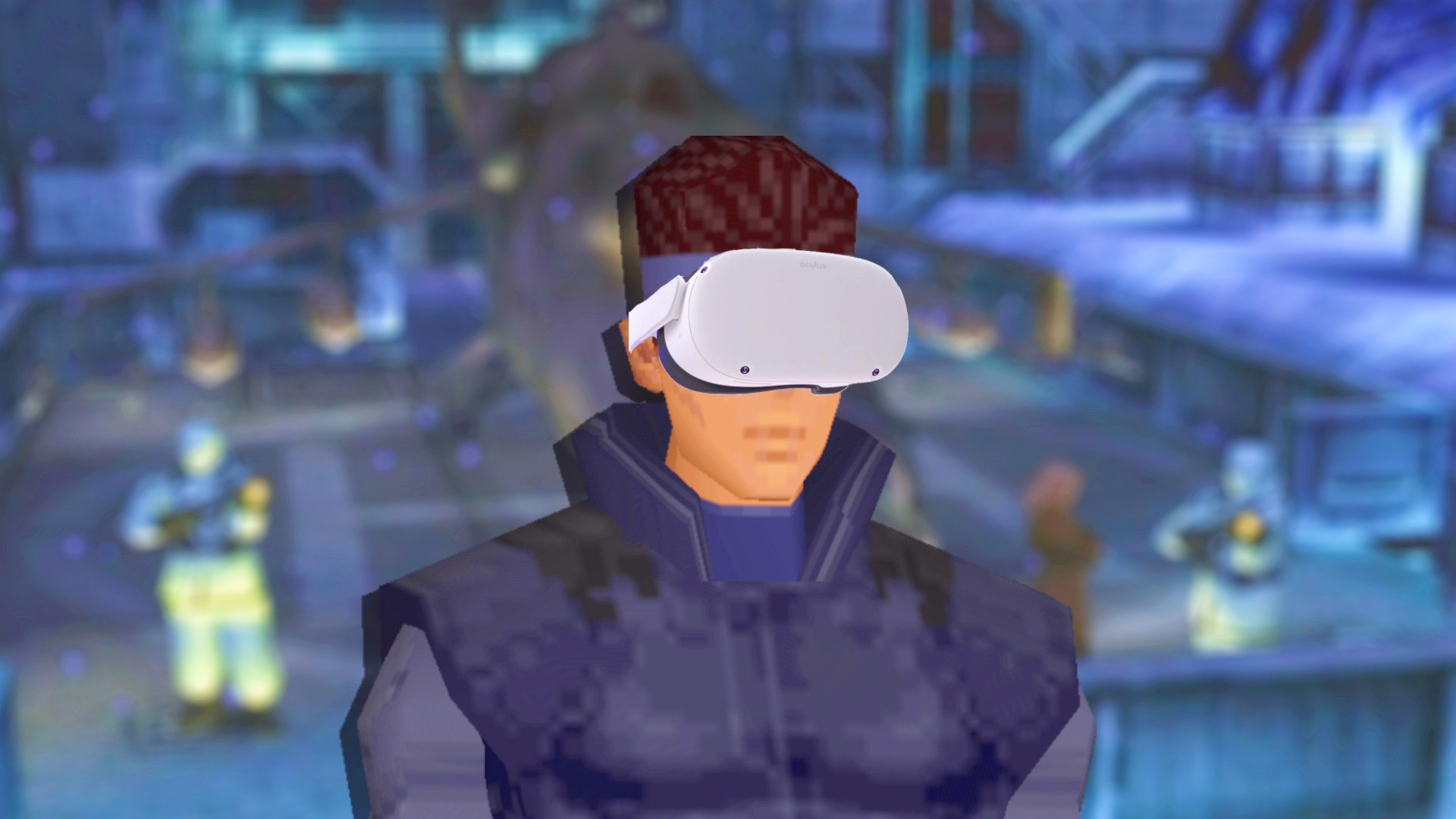 Metal Gear Solid VR is now available to play thanks to a Boneworks mod, bringing Hideo Kojima’s Playstation classic to vivid new life using Unreal Engine 5, and with plans to possibly launch the greatest ever stealth game for the Oculus Quest 2.

The icy, broken-concrete confines of Shadow Moses – a kind of enormous tomb for the Cold War superpowers – remain, perhaps, the most evocative location of any videogame, especially when viewed through the VR lens of an Oculus Quest 2. The Metal Gear Solid aesthetic is instantly recognisable, with those gun-metal greys, faded, digital greens, and warping PS1 textures that remain completely iconic after almost 25 years.

For a whole generation of gamers, Metal Gear Solid was their first “proper” game, with fully realised characters, an in-depth story, and themes reflective of real life. Everything was so rich – from the dialogue, the plot, and the environment – that it felt like you could almost reach out and touch the world of Metal Gear Solid. And now, thanks to a new mod for the intensely bloody FPS Boneworks, you practically can.

Simply titled Metal Gear Solid Mod, this is a recreation, in 1:1 scale, of the initial three areas of MGS: the dock, heliport, and tank hangar. Complete with guards, security cameras, and laser tripwires, these sections comprise the – if you like – “game” version of the mod. But there is also a special museum section, containing a variety of assets from throughout Metal Gear Solid, including character models and environment art that you can explore and admire at will.

The actual mod is the work of Holydh, who has created it as their first ever modding project. However, many of the assets come from fellow modder Vapor Cephalopod, who has translated much of Metal Gear Solid’s original visual work into Unreal Engine 5. Speaking to PCGamesN, Vapor describes the original processes which would eventually enable Metal Gear Solid VR:

“I extracted all of the original models, lighting, animation, and even audio from the original PS1 game,” they explain. “When I started I had to convert every model, one at a time, into something usable. But about a year in, the reverse engineering group developed tools to extract models more easily which sped everything up. I’m also using these original models to build new high quality models as close to photoreal as my skills will take them.

With the groundwork laid by Vapor, Holydh has been able to expand the Unreal version of MGS into their current virtual reality mod. Many of the assets have been re-used from the UE5 version, but there is still plenty of additional work involved in getting the game to work both in Boneworks and in VR.

“This is the result of the incredible work provided by Vapor Cephalopod and the reverse engineering team,” says Holydh. “I used like 85, 90% of the assets as they were, and tweaked or recreated 10 to 15% of them when they needed to be improved for VR use. However, I’ve encountered lots of limitations with the way I have to handle things on Boneworks. That game doesn’t officially support mods, so we have to use lots of tricks to get our functions to work correctly. I’m actually making some tests to port my mod to Unity.” 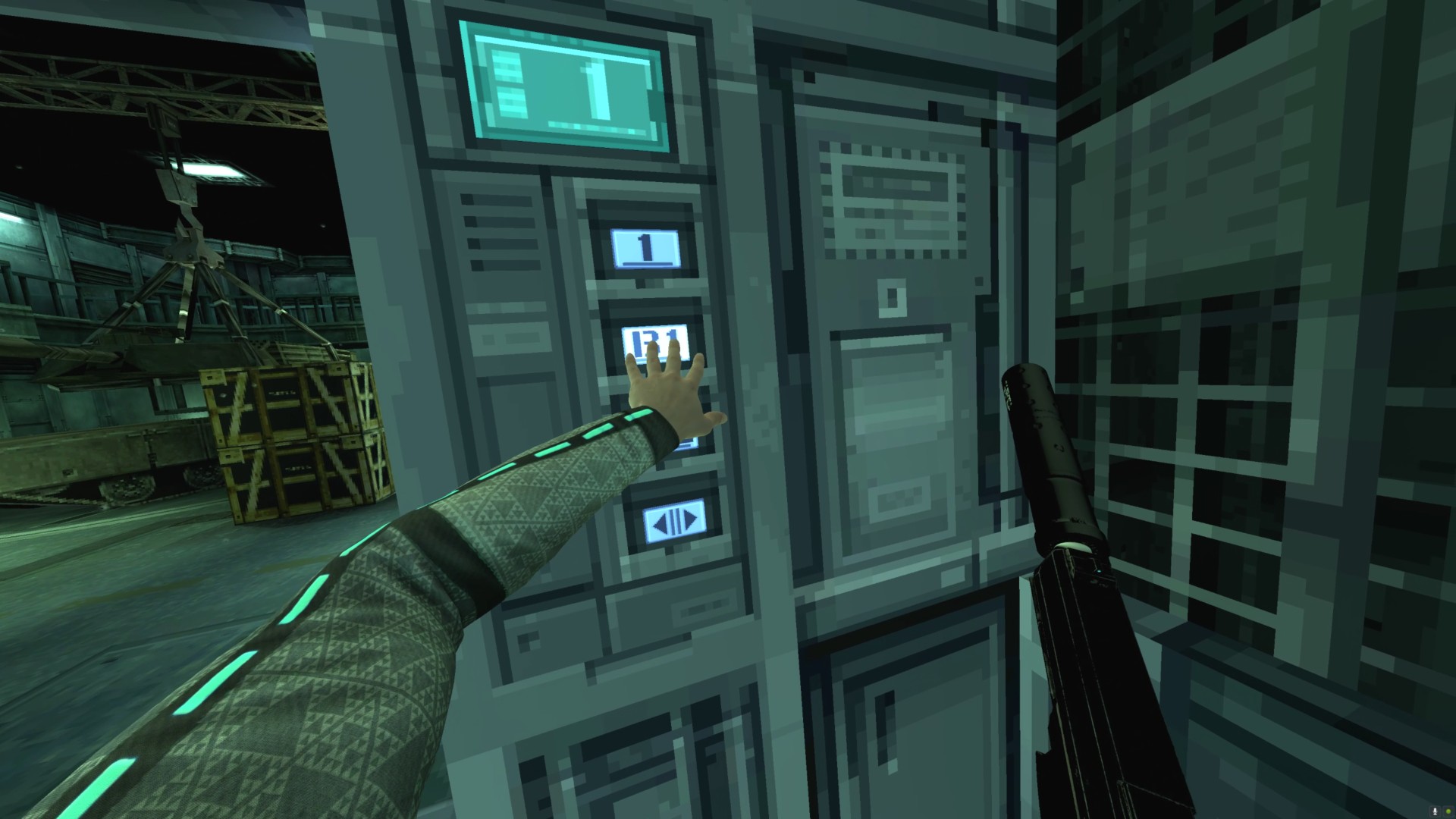 As well as competing with Boneworks, Holydh has also faced difficulties with regards to Metal Gear Solid’s audio and effects. The PC version of the game, released in 2000, has lower quality sound files than its Playstation counterpart, but extracting audio from the PS1 also presents its own considerable challenges.

“Extracting audio from the PS1 version is possible,” Holydh explains, “but the way the PS1 handles audio makes the task really hard. It doesn’t play audio files. They’re kind of like midi files that the console takes and plays the different instrument tracks of. Codec conversations and lots of NPC and boss lines are easily extractable, but I’m still missing lots of SFX. The weapons SFX in my mod, for example, are from the PC version that I cleaned up as much as possible, but if you listen carefully, the audio is still in a pretty bad shape. I’d like to improve the audio quality but haven’t yet found the perfect recipe for that.”

Nevertheless, building Metal Gear Solid in VR has led Holydh to some interesting discoveries about the original game, especially regarding one of the stealth-’em-up’s most fondly remembered bosses.

“The first three levels are available,” they explain, “including all floors of the tank hangar, with NPCs and lots of nice features like cameras triggering the NPC aggro, the rifle cameras on the B2 floor, and the laser zone triggering the gas trap. But there’s also the museum with lots of assets. I suggest you go and see Vulcan Raven’s real size. I never noticed he was that big while playing on PS1.” 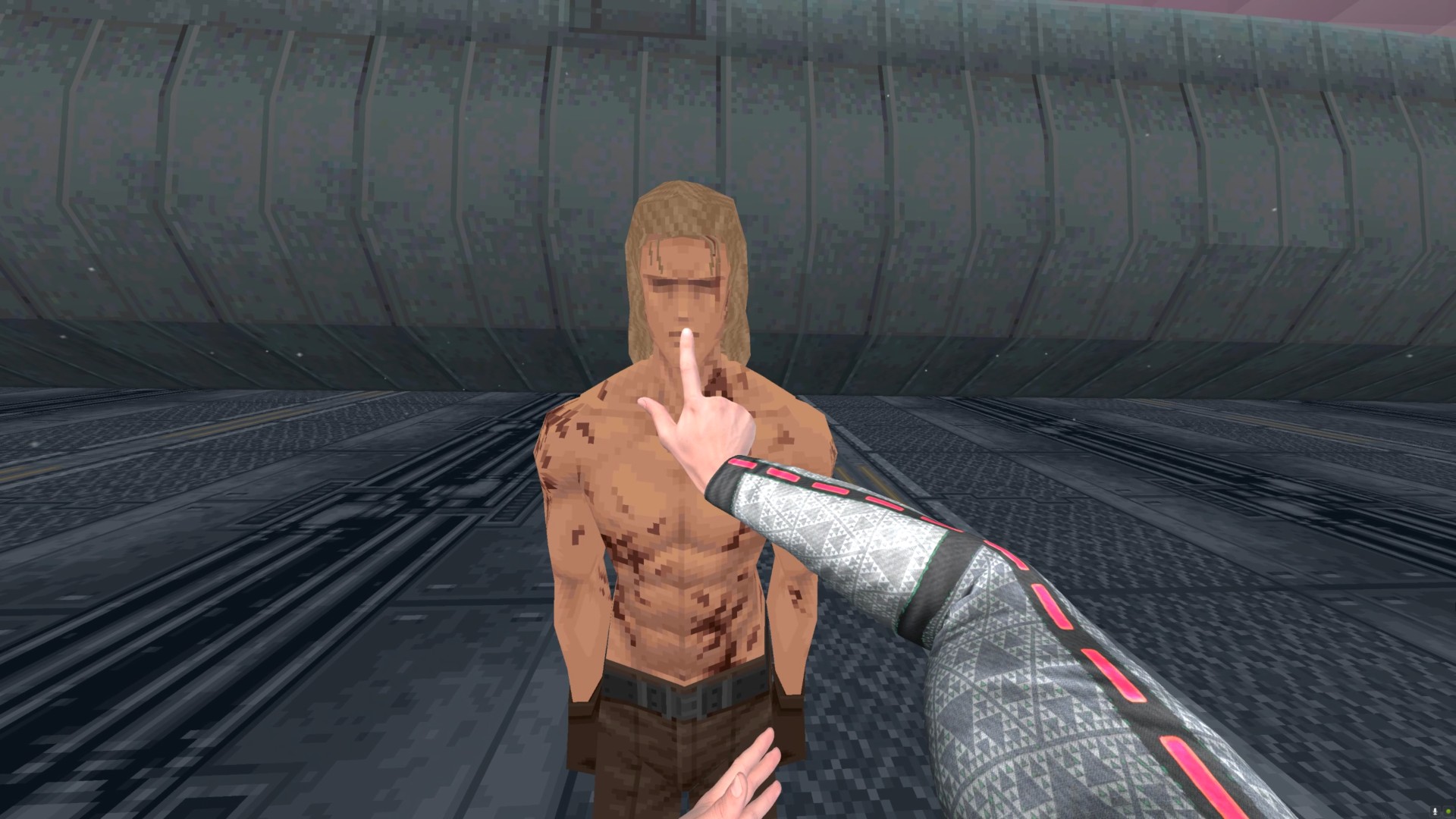 While Metal Gear Solid isn’t the only Playstation-era game being rebuilt in VR, with one recent mod bringing Final Fantasy VII Remake to Oculus Quest 2, Holydh explains that the project is currently more of a “hobby”, but is continuing to work on its base functions, as well as potentially making Metal Gear Solid VR compatible with the Oculus Quest 2.

“I’ve progressed a lot these last months but it’ll still take some time before I can actually show anything publicly. I’m still working on the base mechanics. Thanks to the low poly and ‘pixel art’ look, I think it should be able to run natively on Quest 2. But I can’t promise anything. I’ll see how far I get.”

You can download Metal Gear Solid VR now from Nexus Mods, to run through Boneworks. If reading about the original MGS has got you all nostalgic, you might want to try some PC classics that are still worth playing. We also have details on the Oculus Quest 3 release date and Meta’s Project Cambria release date, which could be coming sooner rather than later.