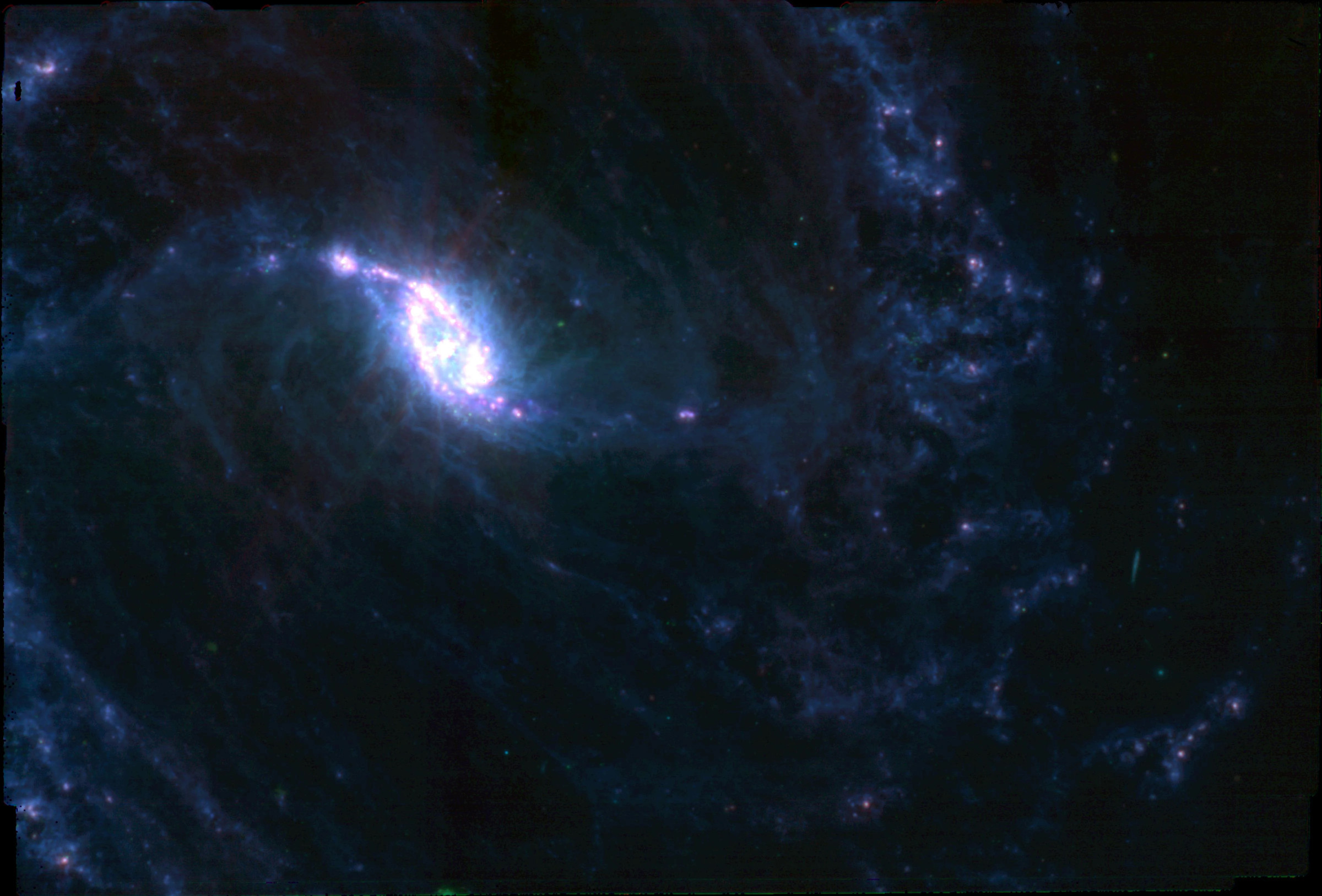 NASA released the first images from the James Webb space telescope in July and the spacecraft hasn’t stopped yet. On top of official image releases, the raw data captured by the telescope has yielded an amazing amount of material, too. One of the latest images comes to us from an astronomy graduate and it gives us a mesmerizing view of the Great Barred Spiral Galaxy.

The Great Barred Spiral Galaxy is more formally known as NGC 1365. It is located around 56 million light years away from Earth. The galaxy is a star-forming galaxy with an actively feeding supermassive black hole—one akin to our own Milky Way black hole.

The galaxy is also “face-on” towards Earth, which gives astronomers a perfect view of its double-barred structure.

Reddit user u/SpaceGuy44 processed the image from raw data taken from James Webb. NGC 1365 is very similar to our own Milky Way galaxy. Unlike the Milky Way and other barred spiral galaxies, NGC 1365 has two bars of older stars stretching across it.

Mesmerizing galaxies like the Great Barred Spiral Galaxy form due to a congregation of gasses, stars, and galactic dust orbiting the center of a galaxy at different speeds. This causes the material to form into higher and lower densities, according to Inverse. Scientists believe that the bars in NGC 1365 may be part of what fuels new star formation within the galaxy.

The team behind the James Webb space telescope chose this rare spiral galaxy because of its potential. The raw data that SpaceGuy44 processed was captured before James Webb even showed off its first full-size images. As such, we’re seeing some of the first data James Webb ever captured.

It’s amazing to think of all the potential James Webb has to study galaxies like this Great Barred Spiral Galaxy. As well as the potential that it has to detect water on exoplanets that are millions of light years away. And this is undoubtedly not the last time we’ll see the community release new images from James Webb’s data.

After all, the Space Telescope Science Institute (STScI) spent months calibrating James Webb to study galaxies like the Great Barred Spiral Galaxy. And that means hundreds of gigabytes of raw data just waiting for us to process and release to the world.

Man has chips implanted into his hands for storing data, home access, and opening a Tesla