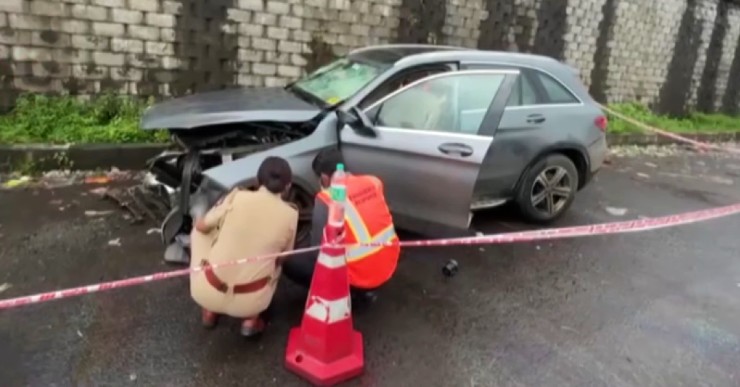 Mercedes-Benz officially issued a statement for the first time since the death of Cyrus Mistry, former chairman of Tata Motors. Mistry was killed on Sunday after his car – a Mercedes-Benz GLC crashed into a road barrier on a bridge in Maharashtra. The German luxury car maker has started its investigation on what exactly happened at the time of the accident.

The automobile manufacturer has collected the key data from the vehicle and will analyse the data points at its headquarters in Germany. They also said that they are cooperating with the police and other investigating agencies to probe the tragic incident.

In a statement, Mercedes-Benz said,

“As a responsible brand respecting customer privacy, our team is cooperating with the authorities where possible, and we will provide any clarifications to them directly as required. We are deeply saddened by the untimely demise of Cyrus Mistry and Jehangir Pandole in the unfortunate road accident. At the same time, we are glad to learn that Anahita Pandole and Darius Pandole are recovering. We wish them a speedy recovery,”

The data chip has been recovered and will be analysed to find out the reason behind the accident. Mercedes-Benz will look into details like the tyre pressure, brake fluid level, speed, the position of the steering wheel, the status of seatbelts, airbag deployment and any malfunction that the car might be facing. 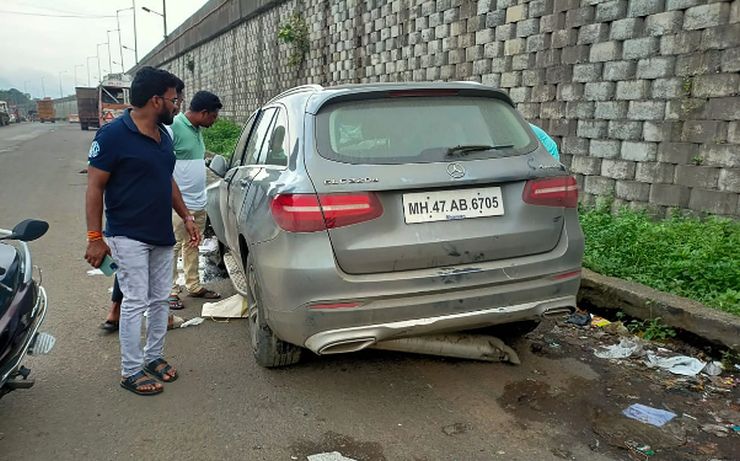 Cyrus Mistry and three of his friends were returning from Iranshah fire temple in Udvada, Gujarat. They were travelling in the same car after their visit. Cyrus Mistry, who is the former chairman of Tata Motors was travelling with Jehangir Pandole who is the former director of KPMG’s Global Strategy Group, Anahita, who is an ex-independent director of Tata Global Beverages and Darius, Managing Director of JM Financial’s private equity business.

The other two passengers who were sitting in the front and had their seatbelts fastened survived the accident. Anahita was driving the car at the time of the accident. She lost control of the car on the old bridge over the Surya river. The car had covered 20 km in 9 minutes after the Charoti toll. The car was trying to overtake another vehicle from the wrong side when the driver lost control.

Mercedes-Benz GLC gets a five-star rating by Euro NCAP, which has much more stringent norms compared to the Global NCAP. The GLC in which Mistry was travelling offered features like seven airbags, crossover assist and the Mercedes Pre-Safe occupant protection system.

The Pre-Safe works to ensure that the occupants remain safe. It detects objects and other cars on the roads and applies automatic emergency brakes too.

Anupamaa Reigns As Rupali Ganguly VS Tejasswi Prakash Intensifies, Naagin 6 Gets Thrown Out Of The TRP List! Here’s Which Other Shows Cemented Their Place