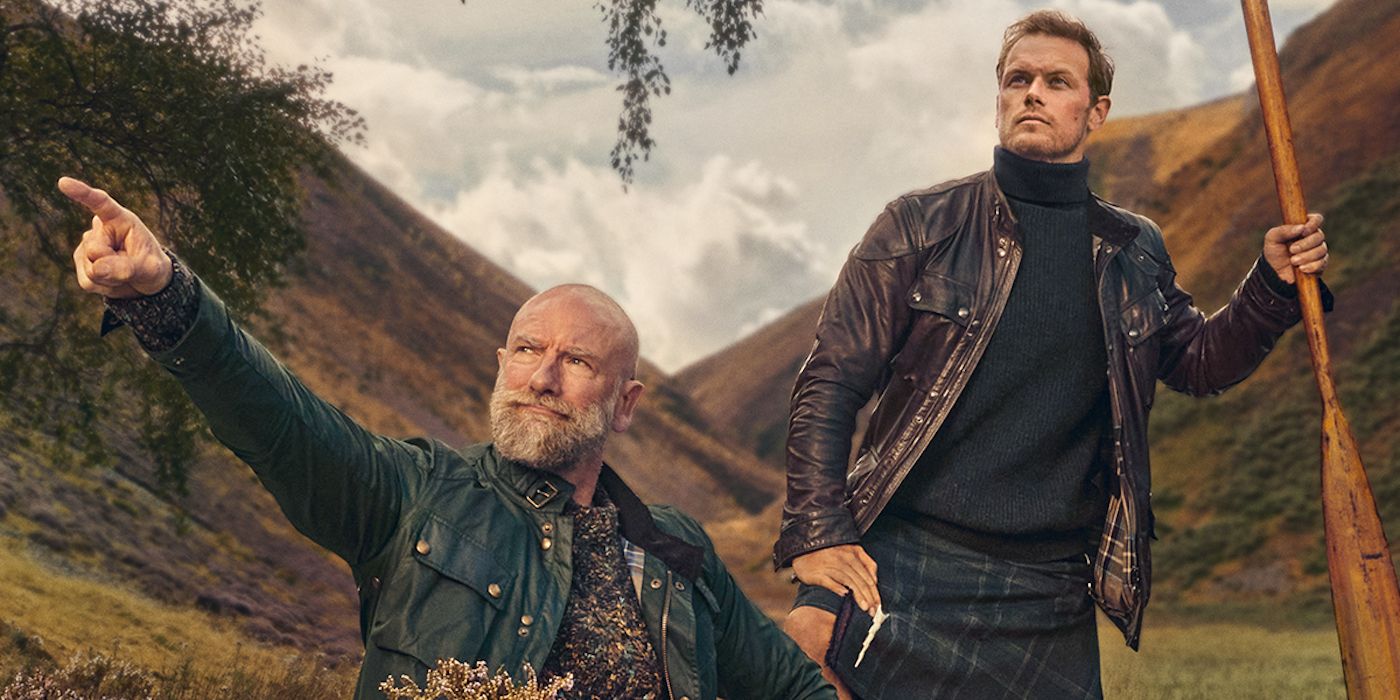 What would you like this Valentine’s Day? Box of chocolates? Candy hearts? Any sense of justice or consequences faced toward people who commit and incite acts of domestic terrorism? Or perhaps, would you like to watch two charming blokes from romantic fantasy epic Outlander cavort around Scotland for their and our amusement? Starz is betting you’ll choose that option — and after watching this charming-as-heck trailer, you’ll be inclined to agree. Men in Kilts: A Roadtrip with Sam and Graham comes to that network February 14.

Sam Heughan and Graham McTavish are the titular subjects of the program, both of whom got so used to Scotland after shooting there for Outlander, decided to head back to explore the beautiful country more. In this clip, we see beautiful countrysides, cultural explorations, and, of course, these two dang handsome men in dang handsome kilts. Plus, they seem to like ragging on each other, and that is just a dynamic I’ll always love.

Men in Kilts: A Roadtrip with Sam and Graham premieres on Starz February 14, 8pm. Check out the official trailer and synopsis below.

“Men in Kilts: A Roadtrip with Sam and Graham” is a fun-filled buddy travelogue through Scotland led by “Outlander” stars Sam Heughan and Graham McTavish. The two will reunite for an epic adventure, exploring their heritage and meeting an incredible collection of people who truly showcase what it means to be Scottish. The half-hour, eight-episode series offers the duo’s one-of-a-kind perspective on everything from Scottish clans and the Battle of Culloden to whisky tasting and folk dancing, with Sam and Graham’s witty banter and hijinks leading the way. Whether hanging off the edge of a cliff, wrangling a flock of wild sheep or discovering the true legacy of their Outlander characters, both men dive head first into each and every experience.


Gregory Lawrence (aka Greg Smith) is a writer, director, performer, songwriter, and comedian. He’s an associate editor for Collider and has written for Shudder, CBS, Paste Magazine, Guff, Smosh, Obsev Studios, and more. He loves pizza and the Mortal Kombat movie. For more, www.smithlgreg.com

Folk Songs to Celebrate the Occasion

When and Where to Watch 4th Test Match?