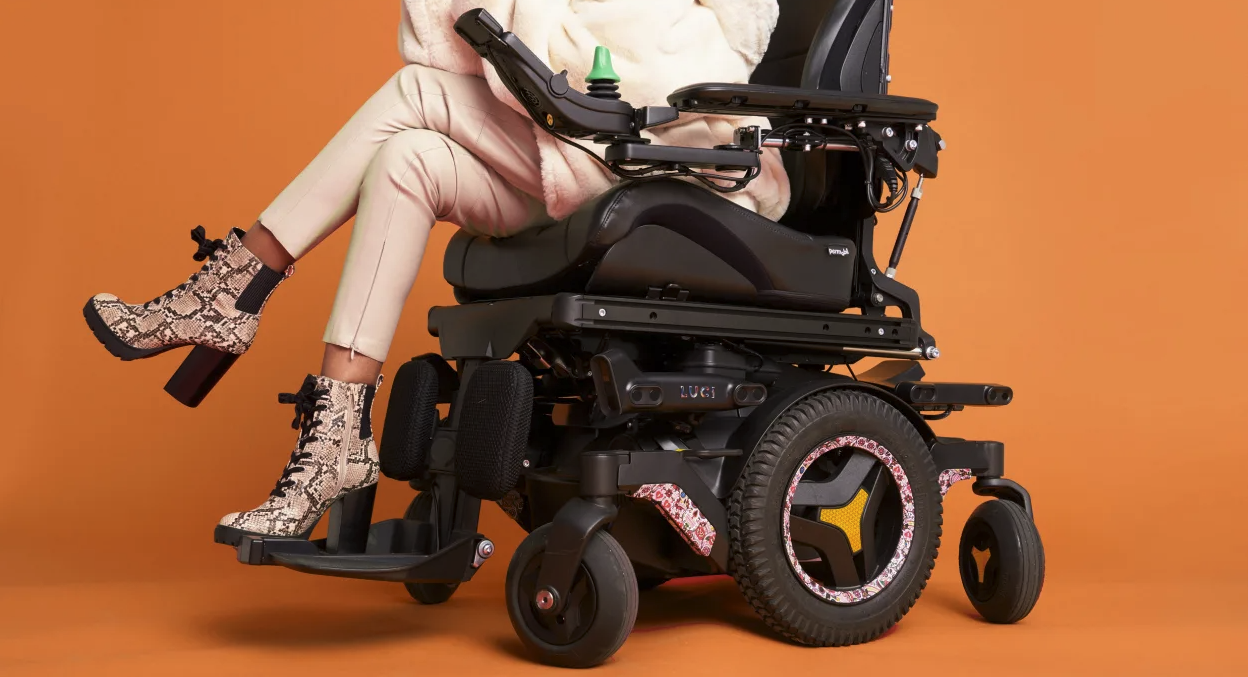 As a technology that’s been around for decades, powered wheelchairs aren’t exactly a hotbed of innovation. Aside from some basic improvements in power and battery life, they’ve largely remained the same for the past few years.

But that’s not to say nobody’s pushing the envelope in this space. A couple years ago at at CES, Digital Trends got an early look at LUCI, an innovative startup that’s aiming to give all the world’s wheelchairs a technological upgrade, retrofitting them with aftermarket abilities like obstacle avoidance, drop-off detection, 360-degree sensor vision, and smart assistant integrations. In 2021, the company had just barely launched and was still getting off the ground, but here in 2022, it’s really starting to make waves — so we caught up with founders Barry and Jered Dean to hear about the company’s journey so far — and also what’s coming next.

Digital Trends: What inspired you to rethink the way wheelchairs work?

Barry: It comes from my daughter, Katherine, our family, and our lived experience, frankly. I’m not in a chair, nor is Jered, but my daughter, Katherine, is, and we had a friend of the family who was injured in a wheelchair accident. We wanted to find the technologies and protection to help her have more independence. And as she got older (she’s 21 now), we found it didn’t exist. We’ve found that frustrating, and so we began working to try to solve that problem.

A lot of people don’t realize that these power wheelchairs cost about as much as a car, and the only safety feature on them is a seat belt. The disability community has been left behind by technology, and it’s sort of this forgotten world. At LUCI, we’ve been working really hard to bring technology to this world, to these users, to our family.

What surprised you the most when researching wheelchair owner data?

Barry: The things that probably surprise people the most are the cost of the wheelchair and the weight, which we knew from our lived experience. Also, finding out that twice as many people are getting hurt and going to the ER in wheelchair accidents as they are in motorcycle accidents. There are a lot of wheelchair accidents out there, but everyone sort of assumes it’s just them or they may even think, “it’s my fault.” We had those same thoughts until we started understanding that it wasn’t just a family problem, but rather an industry problem — a safety issue for anyone who’s using a motorized mobile device.

We wanted to demonstrate safety issues in a scientific way. We worked with a crash test facility that does automotive and aerospace. After the first test ran, the facility engineers started realizing the problem and they called an expert, who said the forces we’re seeing when a person runs into a wall (at full speed on a chair) exceed what’s allowed in cars by the federal government. The person is the bumper in a wheelchair if you think about it.

Jered: So basically, a user can add LUCI to an existing power wheelchair, and it turns a dumb wheelchair into a smart wheelchair.

We do collision avoidance and drop-off protection, and connectivity to the outside world. Collision avoidance and drop-off protection really are enhanced mobility. They help people navigate safely, and more independently. LUCI allows users to connect to health trackers, Alexa, Google Assistant, and allows them to communicate and share information with their teams. It comes with a mobile application, which can let users take advantage of features and upgrades like LUCI View, which is something that we just launched in April. It allows users to see a 360-degree view of what LUCI sees around the chair.

Our users are of all abilities. Some can move freely with traditional joysticks, some use alternative drive controls, some even drive with their eyes, so LUCI View can be critically helpful, letting users see what’s behind them and all the way around them, just like on any modern car.

Barry: In the smart tech world, we’re used to over-the-air updates and a platform approach to technology, adding features that we don’t necessarily have to pay for a new device to get. That’s not something that’s come to this industry in this way. When you think about it, a power wheelchair is probably one of the largest expenditures someone is spending on, yet it’s not connected to the things we want it connected to? We wanted to change that.

We’re also introducing new technology for seating that is game-changing. As an example, some people use air cushions — 25% or 30% use an air cushion to help mitigate pressure injury. But if that air cushion is not inflated properly, it works against you. So, we have a monitor called LUCI Air that helps keep track of this. It sends alerts or texts if it detects a problem and tracks the data over time.

There’s also a new technology that we’re working on — just now in beta, so it’s not out yet. It helps people using ramp vans (which are the narrowest ramps) using tagging and robotics technology.

We’re constantly looking for the pain points, and we listen to our customers and ask ourselves “what are the things that people are asking for, and how do we get those to them as soon as possible?” We initiated the platform, and now we’re able to start addressing those directly.

Is LUCI compatible with any power wheelchair or only specific models?

Barry: It’s specific brands and models, but LUCI works with the majority of what is sold now (group 3 medical power wheelchairs). The list keeps growing too. If we’d had this conversation a year ago, we’d have been on one brand and two models, and now we’re on four brands and a large number of models.

Barry: Right now, it is submitted under this code called the KO108 code. It would be the same code you’d use for someone applying to drive with sensors they touch with their head, those kinds of things. Users submit under K0108 and have a medical professional write a medical justification for it. Then the insurer can decide whether to approve. Only about 4% of our sales have been private pay. The rest have been covered by either private insurance like Medicaid, the VA, etc.

We were happy to see how many users were able to get coverage for LUCI. We thought , early on, more clients would have to be private pay because that happens a lot with new products and when purchasing accessories for a power wheelchair. As an example, Ii you want a charger for your phone put on your wheelchair, that’s a $540 option. If you wanted tilt and recline, that’s around a $7,000 option. So these options seem like options, but of course you would kind of need some of these things. We have been pleasantly surprised though. And it’s important to keep in mind that this kind of justification is required for the chair, too! For every thing a person needs, they are having to justify every little thing. I’m not sure most people understand what riders go through.

Let’s say somebody purchases a LUCI system. What happens then? Can they install it themselves, or does it require a specialized technician?

Jered: LUCI is a quick-install process, but it’s installed at the clinics and at the VA. They have technicians who install different features and upgrades on wheelchairs. When you buy a wheelchair, you order the wheelchair base, then the seat, and then the armrest, etc. They’re already installing a bunch of parts to create this custom wheelchair — we’re one of those accessories you can now add on to your chair.

What kind of impact do you hope this kind of technology will have on the world?

Jered: One of the things I’d like people to know is the scale of the problem. I was looking at data the other day, and every week LUCI is preventing our users from over 10,000 potential collisions and tip-overs. When you start looking at those numbers and the injury numbers, it reinforces that there’s a real need for this. There’s somewhere between 400,000 and 500,000 people in America in power chairs, but there’s 3.3 million people in manual and power chairs, at least in the U.S. We want to serve these users with products that are practical and that connect out to the world.

The most important metric to us is the folks that have more independence because of LUCI and the accidents they avoid because of LUCI. That’s at the core of everything we’re doing.

We are working from home (again). Seven tips to boost well-being and productivity