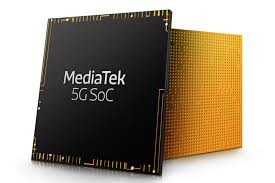 0
Share
The company wrote on Weibo “On January 20, the new products of the Dimensity series will meet with you. Brand new products, superior technology, and upgraded experience. While MediaTek didn’t reveal much information about the component, sources are saying that one of the new chips will be the MT689X. The latter could be MediaTek’s next flagship chip manufactured using the 6nm process node.

The 5nm A14 Bionic chipset used on the Apple iPhone 12 series is the most cutting-edge chip used on a smartphone at the moment. Soon, the 5nm Exynos 2100 and Snapdragon 888 will be employed on the Samsung Galaxy S21 line. The lower the process number, the higher a chip’s transistor density and the more powerful and energy-efficient a chip is.

MediaTek’s 6nm chip, the MT689X, will feature the Mali G-77 GPU. ARM’s high performance Cortex-A78 core will also be included. And based on an Antutu benchmark test, the new chip will be similar in performance to Qualcomm’s top-of-the-line 2020 chip, the Snapdragon 865+. The new 6nm chip is expected to be employed in smartphones that are priced in the neighborhood of $300.

The fact that the chip designer’s components find favor with manufacturers producing lower priced devices is one of the reasons why MediaTek’s Dimensity line has been so successful. In the middle of a global pandemic that has destroyed consumers’ finances, many are settling for lower priced handsets and tablets, especially in developing countries.

How Marvel’s First Disney+ Series Was Made