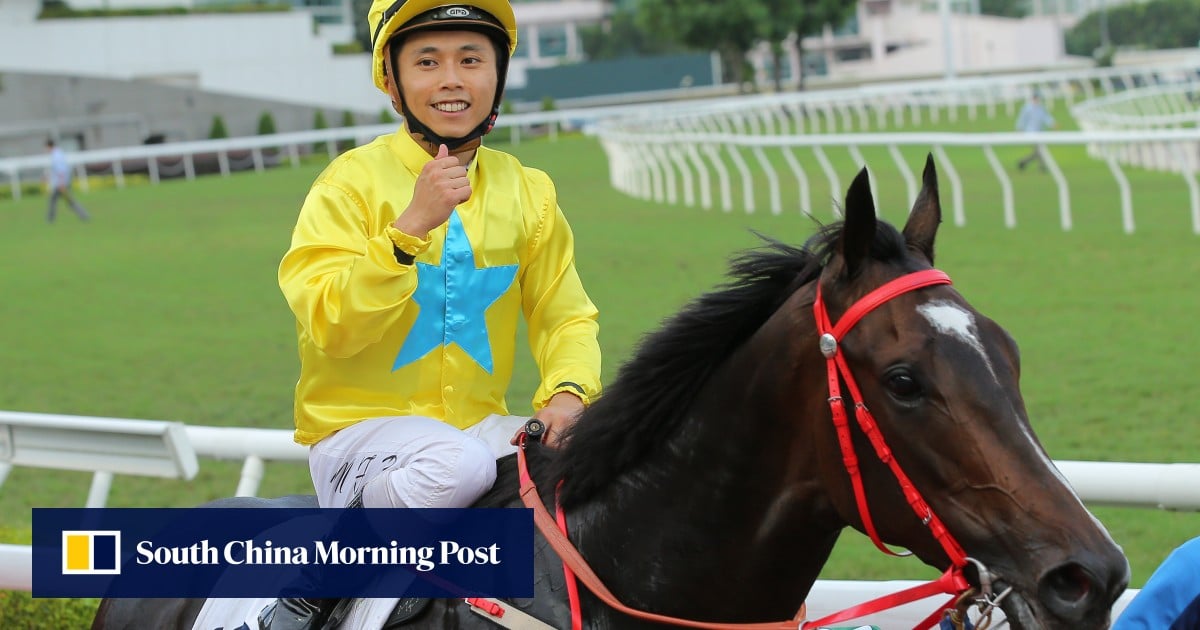 It’s important to take your chances when you pick up nice rides and Matthew Poon Ming-fai did just that on a couple of horses back in action at Happy Valley on Wednesday night.

Lucky Sweynesse had been partnered by Zac Purton and Joao Moreira on his first four starts but Poon was handed the opportunity to jump aboard Manfred Man Ka-leung’s three-year-old last time and grabbed the opportunity in some style, guiding the improving youngster to a short-head victory over Navas Two.

Connections have kept the faith with Poon for the Class Two Staunton Handicap (1,200m) and the rider has high hopes that Lucky Sweynesse can back up that win with another strong performance.

“He’s a young horse and he showed his quality last start,” Poon said. “He won a really nice race over 1,400m but he was a little keen because of the slow tempo and did well to still win very well.

Packing Award had been ridden by Karis Teetan in his first six starts this season before Poon got the call-up last time and the young rider again made the most of a new partnership by steering the talented four-year-old to a neck success.

Poon retains the ride in the Class Three Shelley Handicap (1,650m) but his mount faces a tougher task conceding weight to all of his rivals after being raised seven pounds for his latest victory.

“The only concern is that he carries a lot of weight,” Poon said. “He’s also got nice ability in this class. The top weight is an issue but he’s a big, strong horse and I think he should handle it, but he’ll need to have an easy run in the early stages of the race.”

Poon may be starting to form a love-hate relationship with the 1,200m trip at Happy Valley as despite riding three winners on that course this season, he has finished runner-up an incredible 13 times.

The rider has another good chance over that distance with Super Mission in the Class Three Lyndhurst Handicap (1,200m), with the five-year-old finishing second last time after winning on his penultimate start.

“He carries a light weight and always has a chance of winning,” Poon said.

“His good draw [stall two] helps a lot but the field is quite strong, so hopefully he can get a nice position from that draw and run well again.”

Ever Laugh, Ambitious Heart and Sicomoro complete Poon’s book of six rides at the Valley and with 30 winners under his belt this season, the jockey has just eight meetings left to match last season’s total of 37.

“It’s been a case of so far so good this season,” Poon said. “It hasn’t been the best it could be but I think that it’s gone OK and I’m going to try hard to ride some more winners before the season ends next month.”

Valkyrie Elysium will Launch for PlayStation 5 and…