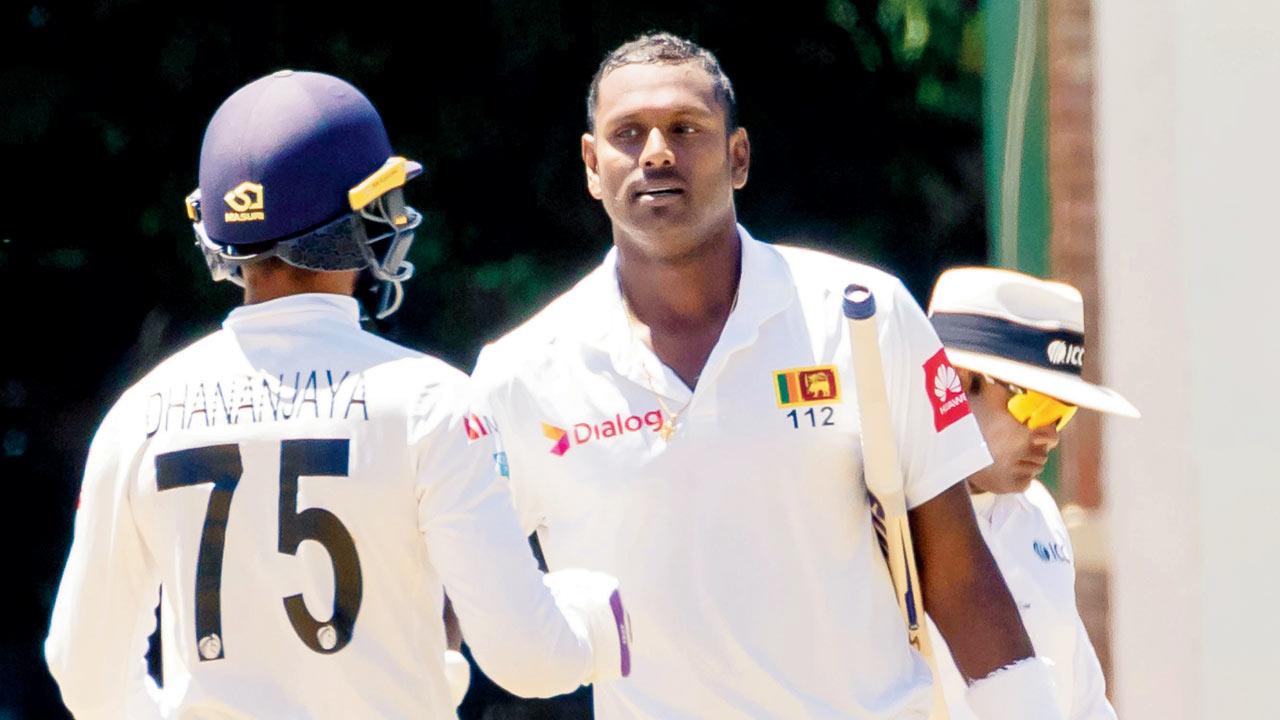 Angelo Mathews’s stubborn century took Sri Lanka to 229-4 on Day One of the second Test against England on Friday after early strikes by James Anderson made the home side look vulnerable.
Mathews was at the crease on 107 with Niroshan Dickwella on 19 at the close here as Sri Lanka, who lost the first Test by seven wickets, tried to make best use of a good batting pitch after winning the toss.
Anderson bowled with masterful control throughout and claimed the first three wickets, including opener Lahiru Thirimanne for 43, that took his Test tally to 603 in 157 matches. The Lancashire bowler finished the day with remarkable figures of 3-24 from 19 overs.
Mathews built crucial partnerships, including a 117-run stand for the fourth wicket with skipper Dinesh Chandimal who made 52.