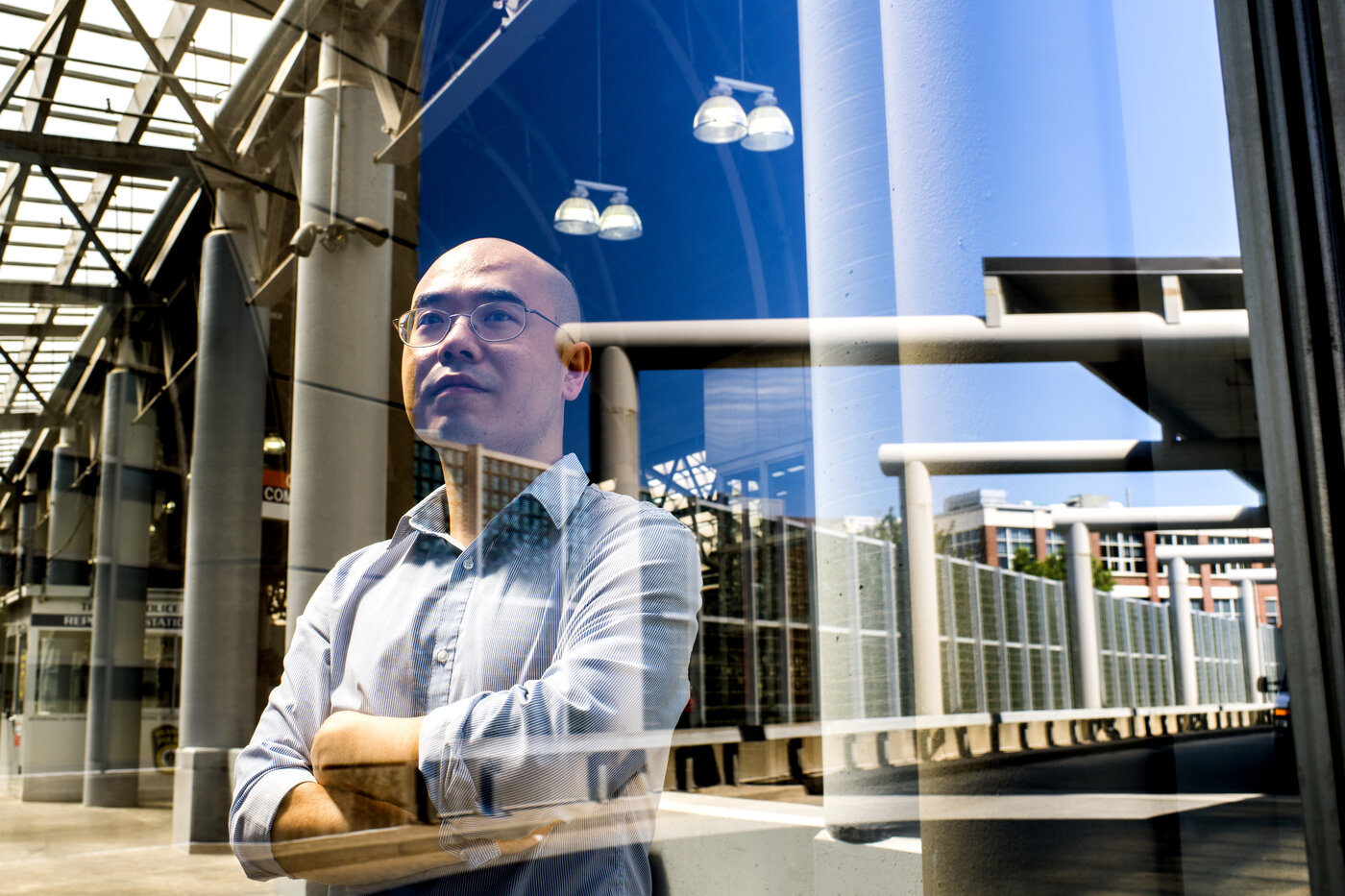 The research team, led by Qi Ryan Wang, associate professor of civil and environmental engineering at Northeastern, and Jianxi Gao, assistant professor of computer science at Rensselaer Polytechnic Institute, also found a disparity in movement among different economic groups that exposed those of little means to greater risk.

Wang and his team used anonymous data from 90 million Americans during six major events to create a mathematical model to predict human mobility during disasters. The results were published earlier in August in the Proceedings of the National Academy of Sciences (PNAS) journal.

“The idea started with the pandemic,” Wang says.

“We started looking at people’s behavior, but particularly their mobility behavior,” he says. “How long they are spending time outside their home, particularly when social distancing was so important.”

Wang and other team members used anonymous information provided by an outside company to analyze pings from the electronic devices of 90 million people across the U.S.

There were some universal behaviors—such as the tendency of people to leave their homes more frequently as time passed, a phenomenon known in scientific terms as temporal decay.

When the researchers added variables such as information provided by census tracts on income and ethnic diversity, they found large differences between human mobility in less and more wealthy neighborhoods.

They found that people in poorer neighborhoods left home sooner and more frequently than people living in wealthier areas.

The behavior is not based on lack of commitment to safe practices, Wang says.

“People from poor neighborhoods took much longer to practice social distancing” during the COVID-19 pandemic, Wang says. “They are essential workers. They still need to go to work to support their families.”

“The model can describe all of them,” he says.

Wang says the research can help emergency services and other agencies target responses during disasters and also identify those at greatest risk of exposure to danger from large-scale events.

“Some probably want to socially distance more, but they just can’t,” he says.

“Based on the results, we can speculate about the reason,” Wang says.

People with lower incomes not only need to be physically present at their job; they are also less likely to be able to stock up on food, water and ice and have emergency generators at their disposal.

“We hailed these essential workers as heroes, but really we are sacrificing their health so they can provide these services,” Wang says.

Governments and emergency responders can use the information provided by the human mobility model to better understand how to allocate their resources during a public crisis, Wang and the other authors say in the PNAS article.

Children Of The Worm’ trailer reveals Prophet Dan in action