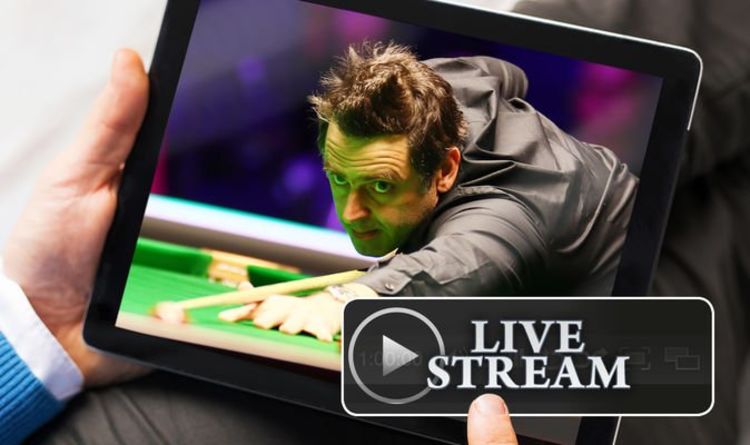 The Masters will be without Judd Trump and Jack Lisowski after the pair tested positive for Covid-19. Joe Perry and Gary Wilson have been called in as their replacements to compete alongside 14 of the world’s top 16 players in Milton Keynes.

The World Snooker Tour had hoped to stage the Masters at Alexandra Palace, the event’s home since 2011.

However, to adhere to the UK’s Covid regulations the event will be held at the Marshall Arena, which has become the temporary home of snooker during the pandemic.

With world No 1 Trump missing out, seven-time Masters champion Ronnie O’Sullivan and three-time winner Mark Selby will be among the leading contenders for the trophy.

Last year’s prize was claimed by Stuart Bingham, who got the better of Ali Carter in the final.

“It seems like it was yesterday but then (at the same time) with the year we’ve had, it feels like it could have been three years ago,” Bingham said ahead of his title defence.

“The more of the year that has gone past the more I’ve had time to think about it and it’s just unbelievable to now be a World Championship winner and a Masters winner; probably the two biggest events in the sport.

“I think it proves I’ve got game to compete with the best and I still pinch myself over what I’ve achieved in my career.

“And for me personally, looking at the greats of (Stephen) Hendry, (Steve) Davis and Ronnie, they’ve won them and so have I.”

There are several ways snooker fans can live stream the 2021 Masters.

With television coverage being shown by BBC and Eurosport, streaming will be available via their online platforms.

Those watching BBC’s coverage will be able to stream the snooker for free via the iPlayer app.

The app is available on mobiles, tablets and gaming consoles, with streams also available on the BBC website.

Fans can also live stream the snooker through the Eurosport Player.

Some UK bookmakers will also be showing streams of selected matches for free on their platforms.

Portal 2 Fans Are Making A Whole New Game Through Mods