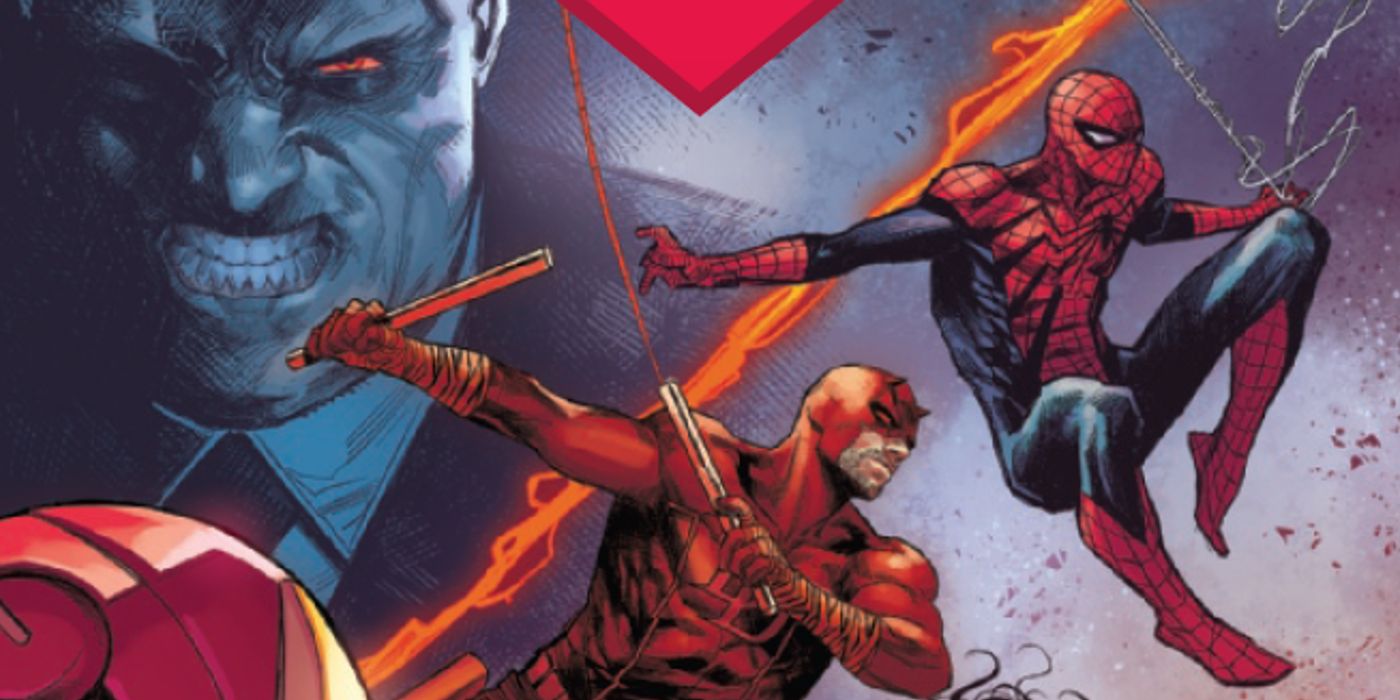 As the current Devil’s Reign event starts to build steam and readers witness a New York City under the Kingpin’s iron fist, it should come as little surprise that Fisk would make his own team of enforcers. Even though Fisk takes a page out of the old Thunderbolts playbook, this new rag-tag band of outlaws represents a concept that is ultimately too outlandish and repetitive. Written by Clay McLeod Chapman with artwork from Manuel Garcia and published by Marvel Comics, Devil’s Reign: Villains for Hire #1 is as chaotic as its titular villains.

In Devil’s Reign: Villains for Hire #1, Fisk used his powers to deputize a group of villains to hunt down heroes. This new team of Thunderbolts includes some familiar faces: Taskmaster, Whiplash, Rhino, Electro, and Agony. For their first mission, the Thunderbolts saved guests at Met Gala from a group of armed insurgents. Thwarting the attackers with a barrage of attacks, the Thunderbolts quickly defeat their opponents. However, this team is far from being friends. Their constant infighting threatens to jeopardize the mission and their lives.

Clay McLeod Chapman (Doctor Doom, Iron Man) brings a fresh collection of characters to the Thunderbolts. Devil’s Reign: Villains for Hire #1 unites a mix of (mostly) ex-Spider-Man villains, with some surprising avenues for interesting interactions and fresh faces. Each character brings their unique and offbeat energy to the team. For the most part, Chapman writes each character with a specific sense of style, fitting their core personalities and backstories up till that point. Some of the dialogue might seem clichéd, and story beats very played out, but for the most part, it’s a good enough setup for subsequent issues with the team being introduced and established to carry the rest of the story forward.

The art by Manuel Garcia and inkers Lorenzo Ruggiero, Scott Hanna, Livesay, Andy Owens, and Victor Nava doesn’t always hit the mark. Having so many inkers on the same project highlights noticeable differences from page to page, which can be jarring. Some of the artwork seems anatomically impossible, which creates dissonance. However, some sequences, such as the brutal action sequences are stand-out moments. It’s these few fleeting pages that perfectly capture the violent nature of this new team, showing readers the Thunderbolts are not here to mess around, and things will get ugly when the Thunderbolts are on the job.

With the new Thunderbolts just getting started, Devil’s Reign: Villains for Hire #1 does a good job laying the groundwork for a new team of government-sanctioned villains. While there are fun moments, the story plays it too safe. Stale dialogue paired with chaotic art hampers this story’s potential and the characters it brings to life. One can hope that further progress is made with character dynamics moving forward. The issue ends with the surprise of a new Thunderbolt team member, which holds some promise that might be the shakeup needed to elevate the team.

Neil Gaiman ‘Thanks’ Activists for Boycotting Lucifer, the Most-Streamed Show of 2021

Sayantan is a comic book fan based in India who loves good storytelling more than anything else. His power to bore people to death with Kaiju lore is only rivaled by his love for books and movies. He has a master’s degree in Energy Tech and loves to watch soccer. You can take a gander at his artworks here: @kenichikyuro

How will my income be taxed if I move to the UK?