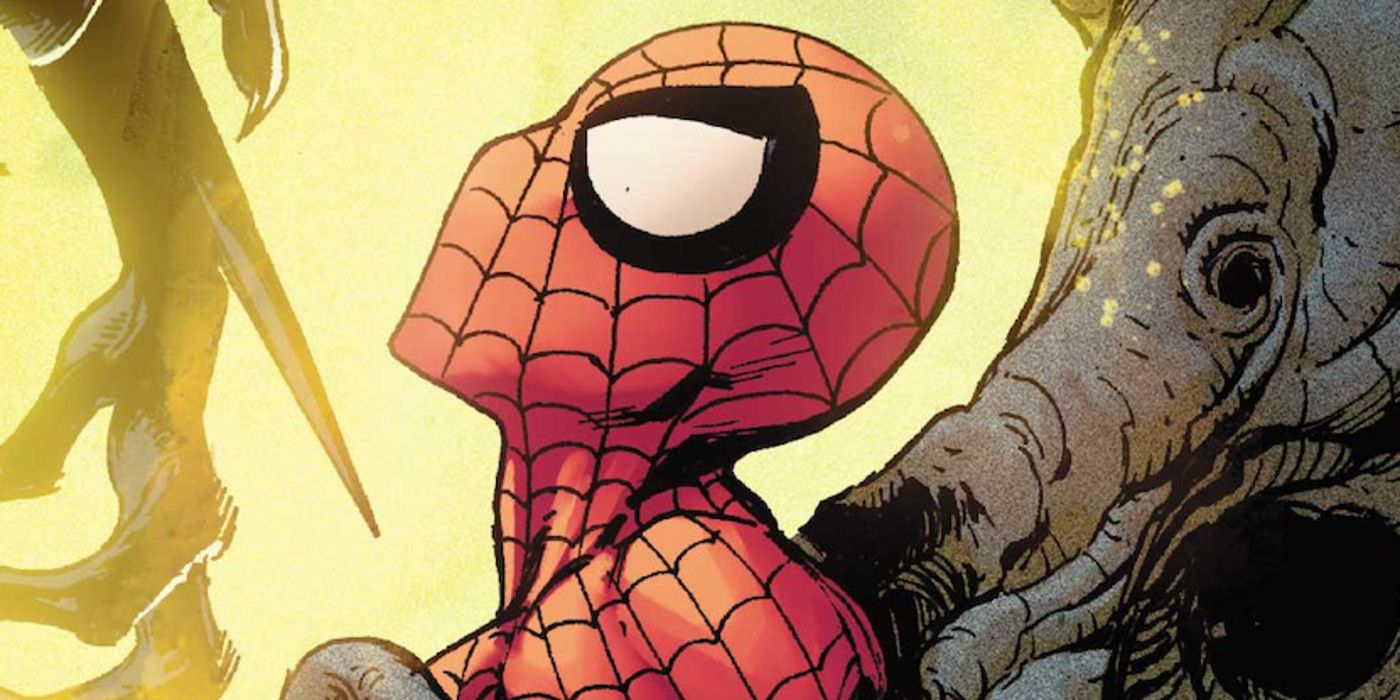 Solicitation information for Spider-Man #2 reveals Shathra will make her return and is hosting a major grudge against New York City’s Web-Head. The synopsis reads, “THE END OF THE SPIDER-VERSE” RAGES ON! After the tragedy of the first issue, our Spider-heroes try to make a plan against Morlun. But Morlun isn’t their only problem… SHATHRA is back and more powerful than the last time she nearly killed Peter and Ezekiel. Last time, Peter tricked Shathra, and she’s had plenty of time to plan his death and the death of ALL SPIDERS!”

Created by J. Michael Straczynski and John Romita Jr., Shathra first appeared 2002’s The Amazing Spider-Man #46. The character, who is also commonly known as Spider-Wasp, exists in an alternate dimension called the Astral Plane. Spider-Man first encountered Shathra when he visited the Astral Plane and the villain attempted to feed him to her offspring. While Spider-Man escaped, Shathra followed him to Earth-616 and continued tormenting Peter. Peter eventually teamed up with Ezekiel Sims to trap and defeat Shathra, leaving her in the clutches of an unseen beast.

Slott and Bagley’s new ongoing Spider-Man series was announced in June. The series’ first arc will see Peter, Miles Morales and other Spider-Man variants battle Morlun for the fate of the Spider-Verse. “THE END OF THE SPIDER-VERSE will see Peter, Miles, and your favorite characters from previous Spider-Verse stories, along with all-new characters from the upcoming EDGE OF SPIDER-VERSE mini, slam them all together, and bring the entire SPIDER-VERSE saga to a fiery close!” Slott previously teased. “It’s going to have lots of action, surprises, but most of all, it’s going to have a lot of heart! Even though this story will be epic, it will also have a profound effect on Peter Parker. You are not going to want to miss this!”

Spider-Man #2 features cover art by Bagley. The issue releases in November from Marvel.

Cowabunga Collection’ Release Date Reveal, Plus ‘Live A Live’ and Today’s Other Releases and Sales – TouchArcade