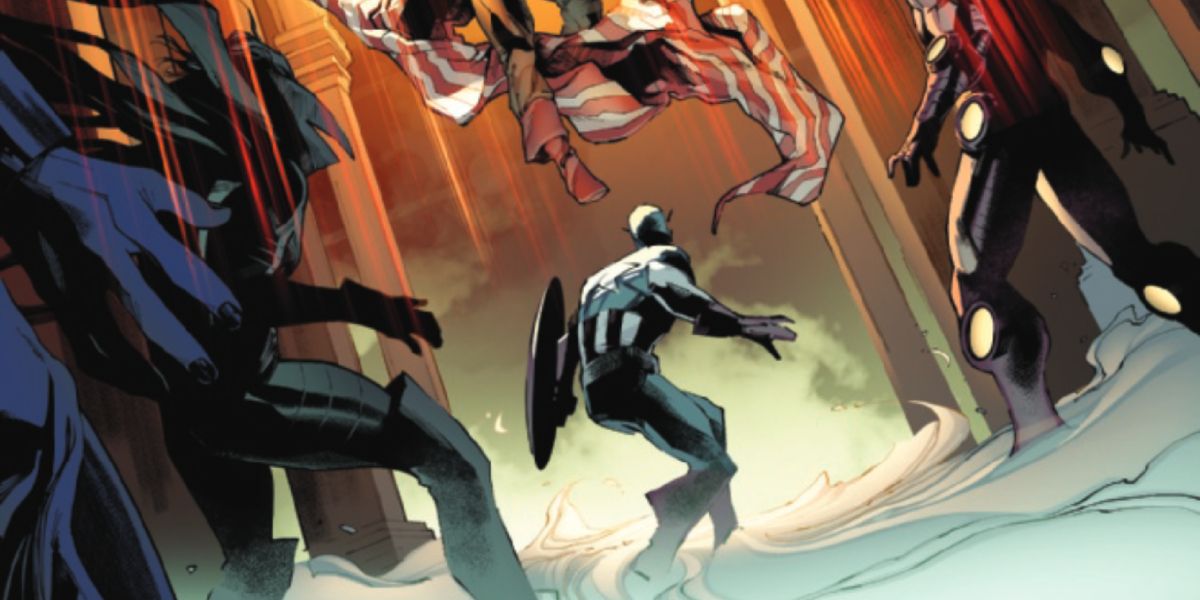 The Celestial known as the Progenitor harshly judges Captain America in an official preview for Marvel’s A.X.E.: Judgment Day #3.

Judgment Day has arrived — and the Star Spangled Man With a Plan is the first to be judged.

Marvel Comics has released an official preview for A.X.E.: Judgment Day #3, which marks the halfway point in the ongoing war between the Avengers, the X-Men and the Eternals. Written by Kieron Gillen, illustrated by Valerio Schiti, colored by Marte Gracia and lettered by Clayton Cowles, the issue is slated to hit comic shops this coming Wednesday, Aug. 24. In the preview, the Celestial known as the Progenitor begins his task of judging all of humanity. He immediately takes notice of Captain America, whom he quickly deems to be a “failure.”

“You are a dream of a better country,” the Progenitor tells Cap while appropriating his image. “You have tried to inspire it for a century. This country is the world leader… and the world is what it is. It is worse every day. You are a failure.” This understandably upsets Iron Man. After all, if Captain America of all people is deemed to be lacking, what hope could the rest of humanity have of pleasing the Progenitor?

The Progenitor Is Judge, Jury and Executioner

After Druig, the current Prime Eternal, declared war on the mutant nation of Krakoa, a group of dissenting Eternals began working with the Avengers and the mutant geneticist known as Mr. Sinister. Using the Avengers’ headquarters, they managed to resurrect the Progenitor, a deceased Celestial. Upon his return, however, the Progenitor announced that he would judge everyone on Earth individually. If the total number of those he deems to be evil or otherwise lacking outweighs that of those he deems to be good, he will wipe out all of humanity.