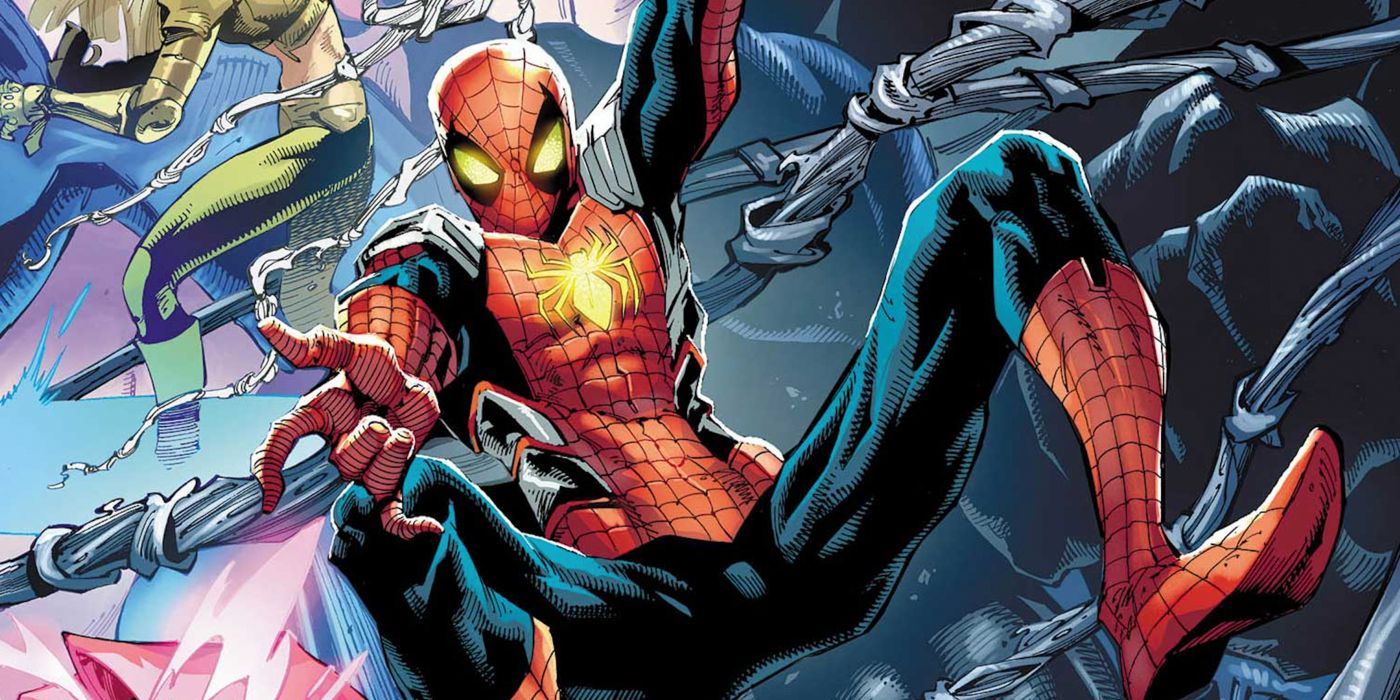 Spider-Man, Venom, the X-Men and more characters from across the Marvel Universe assemble for a new ‘Dark Web’ crossover event launching in November.

Spider-Man, Venom, Black Cat, an assortment of X-Men characters and more are assembling together for a new Marvel crossover series, Dark Web.

During the “Marvel Comics: Next Big Thing” panel at San Diego Comic-Con on July 23, Marvel revealed new promotional artwork for the upcoming Dark Web crossover. Dark Web is written by Zeb Wells, with promotional artwork by Ryan Stegman and a variant cover by Peach Momoko. Prelude issues to the crossover series will begin releasing in November.

The upcoming Amazing Spider-Man #14 — written by Zeb Wells, with art by Michael Dowling and Kyle Hotz and cover art by John Romita Jr. — additionally serves as a Dark Web prelude. Releasing in November, the synopsis for the issue reads, “We haven’t seen Chasm since ASM #894 and the FCBD issue, but that doesn’t mean he hasn’t been busy. Join us for this very special issue featuring Spidey’s most dangerous new villain as well as the Goblin Queen and a BRAND-NEW villain.”

Ben Reilly was first introduced in 1975’s Amazing Spider-Man #149. The character is a clone of Peter Parker/Spider-Man created by the Jackal. While Ben Reilly attempted to live a life of heroism for a time during the events of the Ben Reilly: Spider-Man series, his interactions with the Beyond Corporation put him down a path of villainy. At the end of The Amazing Spider-Man #93, Ben Reilly — who is presumed dead by Peter Parker — took on the new identity of Chasm after he pulls the mask over his face while screaming “NO…” and “STOP!”

What to do in and around Montreal this weekend: Aug. 19-21