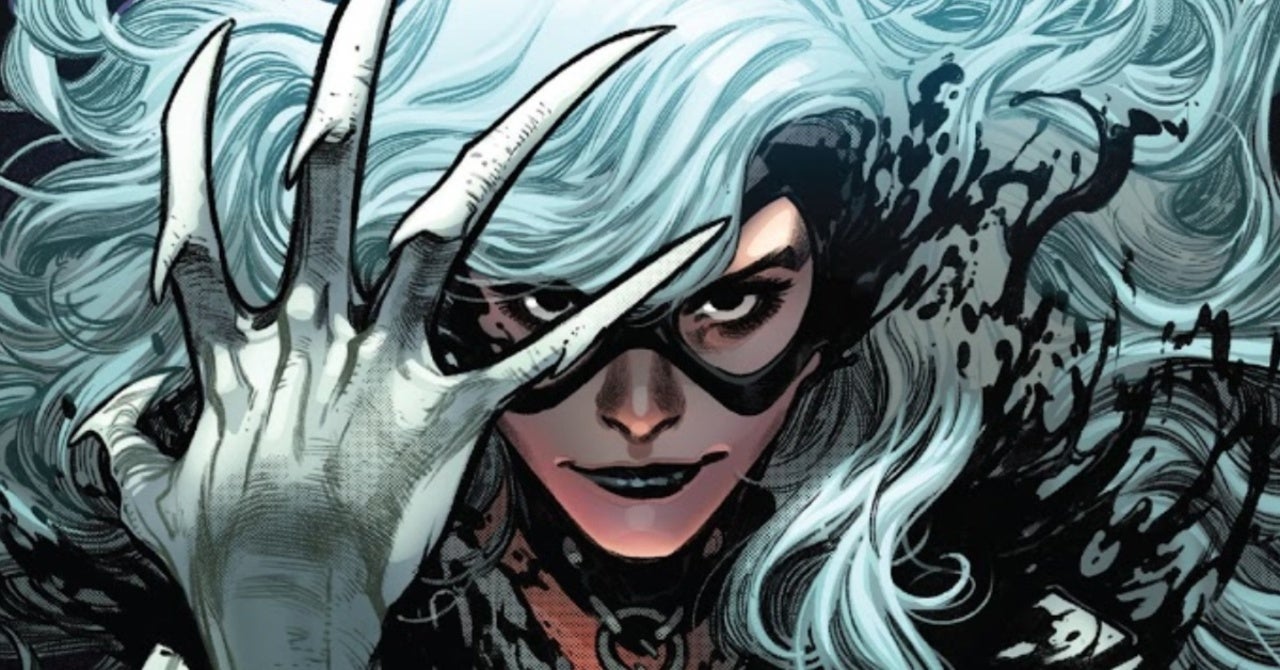 The High Republic Is Going Dark

It’s safe to say that Felicia Hardy/Black Cat has had a pretty unique role within the Spider-Man universe. The femme fatale has definitely impacted Peter Parker’s life in a lot of stories, but has also been on the periphery during others. That made the idea of Black Cat factoring into the King in Black event, which sees the dastardly symbiote Knull making his way through the Marvel universe, all the more intriguing. Marvel recently released a new preview for Black Cat‘s second issue — and it shows one of the most unintentionally-epic results of Felicia factoring into the event.

The series is set to show Felicia orchestrating a heist against Knull himself, after he captured Doctor Strange during an epic battle with the Avengers. In addition to getting a new symbiote costume for the proceedings, it looks like Felicia will also be stealing the Green Goblin’s old Goblin Glider to help get the job done. While the moment is definitely bizarre, it definitely lends itself well to the weirdness of the overall arc — and to Felicia as a character.

“I went back and dug through Felicia’s earlier appearances to get into how she created her roots in the Marvel Universe, then her more modern appearances to see where she was at the moment, and then back and forth through her history to cover all the bases and see how different creative teams depicted her, looking at what worked and what didn’t,” writer Jed McKay shared in an interview with SYFY last year. “I wanted to keep the tone fun and breezy to start with while acknowledging Felicia’s depth of personality. The only real line in the sand that established straight off was that I didn’t want to put Spider-Man in the book until I felt that Felicia and her own support cast had found their feet. While he’s obviously an important character in Black Cat history and I find their relationship endlessly interesting, it was important to me that the book was ‘Black Cat,’ not ‘Spider-Man’s Gal Pal, Black Cat.'”

Keep scrolling to check out the preview for Black Cat #2, and share your thoughts with us in the comments below!

Pokemon Snap still holds up in 2021