Marvel Reveals the Truth About the Sinister Six Adaptoid 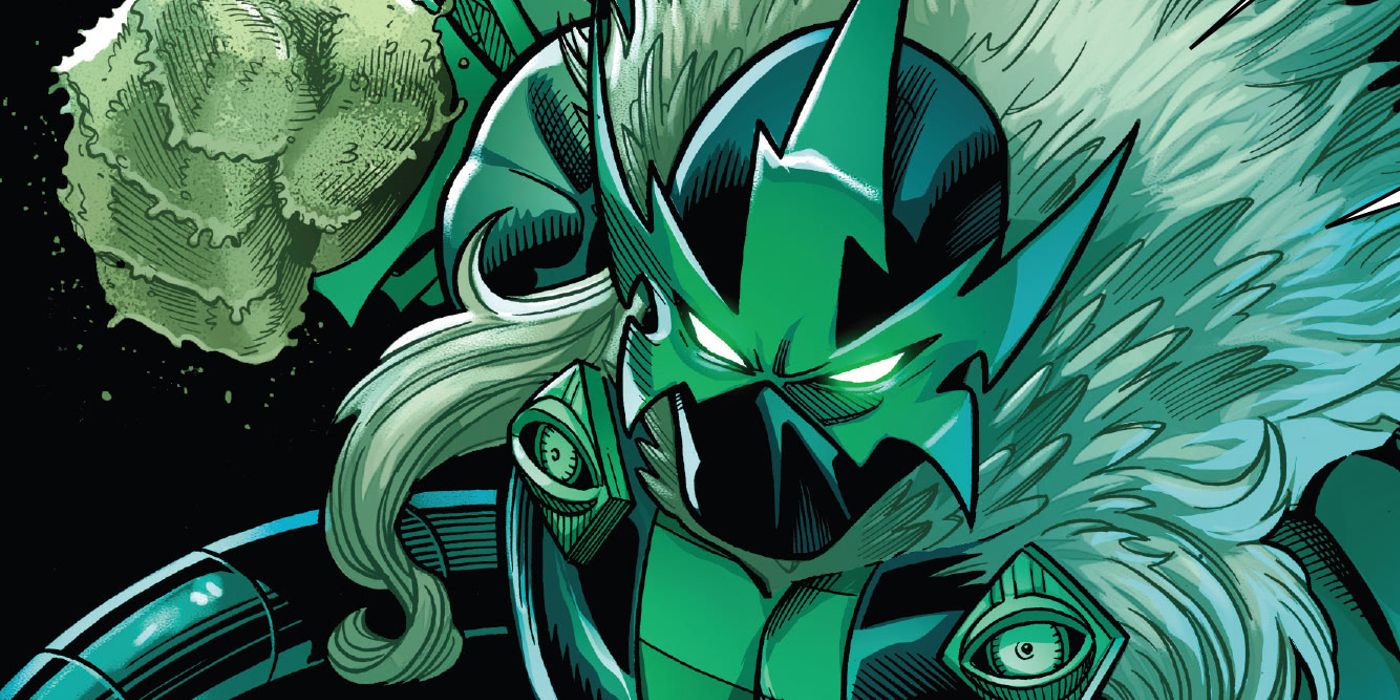 The following contains spoilers for The Amazing Spider-Man #6, now on sale from Marvel Comics.

Peter Parker has his hands full fighting a Super-Adaptoid with the powers of his most famous enemies in The Amazing Spider-Man #6, and this deadly enemy was born only after the Sinister Six were kidnapped.

The Amazing Spider-Man #6 — technically the 900th issue of the series following Marvel’s legacy numbering — sees Peter’s birthday celebrations interrupted by the Sinister Adaptoid. The machine taunts Spidey by proudly proclaiming it boasts the abilities of Doctor Octopus, Electro, Kraven, Mysterio, Sandman and Vulture. Despite his strength, Peter is tossed to and fro by the mechanical monstrosity, which only takes orders from the Living Brain. The Living Brain is a sentient computer and technically one of Spider-Man’s earliest villains, originally debuting in the pages of 1963’s Amazing Spider-Man #8.

RELATED: A Fan-Favorite Marvel Reality was Wiped Out – and It’s Worse than an Incursion

It is soon revealed that the Living Brain captured the Sinister Six and fueled the android with their respective powers and personalities. Spidey first stumbles upon Doctor Octopus — who called for help by sending his robotic arms out to find the web-slinger — and then his other classic foes. Putting their differences aside for the moment, Spider-Man asks the Sinister Six if they want to band together to destroy the Sinister Adaptoid, and his enemies are only too happy to oblige.

In the resulting fight, Doctor Octopus starts an argument with the other members of the Sinister Six. As the villains squabble over who should take orders from whom, the Sinister Adaptoid follows suit and inadvertently rips itself apart as the conflicting personalities of Spider-Man’s egotistical enemies cause it to malfunction. “It was my intellect that felled the machine!” Otto proudly declares in the aftermath of the fight, perfectly happy to take full credit for the victory.

The Super-Adaptoid first appeared in 1966’s Tales of Suspense #82. Created by Stan Lee, Jack Kirby and Gene Colan, the android began its career as an Avengers foe and would go on to match wits with the Fantastic Four and the X-Men over the years. The Sinister Six were created by Stan Lee and Steve Ditko and first debuted as a team in 1964’s The Amazing Spider-Man Annual #1.

stock recommendations: Big Movers on D-St: What should…