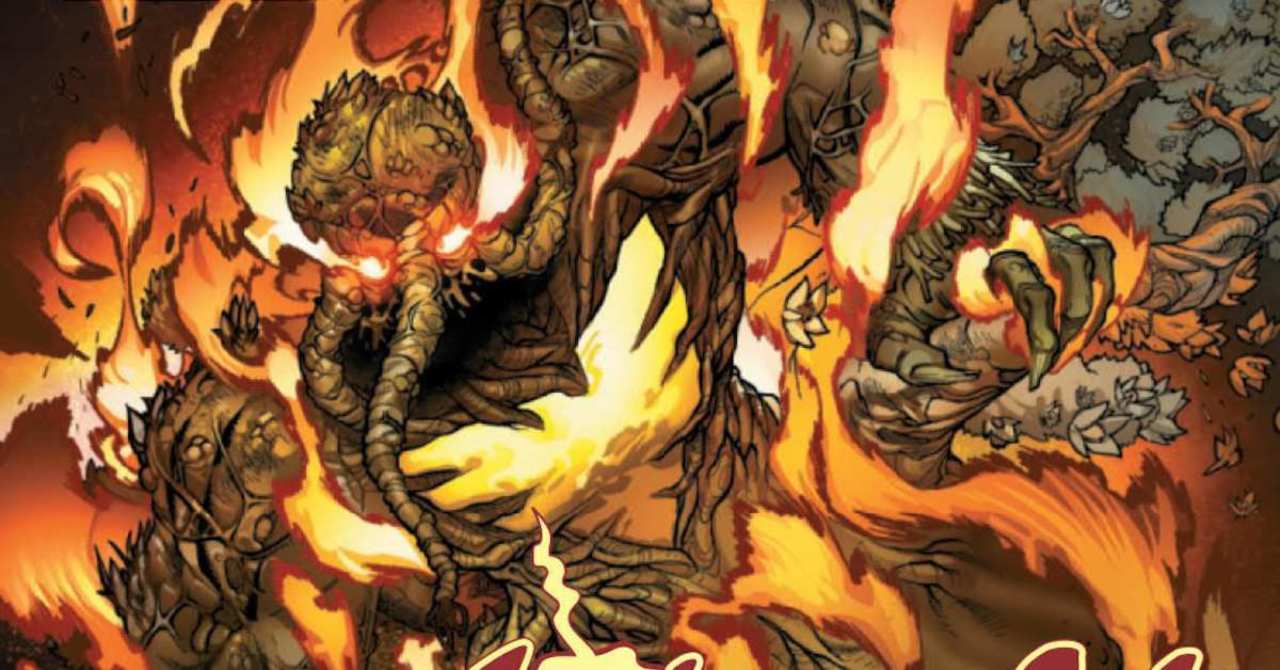 Man-Thing is the latest Marvel hero to obtain the Phoenix Force’s power as “Enter the Phoenix” continues in the pages of Avengers #41, written by Jason Aaron and featuring art by Javier Garron, colors by David Curiel, and letters by VC’s Cory Petit. Marvel Comics released a preview of the upcoming issue showing the Phoenix-powered Man-Thing going toe-to-toe with the similarly-powered Black Panther, featured on Leinil Francis Yu and Sonny Gho’s cover. Man-Thing and Black Panther battle it out and, while we don’t see Man-Thing fall before the preview ends, T’Challa seems to be dismantling the empathic creature with relative ease.

This battle is part of a larger tournament to determine who will be the Phoenix’s next host. The Phoenix Force arrived on Earth searching for a new mortal shell. The Avengers came to meet it, but Namor led an Atlantean force against them to claim the Phoenix Force for himself. The Phoenix ultimately transported the entire group into the White Hot Room, where it then granted them a portion of its power and allowed them to fight for the right to claim its full might.

The battle continues in Avengers #41, which goes on sale on January 20th. Keep reading to see the preview pages from Marvel.