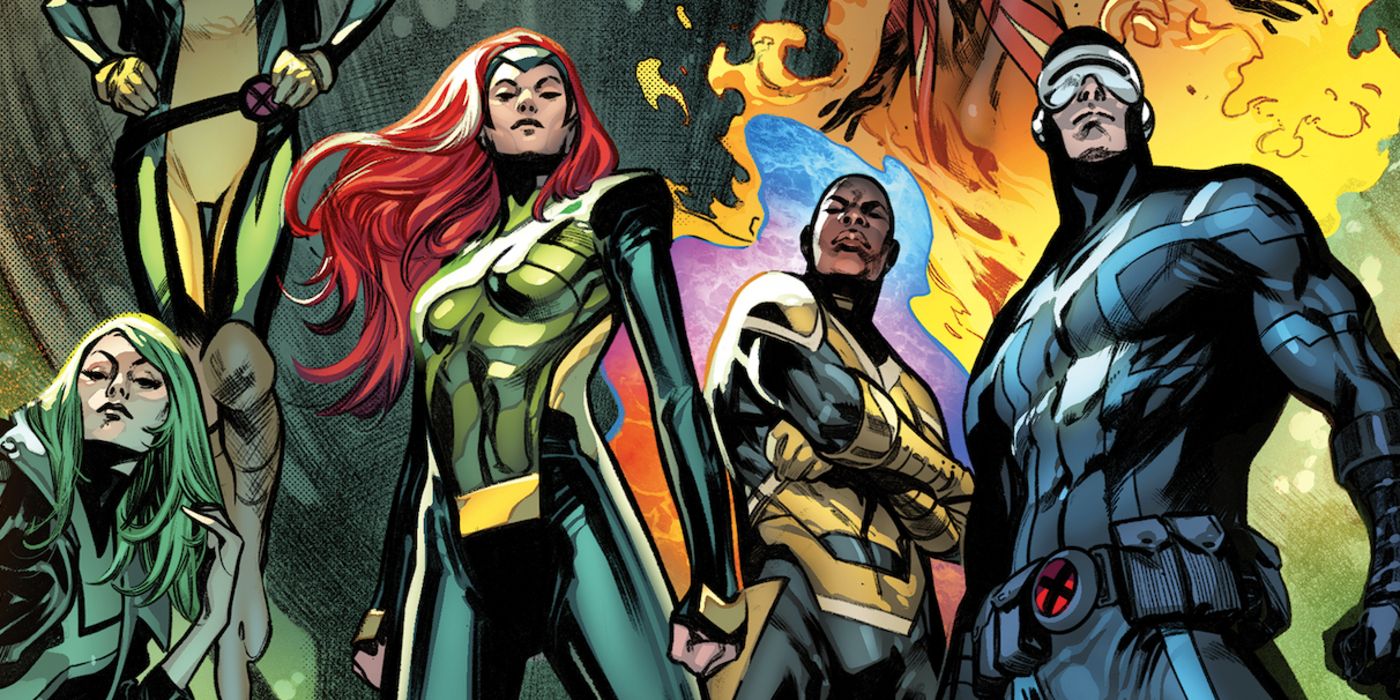 Marvel has revealed how the Eternals plan to kill the X-Men in the upcoming Judgment Day event.

Marvel announced that the Eternals’ plan to kill the X-Men involves using Uranos, the hardened relative of Thanos. “The Eternals’ plan for mutant annihilation will include unleashing the most brutal members of their species starting with URANOS THE UNDYING!” Marvel teased “Imprisoned for millions of years, the grand-uncle of Thanos will be instrumental in the conflict, leading the attack against the new mutant planet of Arakko.”

RELATED: Iron Man Is About to Lose His Armor in Marvel’s Avengers/X-Men/Eternals Conflict

Marvel also revealed a new look at the Hex, an ultra-powerful Eternal who has just reawakened and will also be pitted against the X-Men. “I don’t know how much I can reveal about the Hex yet,” artist Valerio Schiti told Marvel about the character design. “I can say for sure that they are one of Eternals’ greatest resources, their ultimate allies that can be summoned from their millennial sleep to join forces in their darkest hour. The Hex are very powerful beings, alive for millions of years, with different shapes and skills. Yes, they’re scary and built to destroy, but they also have personalities and even feelings that we can’t understand. They’re doomed to sleep for millennia, waiting to be summoned just to kill and destroy. That’s their eternal curse.”

Judgment Day is a Marvel crossover that pits the Eternals and X-Men against one another, while the Avengers also get caught in the middle of the conflict. Following July 13’s A.X.E.: Eve of Judgment #1 prelude, the event kicks off on July 20 with Judgment Day #1. The synopsis for the issue reads, “IN THE LAND OF THE RIGHTEOUS…The X-Men claim they’re the planets’ new gods. The Eternals know that position is already filled. The Avengers are about to realize exactly how many secrets their so-called friends have kept from them. Years of tension lead to a volcanic eruption as two worlds burn. Who has leaked the X-Men’s secrets to their latest foes? Why is Tony Stark abducting an old friend? And who stands in judgment over the whole world? Judgment Day from Kieron Gillen and Valerio Schiti is the apocalyptic emotional event to define the summer.”

Writer Kieron Gillen told Popverse that the Eternals are very much “the aggressors” throughout Judgment Day. “This is the Eternals about to go to war,” he said. “You get to see the prime Eternals building their armories, working out how they’re going to kill people, various plans and kidnappings, and the good Eternals perhaps being a bit more lost. It’s preparation for war. That’s what it is. I think that’s the best way of describing it, as well as being also a really good restatement of what’s going on in the Eternals. Because if you haven’t read issues one to 12, this is like, ‘OK, I don’t know anything about Eternals. I don’t know, why would [they] be going to war? Who are they even?’ It’s that as well. This is the preparation of the war happening and everything you need to know going in.”