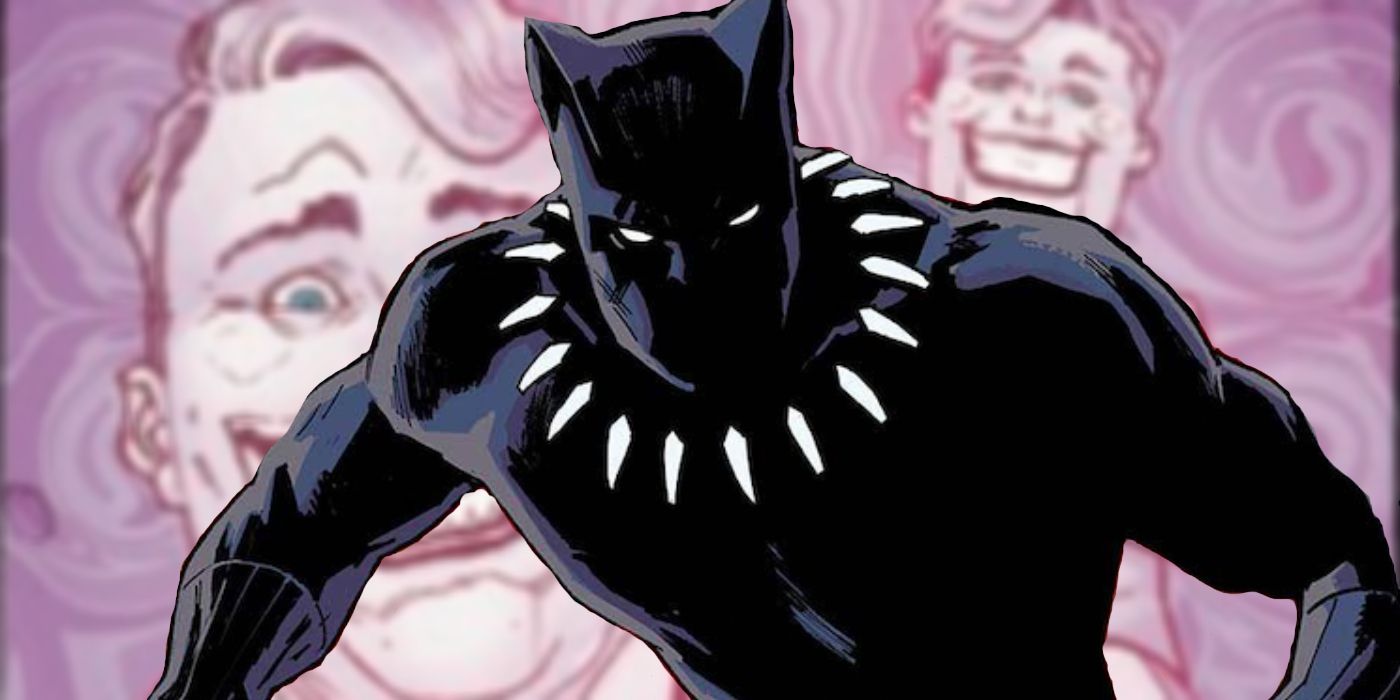 A preview for Marvel’s Black Panther #9 introduces a new villain named the Colonist who bares a creepy, unsettling smile similar to Batman’s Joker.

A preview for Marvel’s Black Panther #9 introduces a new villain, the Colonist, who has a creepy smile similar to Batman’s Joker.

Black Panther #9 comes from writer John Ridley, artist Germán Peralta, color artist Jesus Aburtov and letterer/designer VC’s Joe Sabino. Throughout the series so far, T’Challa has stepped away from the Avengers after Wakanda found itself in the midst of an uprising led by Akili and the Hatut Zeraze. Akili sacrificed himself in Black Panther #8, causing T’Challa’s friends to refer to him as Wakanda’s “king” again; however, the victory was not a celebratory one as T’Challa is harboring secrets from the people he’s closest to.

A preview provided by Marvel for Black Panther #9 sees T’Challa reuniting with Steve Rogers/Captain America, Thor and Captain Marvel. As they appear to be gathering at Avenger’s Mountain, Thor informs the group there’s an “unspecified event occurring outside.” They head out into the cold to find themselves staring face-to-face with a ghostly-looking man who identifies himself as “the Colonist.” Accompanying the villain is a small array of white elephants and other figures, including a small, ventriloquist dummy-like figure who calls himself Mr. Interpreter.

Barring an unsettling smile reminiscent of the Joker, the Colonist informs the heroes he was responsible for the attack on Iceland back in Black Panther #1. With a number of alien-looking creatures involved in the attack, the Colonist’s interpreter says these beings “can both kill and destroy. A breed many times popular with conquerors of all kinds. Your orb [planet] is of such bigness, I — of much foolishness — believed permission not needed for them to graze.” When the Colonist asks permission to set thousands of these creatures loose on Earth, T’Challa tells the new arrivals their not welcome on the planet. The Colonist and his entourage depart; however, the Avengers all note that’s likely not the last they’ll see of him.

The synopsis for Black Panther #9 reads, “‘RANGE WARS’ PART ONE! Black Panther has returned to the Avengers, but after the recent events in Wakanda, Captain America isn’t convinced T’Challa’s head is in the game. When a dangerous new galactic interloper called the Colonialist arrives to take over the Earth, T’Challa will be tested like never before!”

Black Panther #9 features cover art by Alex Ross and variant cover art by Mateus Manhanini. The issue is on sale Sept. 7 from Marvel.