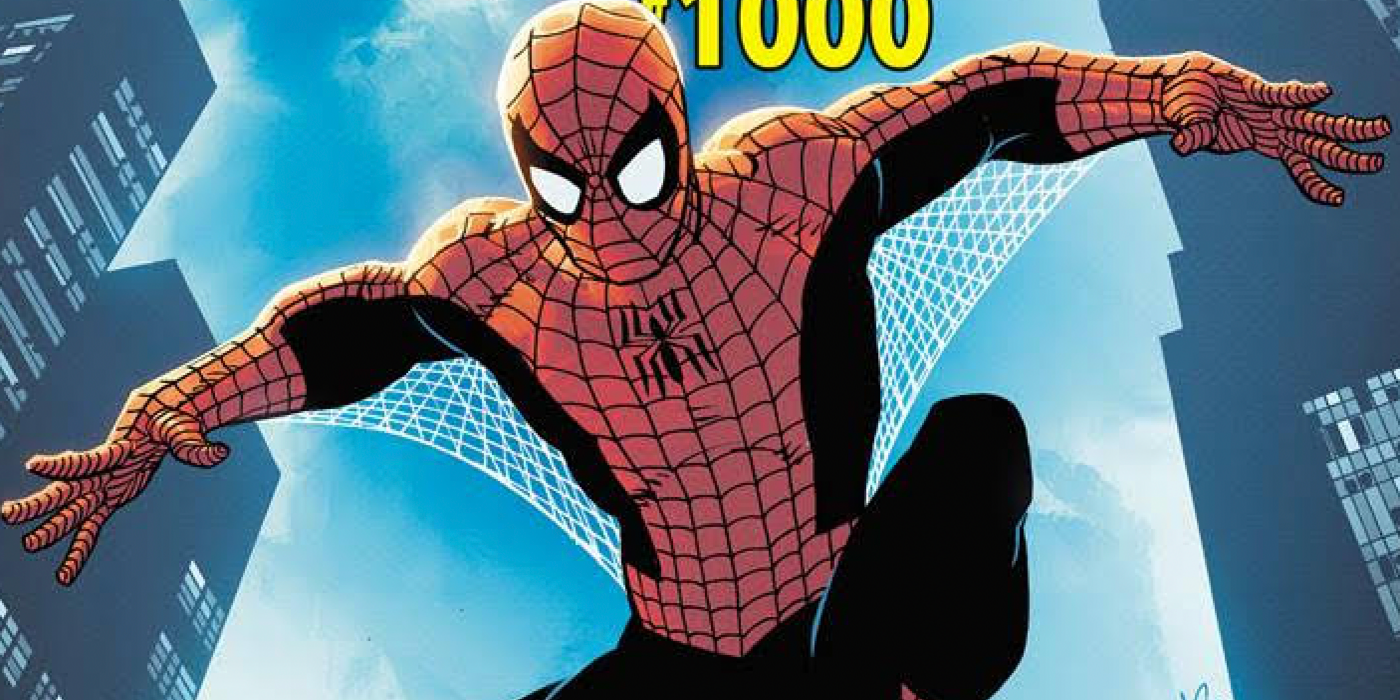 Marvel is celebrating Spider-Man’s 60th anniversary by bringing together an incredible team of creators for a new one-shot anthology, Amazing Fantasy #1000.

Amazing Fantasy #1000 is a giant-sized one-shot releasing in August that will feature a collection of stories exploring the past and future of the Amazing Spider-Man. Creators involved with the project include Neil Gaiman, Armando Iannucci, Jonathan Hickman, Dan Slott, Ho Che Anderson, Kurt Busiek, Anthony Falcone, Rainbow Rowell, Jim Cheung, Olivier Coipel, Micahel Cho and Terry Dodson. “It’s Spider-Man’s 60th and we wanted to celebrate in style by inviting some of the greatest creative minds in the world to celebrate it!” said editor Nick Lowe.

RELATED: What If…? Reveals Miles Morales Couldn’t Handle the X-Men

According to Marvel, the issue will include the debut of a new Spider-Man villain from Cho and Falcone, a horror-fueled adventure that dives deep into Peter Parker’s core from Anderson, Gaiman’s return to the Marvel Universe following his Eternals run and Marvel 1602, a story set in the future about Peter and Mary Jane’s enduring love from Slott and Cheung and more.

Marvel is also honoring Spider-Man’s 60th anniversary with a new Amazing Spider-Man relaunch that kicked off in April. Coming from Zeb Wells and John Romita Jr., the series sees Peter Parker struggle to put the pieces of his life back together after finding himself on bad terms with some of his closest friends and allies. The first issue of the series revealed that Mary Jane, Peter’s longtime love interest, has two children and seemingly a new partner who isn’t Peter. The story continues in The Amazing Spider-Man #2, which releases on May 25. Marvel has teased that future issues of the series will see Peter get a new suit from the Green Goblin and battle a new mega-villain called the Sinister Adaptoid.

Brandon Schreur is a comics news editor for CBR, joining the team in February of 2022. Based out of Michigan, the man has a passion for pretty much all things pop culture. Comics? Loves them. Movies? Seen way too many. TV shows? Can binge-watch just about anything in insane amounts of time. Getting to write about all those interests for CBR? He’s living the dream. You can follow him on Twitter at @brandonschreur.

Sony Fails To Shut Down the Ongoing ‘Morbius’ Twitch Party…