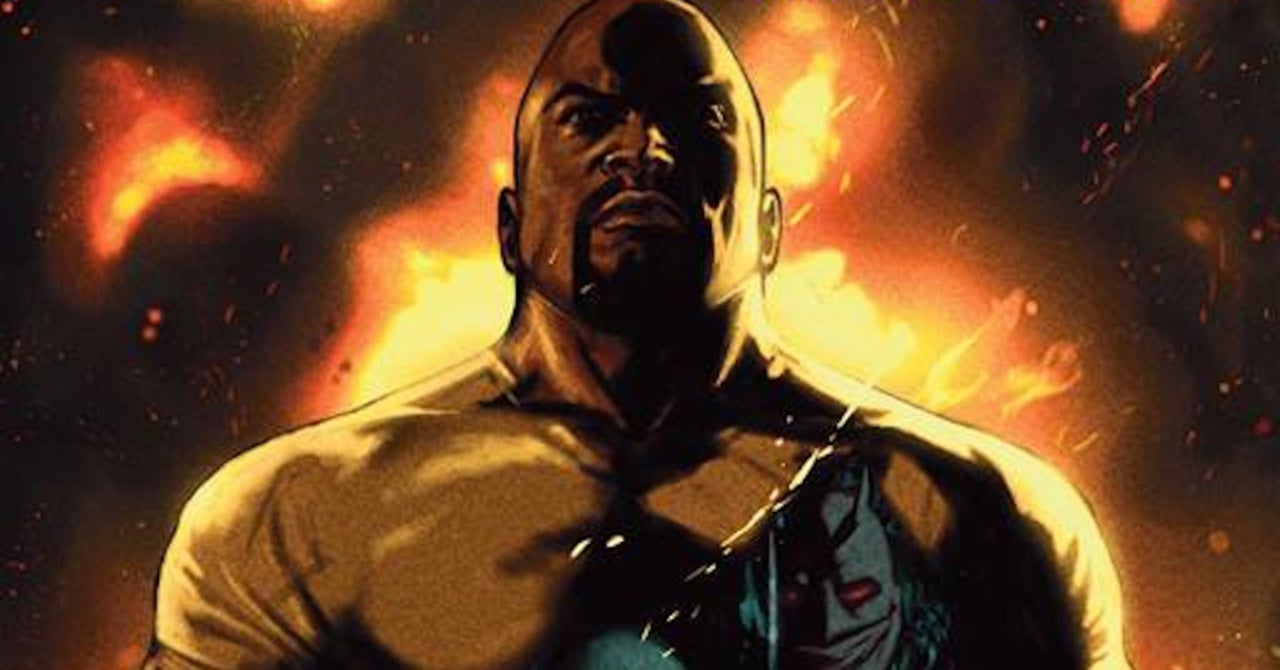 Marvel has announced that Luke Cage will be making a return… to the pages of Marvel Comics. In October Marvel Comics will launch Luke Cage: City of Fire, a three-issue miniseries that will serve as something of a modern character piece vehicle for Luke Cage by examining his expanded role in Marvel’s Harlem neighborhood, as well as the larger Marvel Universe. The series will also see Cage go up against a villain group Regulators (shout out to Warren G and Nate Dogg!), as well the police, after a black man in Cage’s community is shot to death. That socio-political firestorm will bring Luke Cage into the orbit of both Daredevil and his nemesis, Mayor Wilson Fisk!

While Luke Cage: City of Fire may be a Marvel Comics project, it certainly has all the ingredients to be a standout for fans of Marvel’s Netflix Universe, and it’s Luke Cage and Daredevil TV series. The timing couldn’t be more opportune: a lot of Marvel fans have been hoping to see the Netflix series and characters integrated into MCU canon (now possible thanks to Loki‘s Multiverse expansion), and some will see this new Luke Cage series as proverbial testing of the franchise waters…

Change is coming — and it starts here. This October, Marvel brings readers a new hard-hitting story, LUKE CAGE: CITY OF FIRE. The three-issue series explores the role Luke Cage has grown into in Harlem and the broader Marvel Universe.

In the new series, a shadowy rogue group named the Regulators are terrorizing ordinary citizens in New York City, and Luke Cage is called to action when a Black man in his community is murdered by a crooked police officer. Cage quickly crosses paths with Daredevil, who is determined to bring down the Regulators no matter the cost, but Mayor Fisk is equally determined to use them to tighten his grip on the city. There is unrest in the streets, and it’s up to Cage to keep the city from going up in flames.

Joined by an exciting lineup of artists including Farid Karami on #1, Ray-Anthony Height on #2, and Sean Damien Hill on #3, celebrated creator Ho Che Anderson (King: A Comics Biography of Martin Luther King, Jr.; Scream Queen) makes his Marvel debut with an ambitious story that will significantly impact Luke Cage’s role within the Marvel Universe forever.

“I can’t express how excited I am to be doing a project with Marvel, and about the level of talent they’ve lined up to work on it with me,” said Anderson. “I have been given the freedom to explore a subject I’m so passionate about through the lens of characters I’ve loved since I was a kid, and I fully intend to work overtime to make sure the results are worthy of the trust I’ve been granted. Fortunately, the heavy lifting will be accomplished by my incredible collaborators who’ll make me look better than I am!”

The next chapter of Luke Cage begins in LUKE CAGE: CITY OF FIRE!

Denial of responsibility! My droll is an automatic aggregator of the all world’s media. In each content, the hyperlink to the primary source is specified. All trademarks belong to their rightful owners, all materials to their authors. If you are the owner of the content and do not want us to publish your materials, please contact us by email – admin@mydroll.com. The content will be deleted within 24 hours.
Luke CageMarvel Comicsmarvel luke cagemarvel luke cage comic returns
0
Share