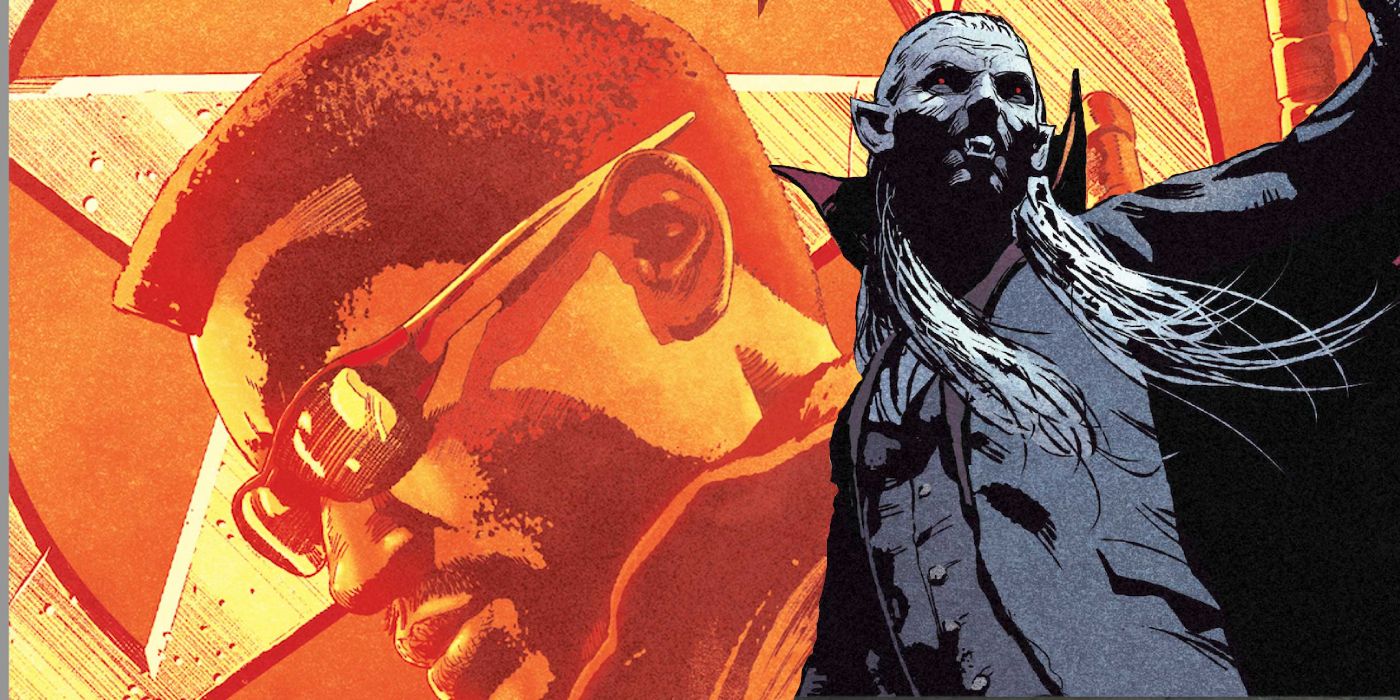 Announced at the “Marvel Comics: Judgment Day” panel at San Diego Comic-Con (SDCC) on July 23, Blade: Vampire Nation comes from writer Mark Russell, artist Mico Suayan and cover artist Valerio Giangiordano. The new one-shot, which releases in November, will see Blade take on the role as “the sheriff of Vampire Nation” in a new kingdom of undead bloodsuckers established by Dracula, himself.

The synopsis for Blade: Vampire Nation reads, “A deep dive into Dracula’s new kingdom as established in AVENGERS. Starring BLADE, the sheriff of Vampire Nation! An assassination threatens to unravel the fledgling country and spread chaos throughout the world. But is getting rid of a nation full of bloodsuckers really all that bad of an idea? Blade himself isn’t too sure…” Speaking at SDCC, Brooks also said the one-shot is “about Blade being called in by Dracula to find out and eliminate a conspiracy within the vampire community.”

Blade’s Place In The Marvel Universe

Created by Gene Colan and Marv Wolfman, Blade/Eric Brooks first appeared in 1973’s The Tomb of Dracula #10. The half-vampire, half-human dhampir has a serious hatred for the undead and has dedicated his life to ridding the world of vampires. Past comics have seen him face Dracula a number of times, while the Wesley Snipes-starring Blade: Trinity also sees him face the infamous vampire, who is played by Dominic Purcell in the film.

RELATED: Wesley Snipes Reflects on Blade’s Legacy: ‘It Was a Good Lesson’

Marvel also recently introduced Blade’s daughter, Bloodline, into the current continuity. Appearing in May’s Free Comic Book Day 2022: Avengers/X-Men #1, Bloodline/Brielle is seen following in her father’s footsteps when defending her friend Jayden from a vampire. The issue later sees her return home only to be grounded by her mother, Safron. Blade’s first girlfriend, who first appeared in 1973’s Tomb of Dracula #12, was named Safron Caulder, though Marvel has yet to confirm if Safron Caulder is also Bloodline’s mother.

Blade isn’t the only Marvel superhero who has found themselves facing vampires recently. Moon Knight is also in the middle of a vampire war; although, the vampires were unsuccessful in recruiting Taskmaster to join their cause in July 13’s Moon Knight #13. Captain Marvel #39 also saw Binary — who is currently acting as Captain Marvel — and Jessica Drew unexpectedly have to face a small army of vampires who invade a restaurant they happen to be sitting in.

Is monkeypox a pandemic? – Moneyweb

Chelsea begin investigation into an incident of racist abuse