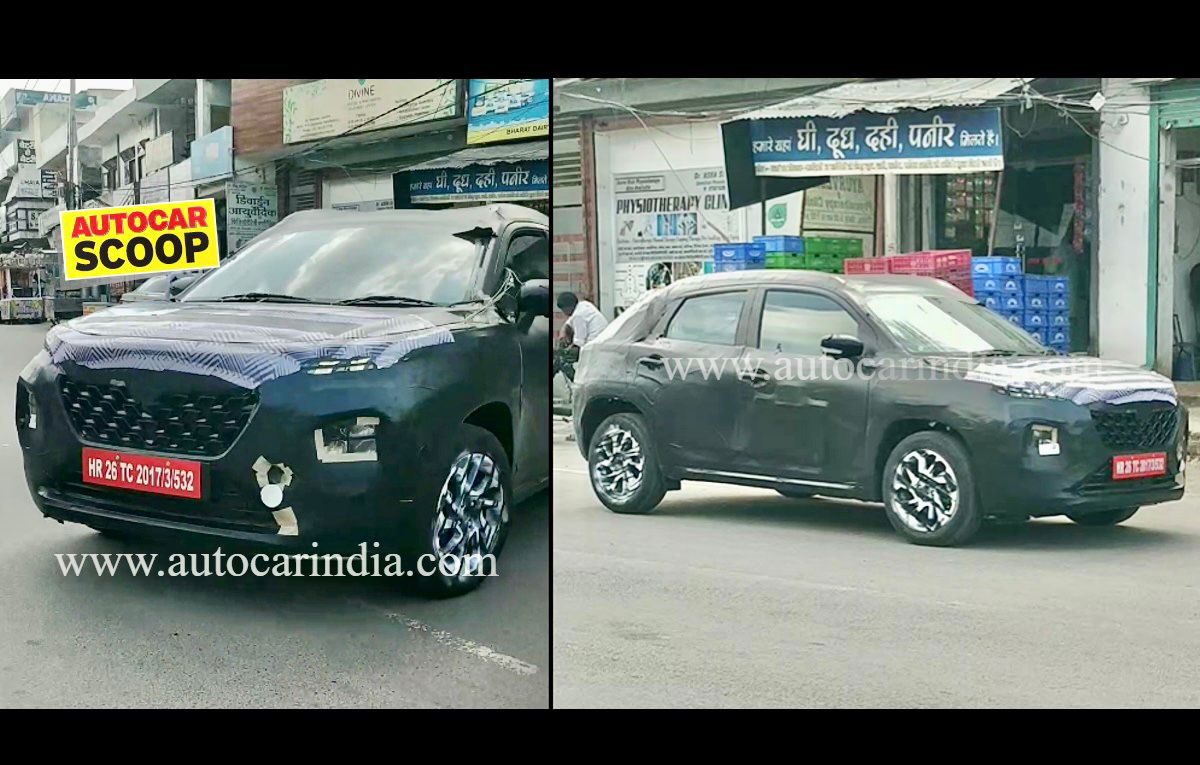 Maruti Suzuki is really revving up its SUV game, hot on the heels of the new Brezza and the upcoming Grand Vitara will be its all new coupe SUV code named YTB. Seen here are the first spy pictures of the coupe SUV, internally referred to as the Baleno Cross. It will be unveiled at the Delhi Auto Expo in January next year with the launch scheduled the following month.

The Baleno Cross is essentially the production version of the Futuro-e concept shown at the 2020 Delhi Auto Expo and while its still under camouflage, certain design elements are visible. At the front the DRLs and headlights are very similar recently unveiled Grand Vitara and the silhouette shows a clear SUV-coupe roofline. Interestingly from the front three quarters, it has an uncanny resemblance to the Toyota Yaris Cross, which was also spotted testing in India earlier.

The new SUV-coupe will be most likely based on Maruti’s Heartect platform and will be powered by one of Suzuki’s Boosterjet turbo-petrol engine. Details with respect to dimensions and power are not yet known. In the interest of efficiency and given the companys new focus on hybrids expect some form of hybrid power as well.

We can confirm that the new SUV-coupe will be launched sometime in February 2023 after its global debut at the upcoming Delhi Auto Expo in January. In the Maruti line-up, it will sit above the Baleno hatchback and it will be sold through Maruti’s Nexa line-up of dealerships. Also like the Grand Vitara and the Urban Cruiser Hyryder, Toyota will likely have its own version of this vehicle.

Sidharth Shukla Fans Get Emotional As Actor’s Old Video Waving To The Paps Goes Viral, One Writes, “I Taught He Was Papped Today…”