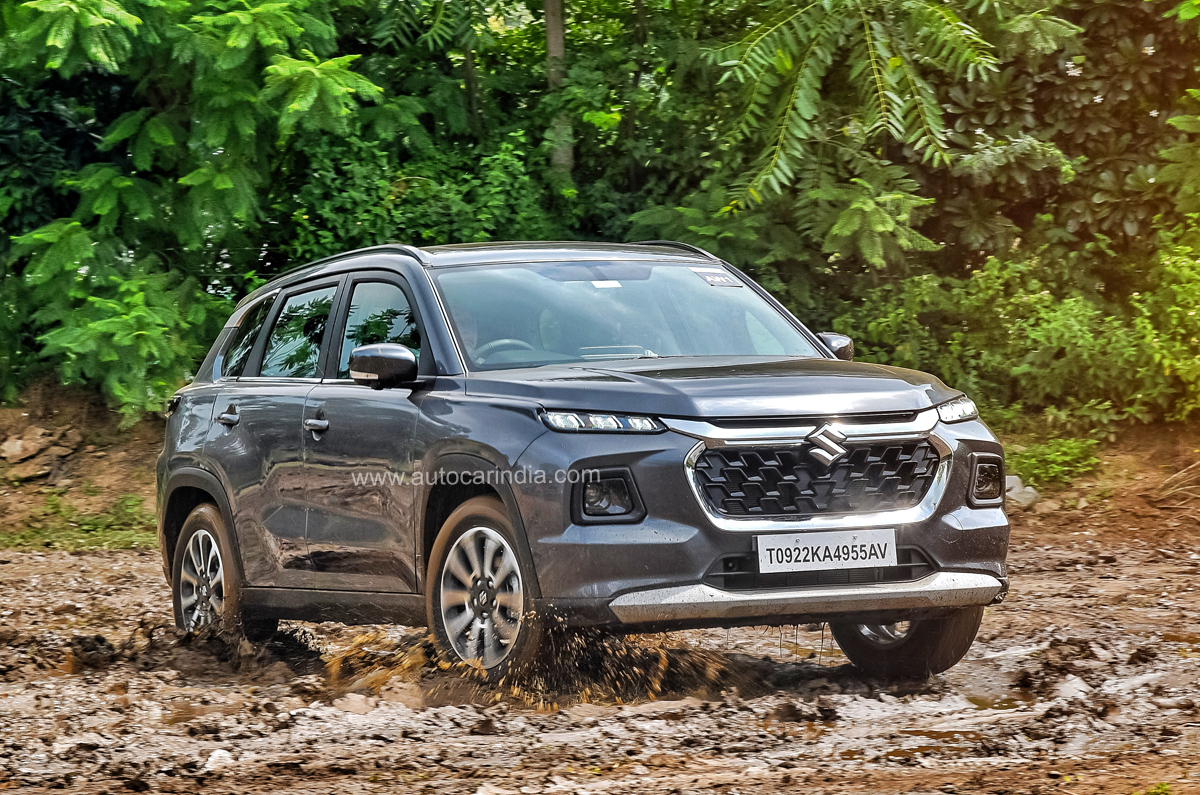 Maruti Grand Vitara has already garnered over 53,000 bookings ahead of its price announcement that will take place by late- September.

Ahead of the Maruti Suzuki Grand Vitara‘s launch later this month, Maruti has announced that the mid-size SUV has already racked up more than 53,000 bookings since it opened on July 11. Our dealer sources have also revealed that waiting period for the Grand Vitara, depending on the variant, will stretch up to five and a half months upon launch.

Maruti currently has a cumulative order backlog of 4.17 lakh vehicles, up from 3.87 lakh units it had a month ago. The fact that the Grand Vitara has already garnered more than 53,000 bookings even before its price announcement suggests that it will add on to Maruti’s problem a huge order backlog. The company also revealed that they are seeing healthy demand for the strong-hybrid variants which account for 41 percent or 22,000 units of the total bookings accumulated.

The other models that are racking up the order books are the Brezza that has a backlog of 70,000-odd units as of end-August, while, the Baleno has 38,000 pending orders. Together they make up 26 percent of the total order backlog.

Manufacturing capacity utilisation at Maruti is currently at 94 percent across its plants in Gurgaon, Manesar and the parent Suzuki Motor Corp-owned facility in Gujarat, and models such as the Wagon R, Swift, Baleno and Ertiga are the prime contenders occupying the maximum waiting periods.

Maruti Suzuki continues to witness strong demand for CNG versions of the Alto, S-Presso, Wagon R, Celerio, Dzire, Ertiga, Eeco, and more recently, the Swift. Of the carmaker’s current order backlog of 4.17 lakh units, CNG variants account for 30 percent or around 1.25 lakh units. This has marginally reduced from what was 33 percent last month.

Upcoming Maruti Suzuki launches: 2022 and beyond

Following the launch of the Grand Vitara, Maruti Suzuki is also readying an all-new coupe-style SUV based on the Baleno (Codename YTB) and is expected to introduce the five-door Jimny in India as well sometime next year.

Made in India Suzuki Grand Vitara showcased in South Africa

“I’m an entertainer, I want to try it all,” says Sophie Choudry