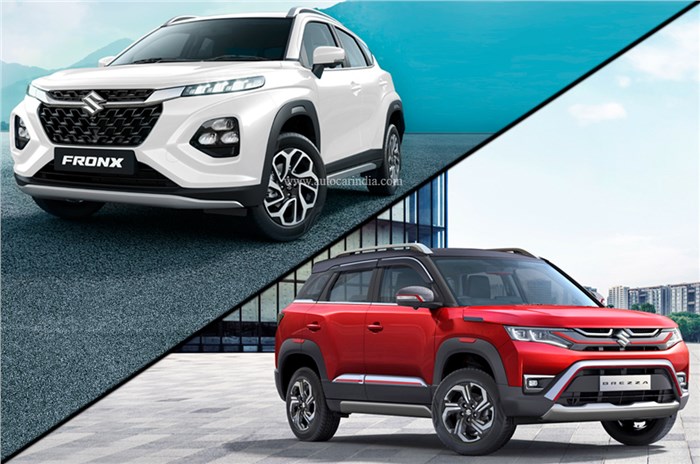 We tell you how the two compact SUVs from Maruti are different from each other.

One of the biggest unveilings at Auto Expo 2023 was from Maruti Suzuki in the form of the Baleno-based coupe-SUV, the Fronx. The new model will sit alongside the Brezza compact SUV in Maruti’s line-up but will be sold via Nexa dealerships, unlike the Brezza that’s available via Arena dealerships.

Choosing between the two can be a bit confusing as they both sit in the compact SUV segment, but we tell you how they differ on paper.

One of the biggest differences between the Maruti compact SUVs can be found under the hood. The Fronx is offered with a choice of two engines – a 90hp, 113Nm, 1.2-litre petrol engine and a 100hp, 147.6Nm, 1.0-litre turbo-petrol engine. While the former is paired with a 5-speed manual or an AMT, the latter gets an option of a 5-speed manual or a 6-speed torque converter automatic gearbox. 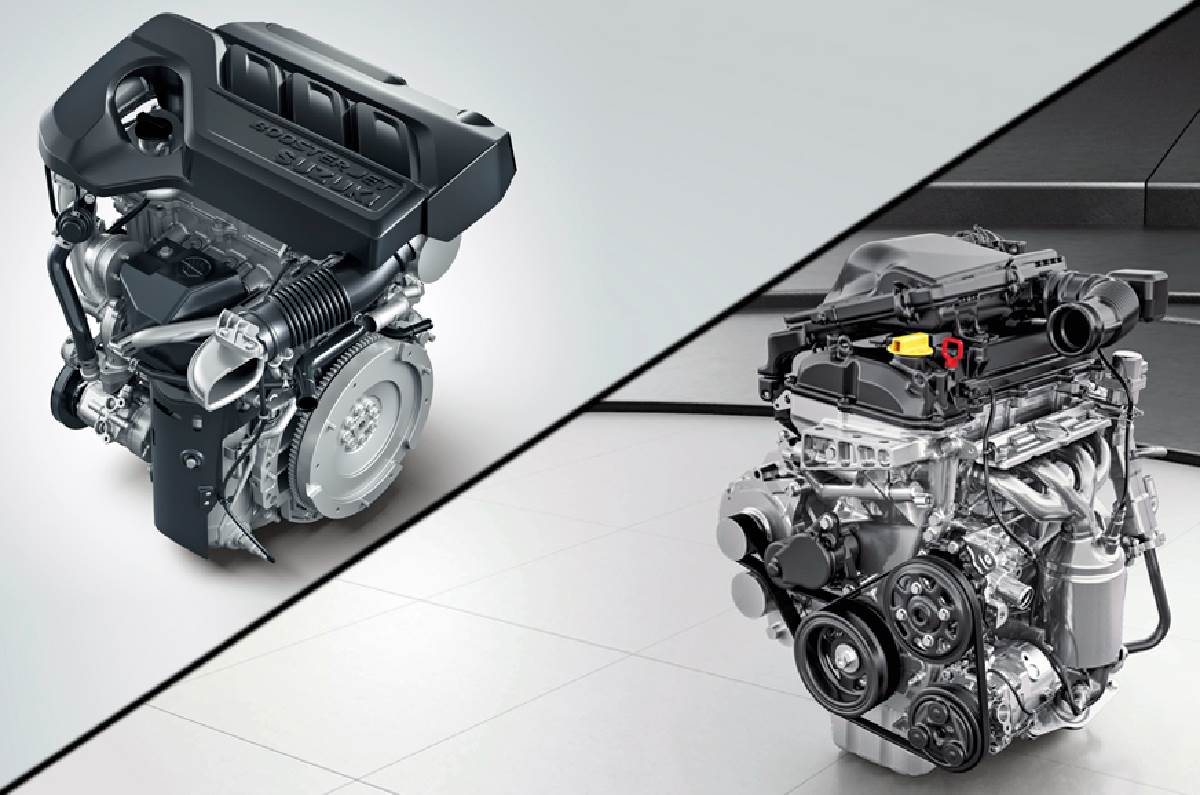 The 1.0 Boosterjet (left) will make a comeback on the Fronx.

Meanwhile, the Brezza is equipped with a 1.5-litre K-series engine producing 103hp and 137Nm of torque. The engine is mated to a 5-speed manual or a 6-speed torque converter automatic gearbox. At Auto Expo 2023, Maruti Suzuki also showcased the Brezza CNG, which will be the first CNG-powered car in the market to get an automatic gearbox. 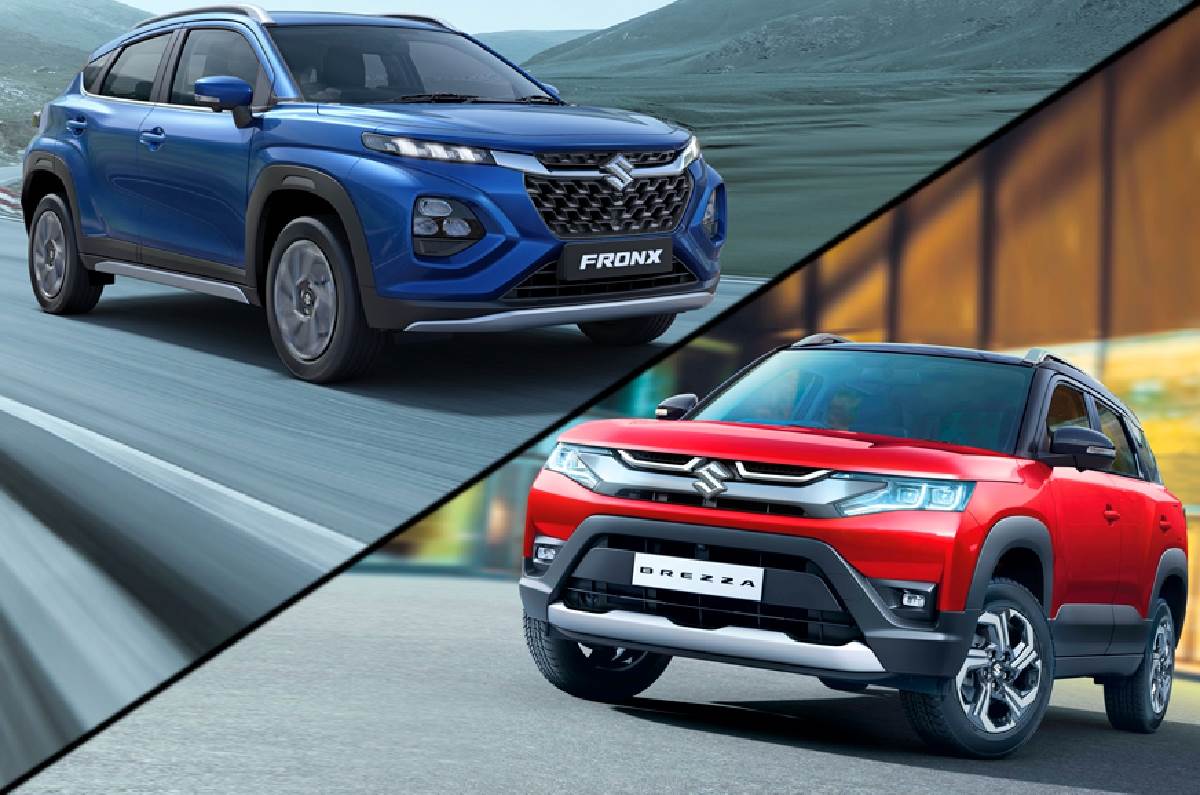 The Fronx’s (left) front end is similar to the Grand Vitara.

The Fronx follows Nexa’s design philosophy with three-block LED daytime running lights (DRLs) up front and three-block LED tail-lights that are connected via a light bar in top-end variants. Meanwhile, the Brezza gets L-shaped DRLs and thin LED tail lamps with Brezza lettering between the two tail-lamps. Where the Fronx sports new 17-inch alloy wheels, the Brezza gets new 16-inch alloy wheels.

On the inside, both get Maruti’s new 9.0-inch SmartPlay Pro+ software. Both also get the same toggle switches and controls for the HVAC. Where the trim elements on the Brezza flow from the dash to the centre console, the trim elements on the Fronx are restricted to the top half of the dashboard. The Brezza sports a flattish dashboard whereas the Fronx has a more flowing dashboard design. 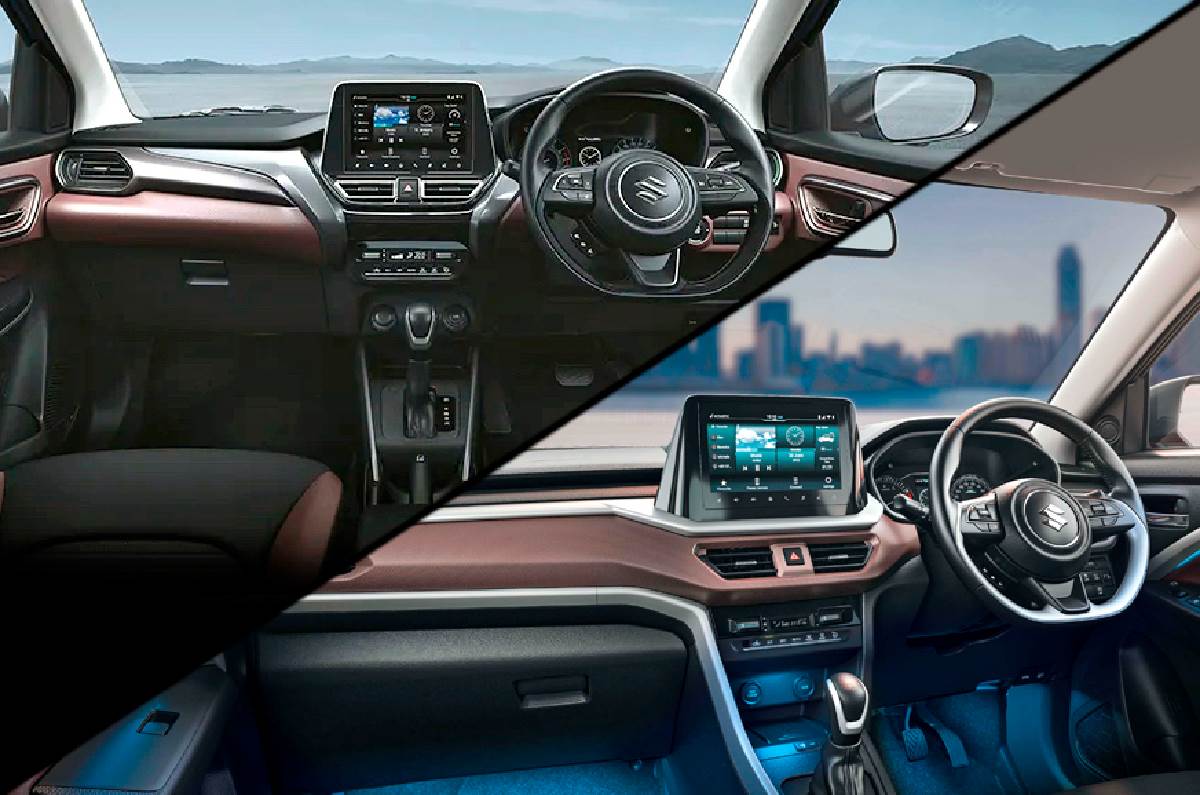 Interestingly, the Brezza is one of the two Maruti models to feature a sunroof – the Grand Vitara is offered with a panoramic sunroof. Common features on the Fronx and Brezza include wireless Android Auto and Apple CarPlay, 360-degree cameras, head-up display, cruise control and wireless charging. 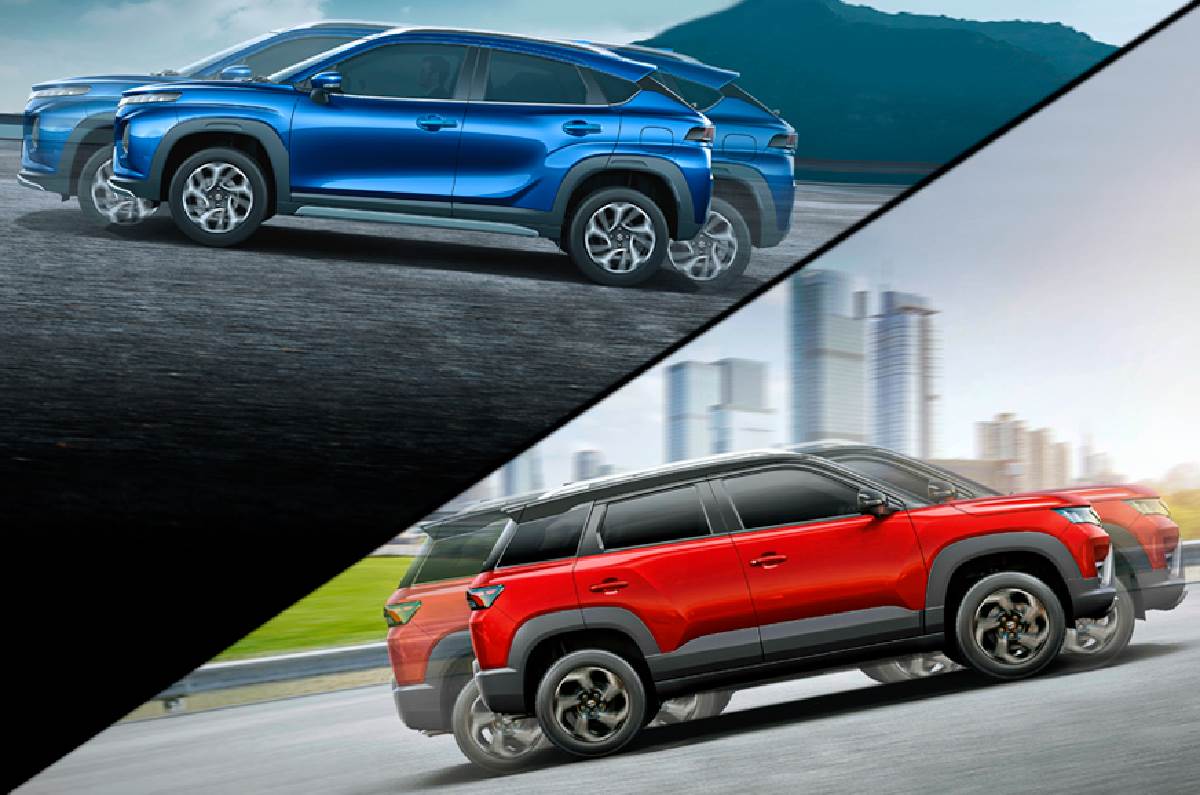 The Fronx (left) and Brezza (right) both measure less than 4m in length.

Both fall under the sub-4m category to reap the benefits of various subsidies that the government provides. The Fronx measures 3,995mm in length, 1,765mm in width and 1,550mm in height with a wheelbase of 2,520mm. The Brezza has the same overall length, is 25mm wider but more importantly, is 135mm taller than the Fronx. However, the Brezza’s wheelbase is 20mm shorter than the Fronx. The ground clearance of the Fronx, at 190mm, is just 8mm lower than Brezza’s ground clearance.

Interestingly, the Fronx and Brezza rival the same set of SUVs – Tata Nexon, Mahindra XUV300, Kia Sonet, Hyundai Venue, Nissan Magnite and Renault Kiger. Where they will differ is the positioning in Maruti’s portfolio. As mentioned, the Fronx will be available through the brand’s more premium chain of dealerships – Nexa – while the Brezza retails through the more mainstream Arena dealership. The difference will essentially boil down to the buying experience from each dealership. 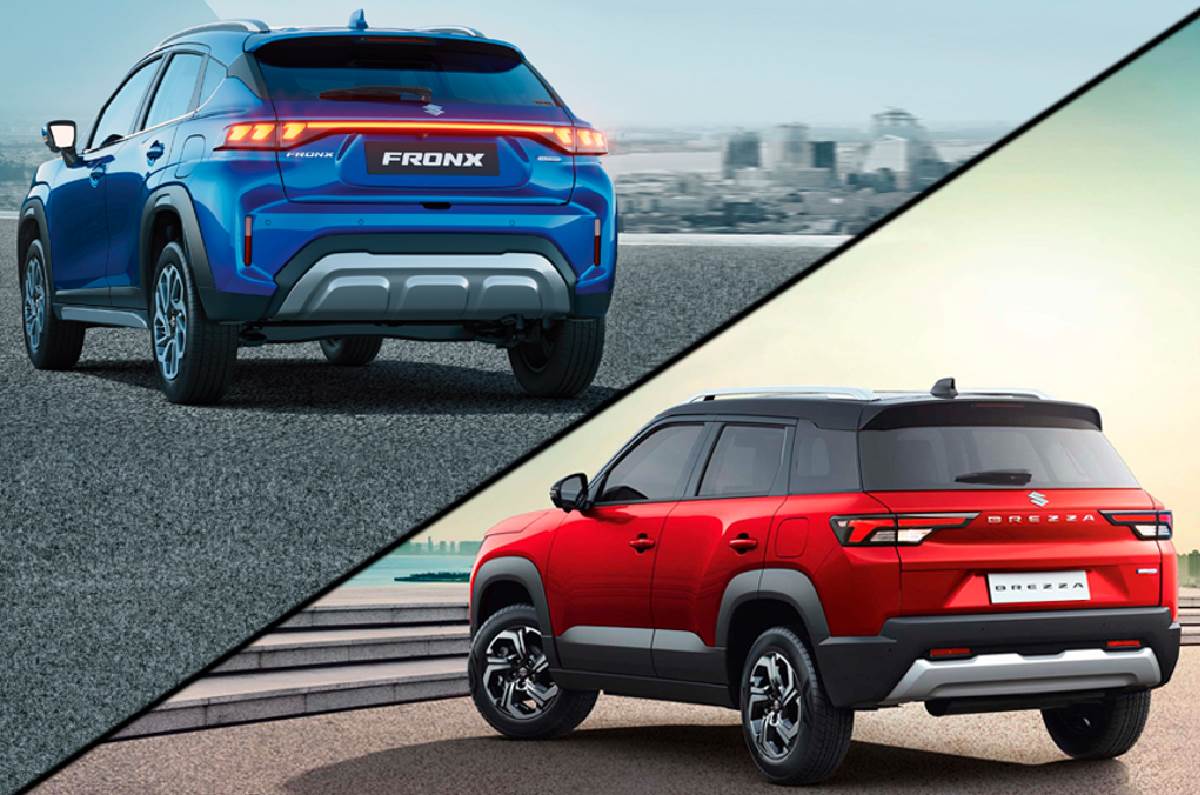 The Fronx will go on sale in April and is expected to be priced around Rs 8 lakh-Rs 11 lakh. The Brezza is priced between Rs 7.99 lakh-Rs 13.80 lakh (ex-showroom, India).